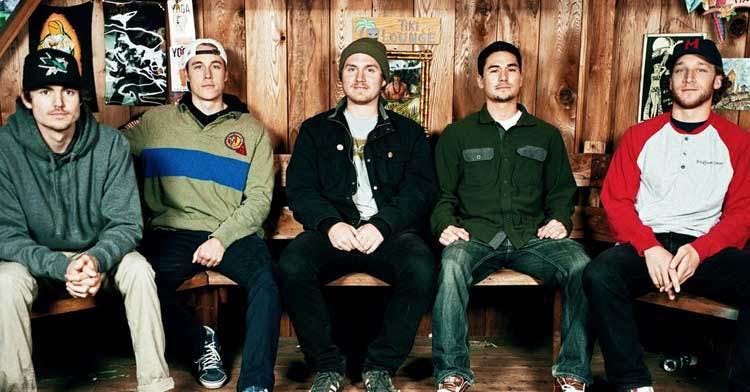 California pop-punks The Story So Far have caused controversy at a recent show in Canada.

The group have been banned from playing Toronto‘s Mod Club after a truly shocking video was posted online showing frontman Parker Cannon kicking a girl offstage on Sunday, April 10. The appalling incident happened during their performance of High Regard as the female fan was facing the audience taking a selfie.

Parker Cannon and The Story So Far have yet to officially comment on the incident. Kerrang! has reached out with a view for Parker to explain the incident. At the time of writing there has been no response.

The rock community has been incredibly outspoken about the event, and the Mod Club have since announced they will not be booking the band again. Speaking about the incident, Mod Club general manager Jorge Dias says: “On behalf of the venue we are appalled by the actions of the singer and do not condone these actions by anyone. There was no report of injuries and the venue will not allow the band to play the venue again for their actions. I have never imagined and never seen anything like that at the venue in 14 years in operation. That was a very cowardly act.”

You can watch the video of the event below:

Notably, it is not the first instance of an event like this at a TSSF show. At a show in Houston, Texas, on June 2, 2015, Parker kicked a fan during a performance of All Wrong.