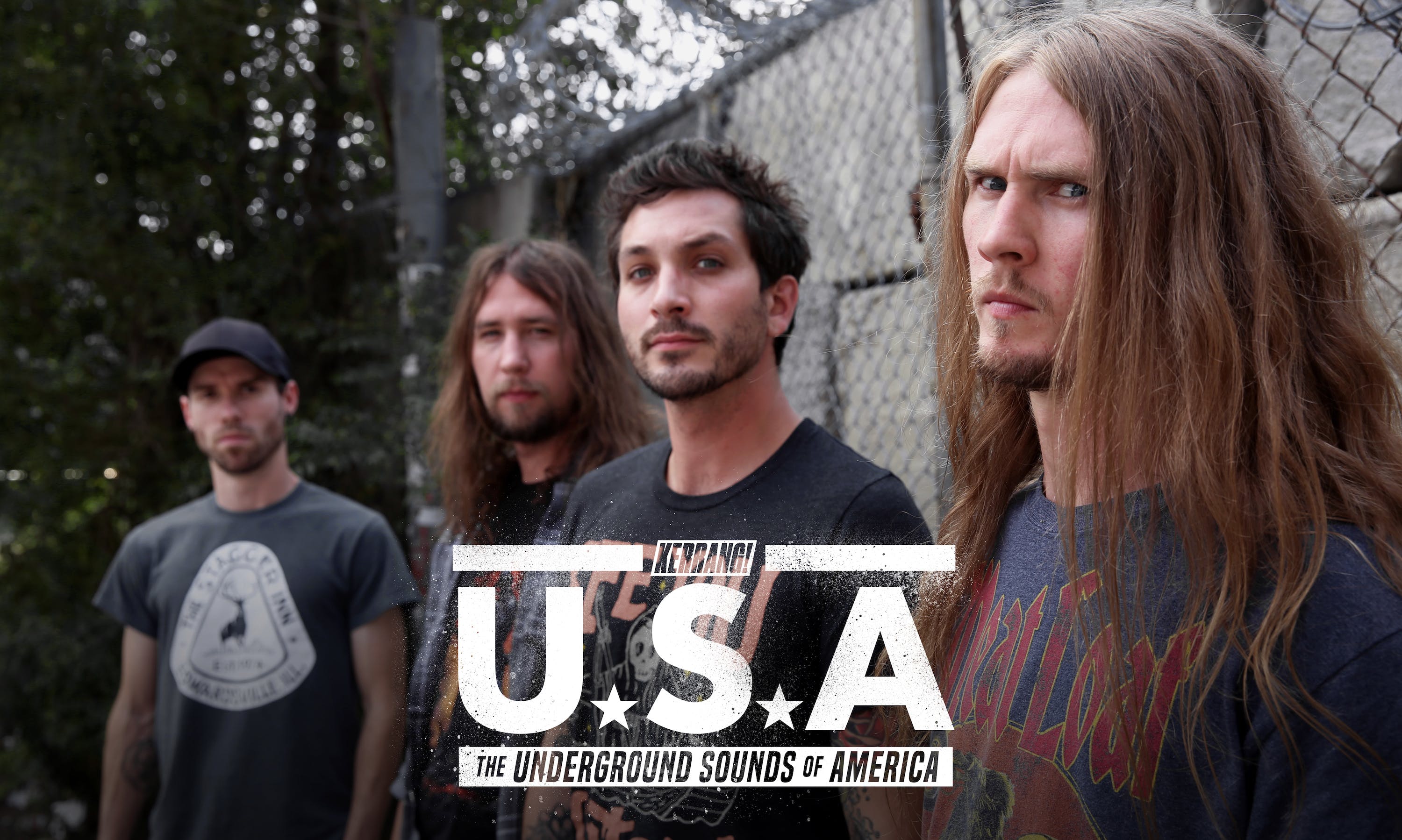 Welcome to the latest installment of USA: The Underground Sounds of America, our brand new series that shines a spotlight on the most underrated rock, metal, punk, and hardcore bands in the United States. Each week, we ask one band member to answer five unique questions so you can get to know them better. Because if you aren’t already a fan of the artist featured below… you should be.

Perhaps “Black Fast” is a bit of a misnomer: the band does, indeed, play with an insane level of speed – but the four musicians that make up the St. Louis, Missouri band are anything but evil, corpsepaint-wearing Satan worshippers.

“I had that name in my head since I was a kid,” explains Aaron Akin, vocalist and rhythm guitarist. “I heard some bullshit thing about how before a priest does an exorcism, he does a fast – called a ‘black fast’. As a kid, I thought, ‘That would be a cool name for a metal band one day.’”

Indeed, it is. And after producing a killer debut EP and three phenomenal full-lengths, the band has established itself as one of the best technical thrash metal outfits in the States. Yet, much like their name, Black Fast's music borrows from a few different metal sub-genres – including thrash, black, and death metal. But their sound is less of an intentional creation, and more the result of a wide array of influences.

“It was never like, we were gonna be ‘this band’ or ‘that band,’” Aaron explains. “We would just go into a room and play. And that’s what we sound like.” Though he does readily admit, “We’re a guitar riff band.”

In this way, they share a lot in common with crossover predecessors such as Vektor, Skeletonwitch, and Power Trip – all of which use thrash as the canvas to paint upon with progressive, black metal, or hardcore punk strokes. And while Black Fast has yet to achieve the level of mainstream recognition it deserves, its crossover sound does appeal to a wide array of metal fans.

“For the most part, we’re playing in front of people who don’t know who we are,” Aaron says. “I feel like every room we’ve been in, we’ve at least had a fighting chance. The majority of the time we’ll win that room over.”

It’s getting easier and easier for them to do so, too. With each album release, the band’s songwriting has improved; its sound, further solidified. Like their previous album, Terms of Surrender, their latest effort, Spectre of Ruin, was recorded by Hate Eternal vocalist and ex-Morbid Angel guitarist Erik Rutan, who has produced albums for legendary bands such as Cannibal Corpse, Goatwhore, and Vital Remains. Spectre pummels listeners out of the gates and barely ever lets up, with insanely paced tracks that lean more heavily into black metal and have a more uniform feel than ever before.

Hot off the heels of a mini-tour with neo-classical icons Exmortus, and in the midst of another with metalcore trailblazers Ringworm, the band stopped by our New York office to chat. We asked Aaron Akin five quick questions to learn a bit more about the man who screams bloody murder for the band onstage each night. As you’ll probably be able to tell, despite the intimidatingly intense nature of his band’s music, he’s not a man without a sense of humor.

1) If you had to play one Black Fast song to someone unfamiliar with a band as an introduction, which would you choose and why?

Our newest album’s opening track, Cloak Of Lies. It has just about everything in one song that we are wont to do: a maniacal solo; a dissonant solo; a flurry of different types of riffs that we seem to fancy in our writing. As of 2018, it feels like one of our more ‘complete’ songs, in that it sums up a lot about our band to this point.

Personally and without labor:

3) What's the most metal thing you've ever done?

I caught Paul Bostaph’s drumstick from the balcony at a Testament gig years ago. I swear he looked me in the eye and threw it right at me. I still have it.

4) Outside of music, what hobby are you most passionate about? How might it inform the music that you play?

St. Louis Blues hockey and fishing. Both are mired in mediocrity and long spells of boredom.

5) What was the craziest thing you experienced while formerly working as lead guitar salesman at Guitar Center in St. Louis?

I watched from the guitar counter register as my youth coldly slipped away.