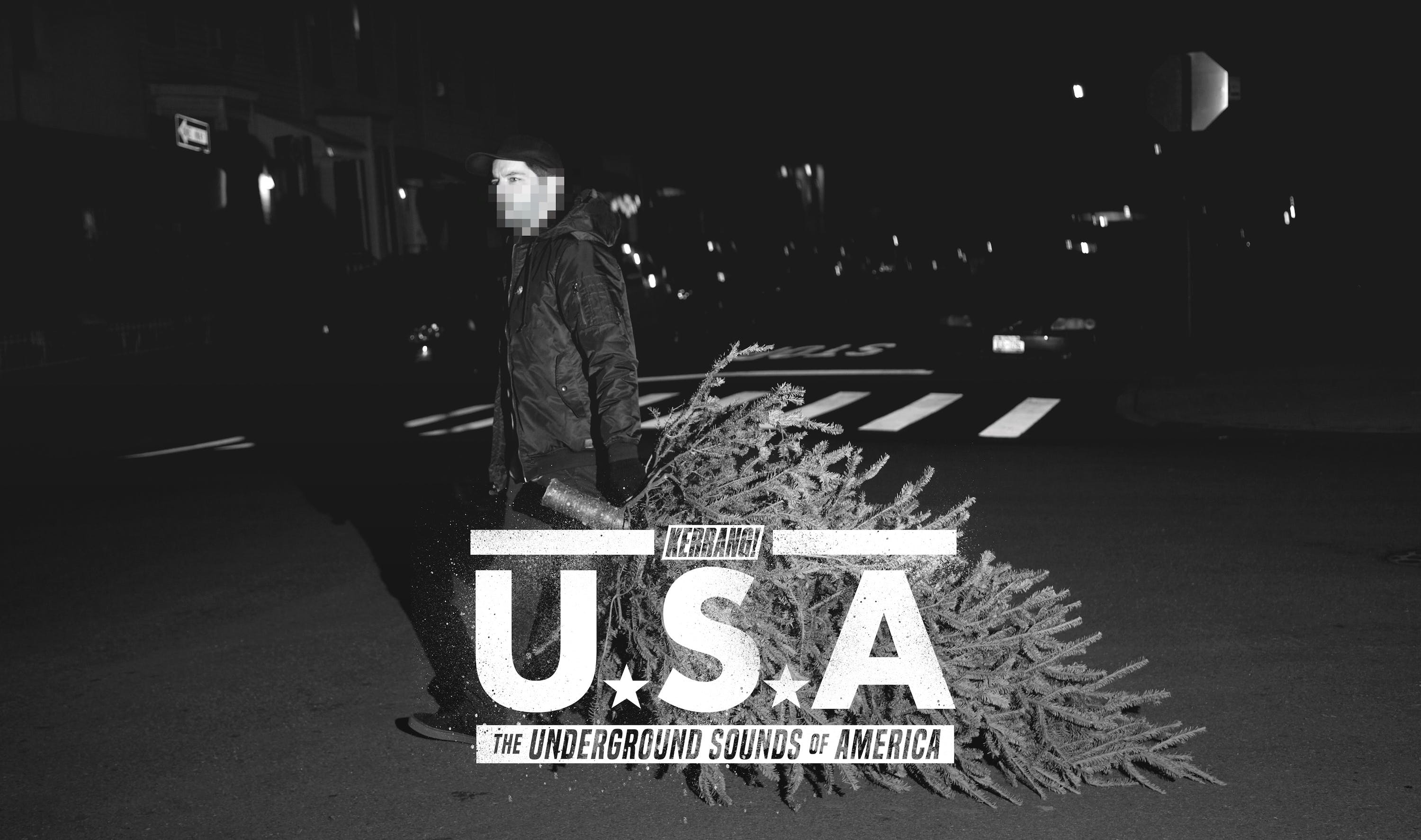 Welcome to the latest installment of U.S.A.: The Underground Sounds of America, our brand new series that shines a spotlight on the most underrated rock, metal, punk, and hardcore bands in the United States. Each week, we ask one band member to answer five unique questions so you can get to know them better. Because if you aren’t already a fan of the artist featured below…you should be.

If you listen to hardcore or metal, chances are you’ve heard Damien Moyal’s voice before. The Floridian-born, Michigan-based vocalist has been in more bands than a Code Orange song has breakdowns – but his most notable credits include providing vocals for metalcore pioneers Culture, shepherding Shai Hulud to a record deal as the founding frontman, and performing as sole vocalist for melodic hardcore band As Friends Rust.

These days, when he’s not working as an industrial designer (he still handles most of the layouts of his records), Moyal is putting his creative energy into a solo project called Damien Done.

When As Friends Rust disbanded in early 2002, Moyal decided to go back to school to focus on art and design – but he couldn’t leave music behind entirely. He recorded an EP’s worth of solo material that sounded nothing like the soundtrack to his past life: dark, angular, art-rock that blended acoustic guitar with sung (rather than screamed) vocals. The music would be shelved until 2016, by which point he had amassed a collection of other writings and recordings that ranged from minimalist and experimental to slow, heavy blues and grunge.

But whereas his earliest solo work sounds tentative – as if temperature checking the pool with a big toe -- with each year that passes, Moyal has honed his songwriting and production skills into sharper weapons. The culminating of his efforts is this year’s release, Charm Offensive, which infuses elements of his previous work with a moody – yet lush -- post-punk-meets-pop sound like that of Interpol or Grave Pleasures.

With such a killer LP under his belt, we decided it was time to sit down with the hardcore legend to ask him five burning questions, and learn more about what inspires him in this new era of his creative career.

1) You’re a designer by trade; the artwork for all of your DD releases thus far can be linked by a common motif of obstructed / covered faces. Can you reveal anything about the meaning behind that artistic choice?

In a lot of my songs, the protagonist (or antagonist...the line is often blurred) is living a double life, and often has innocent motives or intentions that are corrupted by something darker. Like the girl in Roof Access, who is enamored with her neighbor and has found a way into his apartment to watch him sleep -- or the guy in Curious Thing, who loves his wife, but has been coerced or blackmailed into some unfathomable crime and fears losing her should she find out. Going further back to the Stay Black EP, the song I Want to Solve the Problems in Your Dress is told from the perspective of the ‘other man’ in an affair, who prays for the death of his lover's husband. I guess the obstructed faces in Alison Brady's portraits -- especially given her penchant for lace and flowers -- capture that contrast, or corrupted beauty well. Something is hidden, while all else looks peachy keen. In the case of the Charm Offensive cover, shot by Nathaniel Shannon, that idea of depravity and innocence working in unison takes the form of a lovestruck stalker.

2) If you had to pick one recording from any of your previous musical projects that you're most proud of, which would it be and why?

Of all of my previous projects, As Friends Rust will forever be my ‘main’ band. Regardless of the incarnation (there were three) or the recording quality, the entire catalog is terribly personal, and the experiences I had in that band were so profoundly formative. While I think the six-song EP best captured the band at its most messy and intense, the Won LP is probably the one I'm most proud of, because it marked a new, more irreverent chapter for me lyrically and vocally.

3) What's the worst experience you've ever had on tour?

There was an As Friends Rust show in Beauvais, France (outside Paris) in 1998 that was pretty nightmarish. The show was a Tibetan freedom benefit, and sort of a small, all-day, indoor festival. We were touring with Discount, and that evening, prior to playing, some attendees told us that they'd seen some neighborhood kids smash the window of one of our vans. We had a look and realized they'd stolen a bag.

A bit later, we were told that the same kids had returned and were loitering outside of the venue antagonizing show-goers. I confronted them pretty aggressively, threatening one of them with a glass jar of peanut butter. They calmly said, in broken English, ‘We'll be back soon.’

Later, as we were getting set up, we'd noticed we forgot the power converters in our van, so I went out to get them along with two friends / roadies named John and Peter. While we were digging around in our van, we heard a stampede of people, and saw that these kids had indeed returned, and brought with them a few dozen friends and family. They had weapons -- guns, sticks, bats and dogs -- and were starting shit with anyone who happened to be outside. Then they all seemed to notice us at our van, and charged toward us.

John ran down the street while Peter and I jumped in the van and slid the door shut. We each laid down -- he across the front bench, and me across the bench behind his -- and within seconds the mod descended upon our van. They started rocking it, as if to flip it, and starting smashing the windows. Glass rained down on us, along with spit and all sorts of French yelling and cursing. At one point they slid the door open and tried to pull Peter out by the ankle. I covered my face to shield against the glass (and prevent being recognized) and peeked once only to see the barrel of a pistol aimed at me, which the guy then moved over the seat to Peter's head and back.

Suddenly and inexplicably, it all stopped and they took off running. John was found knocked unconscious a block or so away by either the butt of a gun or the power converter he'd been carrying. We didn't play, instead driving back to Charles de Gaulle Airport to get a new van. The drive was miserable, because it was the dead of winter and there were no windows in the entire van, including the windshield. We had our sleeping bags over our entire bodies like socks.

Sadly, this was not the only encounter with guns on that tour.

Above: Moyal on tour with Culture, as shot by Nathaniel Shannon

4) Who are your five greatest musical influences?

5) Outside of music, what hobby are you most passionate about? How might it inform the music that you play?

I'm a new, first-time father of an 8-month old, and it's already, far and away, the most incredible thing I've ever been a part of. He's just the coolest, funniest dude, and spending time with him and my amazing wife is pretty much my favorite thing to do on earth.

Aside from that, I've never been much of a collector, but I did recently get back into amassing M.U.S.C.L.E. figures and various Kinnikuman-related shit -- which is the Japanese franchise from which M.U.S.C.L.E. spawned.

Charm Offensive is now available for streaming, and will be released in Europe on Hypertension Records.

Don’t forget to catch Damien Done on tour when he comes to Europe this month!