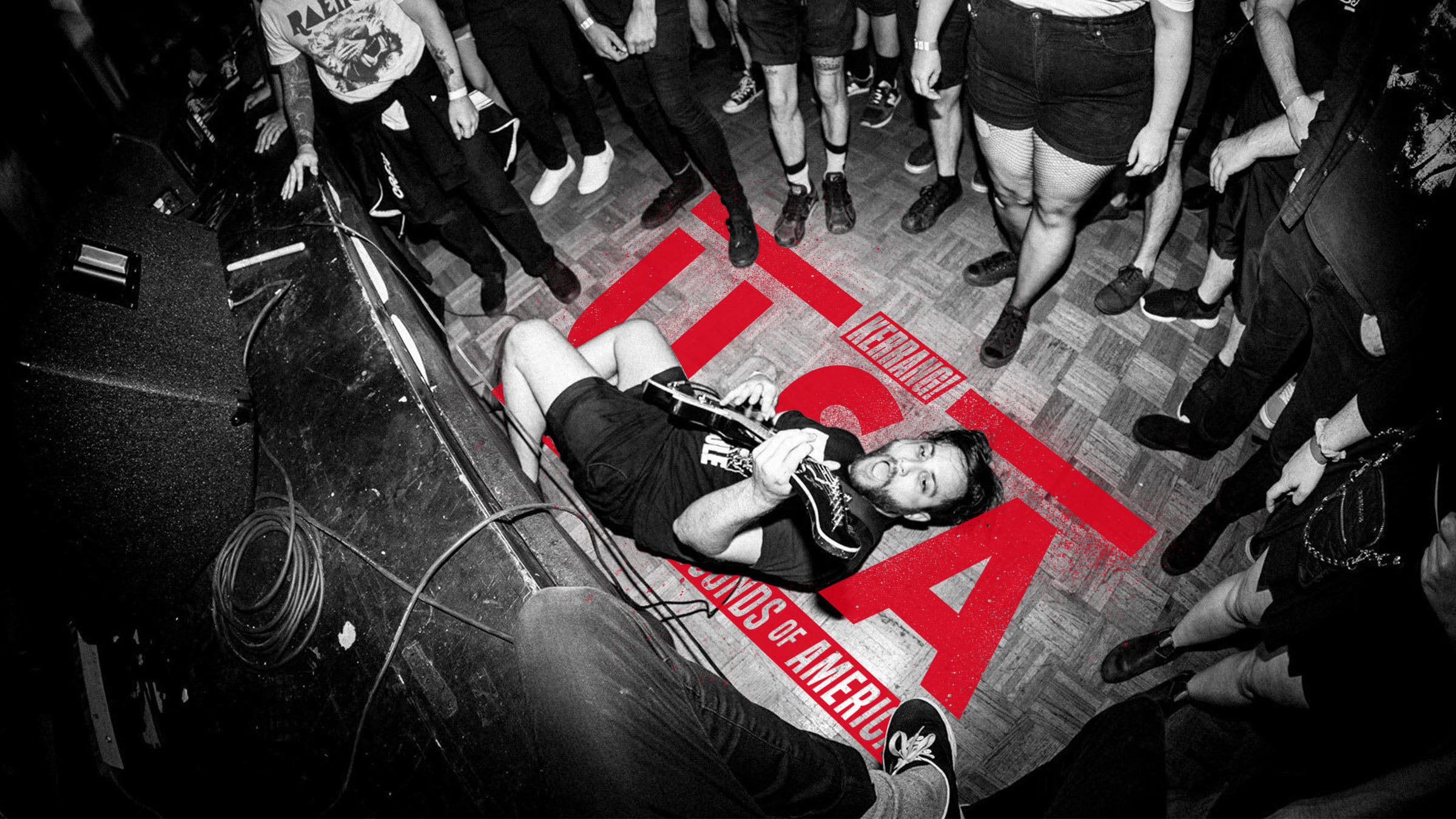 Trying to wedge Gillian Carter into a typical musical niche just isn’t worth the time that could be spent listening to their music. The obvious elements audible in the band’s songs are hardcore, screamo, and noise, carried by endless waves of crashing drums, aching riffs, and distorted shrieks. But then a passage of black-metal tremolo picking or lonesome harmonica will break through the track, both sending the listener for a loop and sounding perfectly at home in the middle of that song. The band are eclectic to be sure, but possess a unity of sound that ties everything together.

Some might find it surprising that Gillian Carter hail from Orlando, Florida, land of beaches and amusement parks. But frontman Logan Rivera will tell you that his crushing, unorthodox band wouldn’t exist without the local Florida music scene.

“If it wasn’t for seeing Beneath Low Flying Planes for the first time, this band wouldn’t exist,” says Logan. “Back in the early 2000s in Melbourne, Florida, with Josh Benfield and Little Reggies, it didn’t get any bigger or better than being a part of that scene. Florida bands like BLFP, Capsule, Devices, Allegory of the Cave, Crusades, Carrier, Give Up, Tunes For Bears To Dance To, and many, many more pushed us to try harder and be better. They just made you want to make music of some kind.”

That ambitious passion can be heard Gillian Carter's 2018 release, …This Earth Shaped Tomb. On tracks like A Complete Disconnection and Distant Blue Ambiance, the band teeter wildly between moments of sweaty melancholy and blasts of unbridled anxiety and frustration. The record shows a distinct maturation over the band’s previous release, Dreams Of Suffocation, both in its unity of tone and in its emotional process.

“Honestly, every album progresses in sound with different subject matter,” says Logan of the band’s trajectory. “So far in writing this next batch of songs, they are more aggressive, but there’s always room for experimentation.”

Dumbfounded by the raw power of it all, we reached out to Logan to find out what drives Gillian Carter -- and how often they get bugged about their name.

1) If you had to play a newcomer one Gillian Carter song to introduce them to the band, what would it be?

Hands down, This Rotting Vessel Appears. That’s a song we’ve been gradually working towards for a while. It incorporates a lot of our favorite elements musically. Probably my favorite set of lyrics I’ve written to date as well.

2) Who would you say are Gillian Carter's five biggest musical influences?

3) Who would be on your dream tour?

Slipknot, Converge, Mutoid Man, King Woman, Floor, and us. It would be called The Progressive Yelling Music Tour, and Slayer can join late as part of their 17th farewell tour.

4) What's your biggest hobby outside of music?

I recently got back into painting, so I’ve been enjoying that a good bit. We dabble in writing skits, and also do a podcast called Young, Hip, & Sexual Podcast, where we don’t talk about any of those three topics.

5) Do people pull the Alice Cooper thing and ask you which member is Gillian, or assume you're fronted by a woman?

Not so much anymore, but back in the day it happened all the time. When we were a two-piece we’d say one of us was ‘Gillian’ and the other was ‘Carter.’

Gillian Carter's …This Earth Shaped Tomb is out now on Skeletal Lightning Records, and available for download.

Make sure to catch the band at one of the following dates: