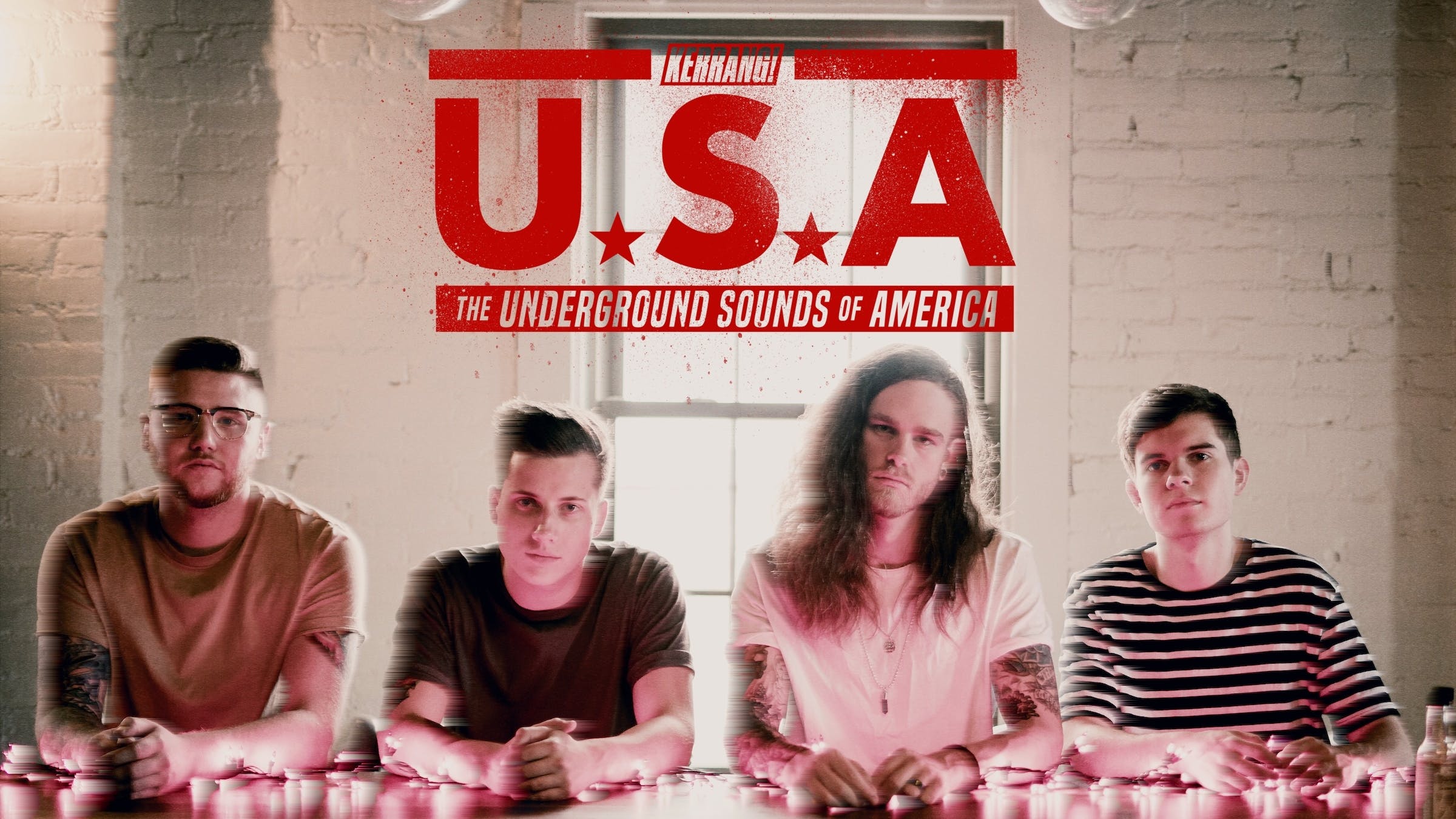 Welcome to the latest installment of U.S.A.: The Underground Sounds of America, our series that shines a spotlight on the most underrated rock, metal, punk, and hardcore bands in the United States. Each week, we ask one band member to answer five unique questions so you can get to know them better. Because if you aren’t already a fan of the artist featured below...you should be.

Listening to Half Hearted right now, one can hear a band in the midst of a creative growth spurt. There’s no argument that the band’s 2018 EP How To Be Alone showed off the potential energy behind this Hartford, Connecticut, four-piece with its jagged-edge guitars, soaring vocals, and moments of dreamy progressiveness. But Half Hearted’s newest crop of singles see this sound progressing even further, showing off moments of upbeat hard rock and jittery pop that’ll have fans of newer Bring Me The Horizon and classic Fall Out Boy chomping at the bit.

“[How to Be Alone] was written with the idea of still trying to be a heavier band, but also being 100 per cent singing,” say the band. “We like some of the songs on that EP, but overall we think that if we sat down and spent more time on it, it would have come out way better. That’s why we took the entire year of 2019 to write our debut album. We wanted it to be as good as possible, and we think the songwriting on the album is miles above anything on the EP!”

Liar, Half Hearted’s latest single – streaming exclusively below – shows off just how big a shift the band’s development is. Bouncy, soulful, and highly polished, the track is worlds different from the grinding emo punk of How To Be Alone. And while certain elements of the band’s earlier sound can be heard throughout, the song shows off just how many diverse new influences these guys are willing to bring into their sound.

“Nothing is off limits to us, but having interesting instrumentals is something that we really like to do!” they say. “Liar is a straight up alt-pop song. It’s drastically different than anything we’ve ever done before, but the guitars are still rippin’ through the entire song! Just because a song has a simple structure and a pop-influence doesn’t mean that you have to water-down your instrumentals and make it boring."

Before streaming Liar below, we caught up with Half Hearted about their slowly-mutating new sound.

1) If you had to play a newcomer one song to introduce them to Half Hearted, what would it be and why?

We have two new singles from our debut album out currently. One is Vicious Cycle and the other is One Drink. Both represent us as a band super-well, but if we had to choose one, we’d have to go with One Drink. It has one of our favorite choruses, some cool riffs, a guitar solo, chilled out parts, and even some crazy synth parts. It’s pretty much every element of our band jammed into one song!

READ THIS: 12 albums where an artist did something totally unexpected

2) Who would you say are Half Hearted's five biggest musical influences?

We all have drastically different tastes in music, and they all come out in our songs in one way or another. Our singer, Sean [Dalke], is super influenced by Queen, as well as a lot of pop bands like Emarosa. Our guitarist, Jay [Grandell], and our drummer, Parker [Fortune], are into bands like Silverstein, Underoath, The Used, etc. And blink-182 is our bass player, Nicolas [Viglione]'s, favorite band.

3) Does being from Connecticut inform or influence your music, and if so, how?

The vast majority of bands in Connecticut are playing heavy music, which we also kind of got pushed into when we first started. It was a lot of fun, but after we had a ton of line-up changes, we established Half Hearted as the four of us in 2018. We got together one day and pretty much said, 'Why are we trying to make heavy music? Why aren’t we playing to our strengths and just writing the best songs we can?' So with that in mind, we wrote our debut album, which we would consider a rock album overall. We’re very happy with it and we think it sounds different than a lot of music coming from our state!

4) What is it about making Half Hearted's music that you find the most satisfying?

We are a fully self-produced band now, and that changed everything for us. No outside opinions influence anything we do, and we are free to explore every idea we have, no matter how weird it might be. Self-producing also makes it so much more satisfying to release music. If someone says they like one of our new songs, it means so much to us, because it was written/mixed/mastered 100 per cent by us. Our single One Drink has been getting some radio play, and it’s so cool that we can say, 'Wow, we have a song on the radio that we payed $0 to record because we did it on our own.'

5) What was the craziest thing that happened at your first sold-out headline show last February?

Something people probably don’t know is that Sean got food poisoning that day and he was throwing up right before we had to go onstage. So that was a bit stressful! But he powered through and made it happen. Also, just the fact that the show sold out was mindblowing to us. We had 300 of our biggest fans/friends packed into one room and it was an incredible night. We have our album release show at the same venue coming up in a couple weeks, so we hope we can sell it out again. Fingers crossed!

Check out our exclusive premiere of Half Hearted's Liar below:

Catch the band live this month:

READ THIS: The 25 greatest emo albums ever