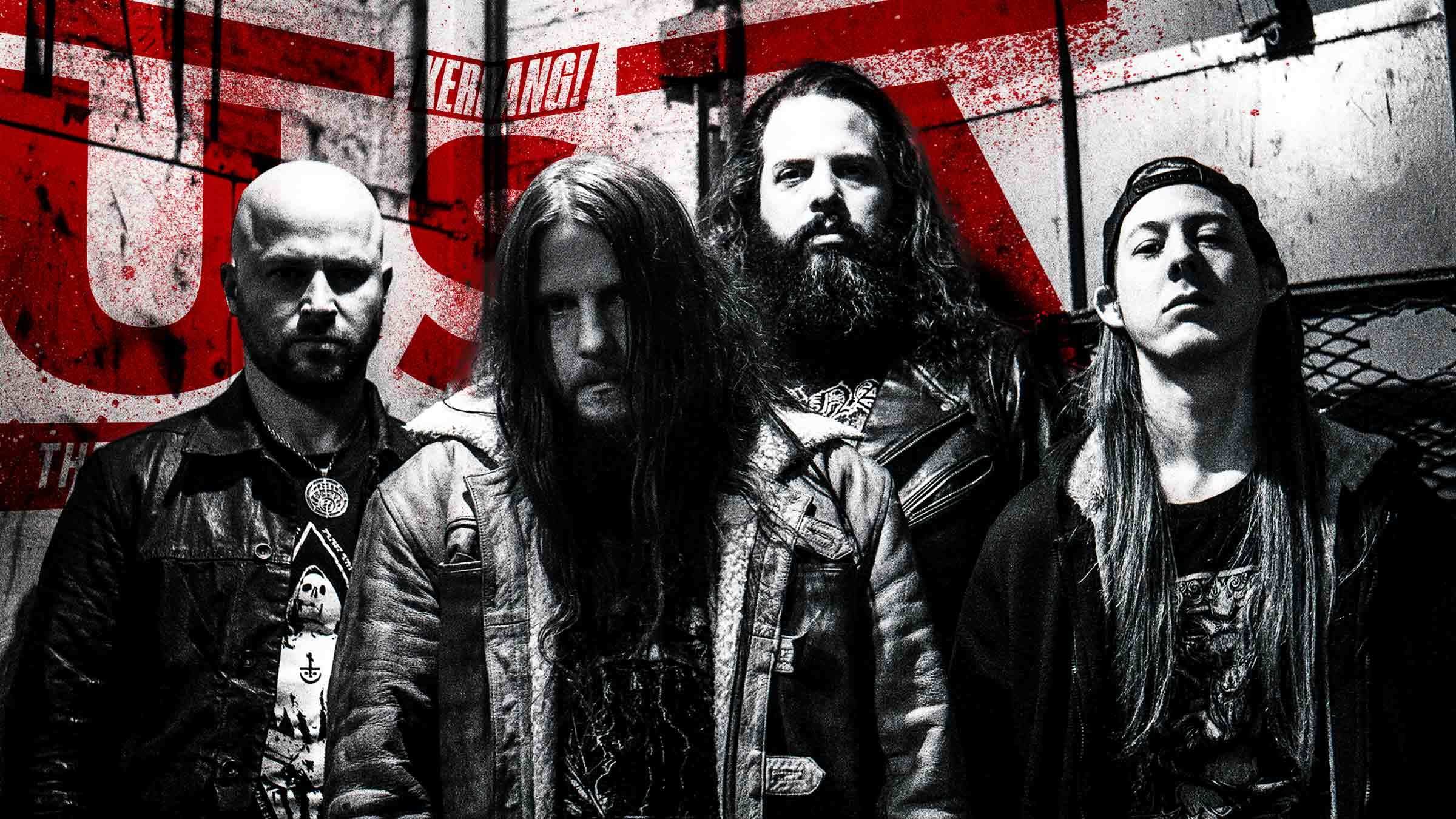 Some bands are known for pushing the envelope; Lord Mantis have made their reputation by yanking it wide open and making the world look inside. The Chicago blackened sludge quartet manage to surprise and skeeve out listeners with every new release, courting a scathing, tormented sound that evokes images of bloating corpses and crime scene Polaroids. Now, three years after their last EP came out and five since they dropped their last studio album, the band have returned with a new full-length, Universal Death Church. The reason for the delay?

“Well, maybe it's because those years have been absolutely brutal?” says guitarist/vocalist Andrew Markuszewski. “I had an epic bickering with another member of the band, and another member who also happened to be my best friend offed himself in that period.”

Andrew’s referring to Bill Bumgardner, drummer of Lord Mantis and Indian, whose suicide occurred only months after the release of the band’s 2016 EP NTW (short for ‘Nice Teeth Whore’). The loss can be heard on Universal Death Church, which is more languid and misery-choked than the energetic gush of its predecessor. Tracks like God’s Animal and Consciousness.exe take their time, dragging the listener to a dark, personal place rather than just overwhelming them. Part of this change is no doubt the band’s current line-up, featuring Abigail Williams frontman Ken Sorceron, Indian frontman Dylan O’Toole on select vocals, and former The Faceless drummer Bryce Butler taking over Bumgardner’s postion.

“This line-up brings an effective group of younger and older chaps together to once again service the needs of Lord Mantis,” says Andrew. “The intention and pool of emotions we draw from have always fundamentally been the same. I suppose you could say that pool has now turned into a lake.”

Feeling disgusting and kind of liking it, we asked Andrew and bassist/vocalist Charlie Fell about the bad news behind their Universal Death Church.

1) If you had to play a newcomer one Lord Mantis song to introduce them to the band, what would it be and why?

Andrew Markuszewski: The Whip and the Body. Why? Because I deserve my desire.

2) Who would you say are Lord Mantis's biggest musical influences?

Charlie Fell: This is always hard to answer since it changes so much, but if there's some bands we all really loved I would say Ministry and Skinny Puppy along with shit like Buried At Sea and Indian.

3) Does being from Chicago inform or influence Lord Mantis's music, and if so, how?

CF: Absolutely, Chicago's in its golden years of decay, kinda like ‘70s New York City. It's a special kind of hell, and is possessive, makes you do some things you probably wouldn't if you didn't live with a good bit of terror mixed in with that desperation.

4) Lord Mantis are known for their intense and awesome cover art. What went into the art for UDC? What's the idea behind it?

CF: I had done some work for [Von frontman and black metal forefather] Venien when he was getting Von back together and he gave me this amazing painting he did of this monster that was trying off and shooting up all these souls. I had it framed and have been hanging on the wall for years now, and it really mirrored my life as I was going through my own hell with drugs and depression. Originally I wanted to just use that piece, but Drew and I agreed that we didn't want the album to have that kinda drugged-out, played-out rock trope. So we had him to do another piece that was similar but not so direct. It ended up being perfect, and although Venien can be a handful sometimes, the dude’s a visionary musician and artist who deserves to be working with more bands. I think the split with him and the other Von dudes confused the shit out of everybody and nobody realizes that he's the dude behind that legacy of that band.

5) What's one time something has gone terribly wrong or miraculously right for the band?

CF: Everything has gone the way it's needed to be what it is. I guess I would like if Bill was still here; that's the only thing I feel is lacking from this reunion.

Lord Mantis' Universal Death Church comes out November 22 on Profound Lore, and is available for preorder.