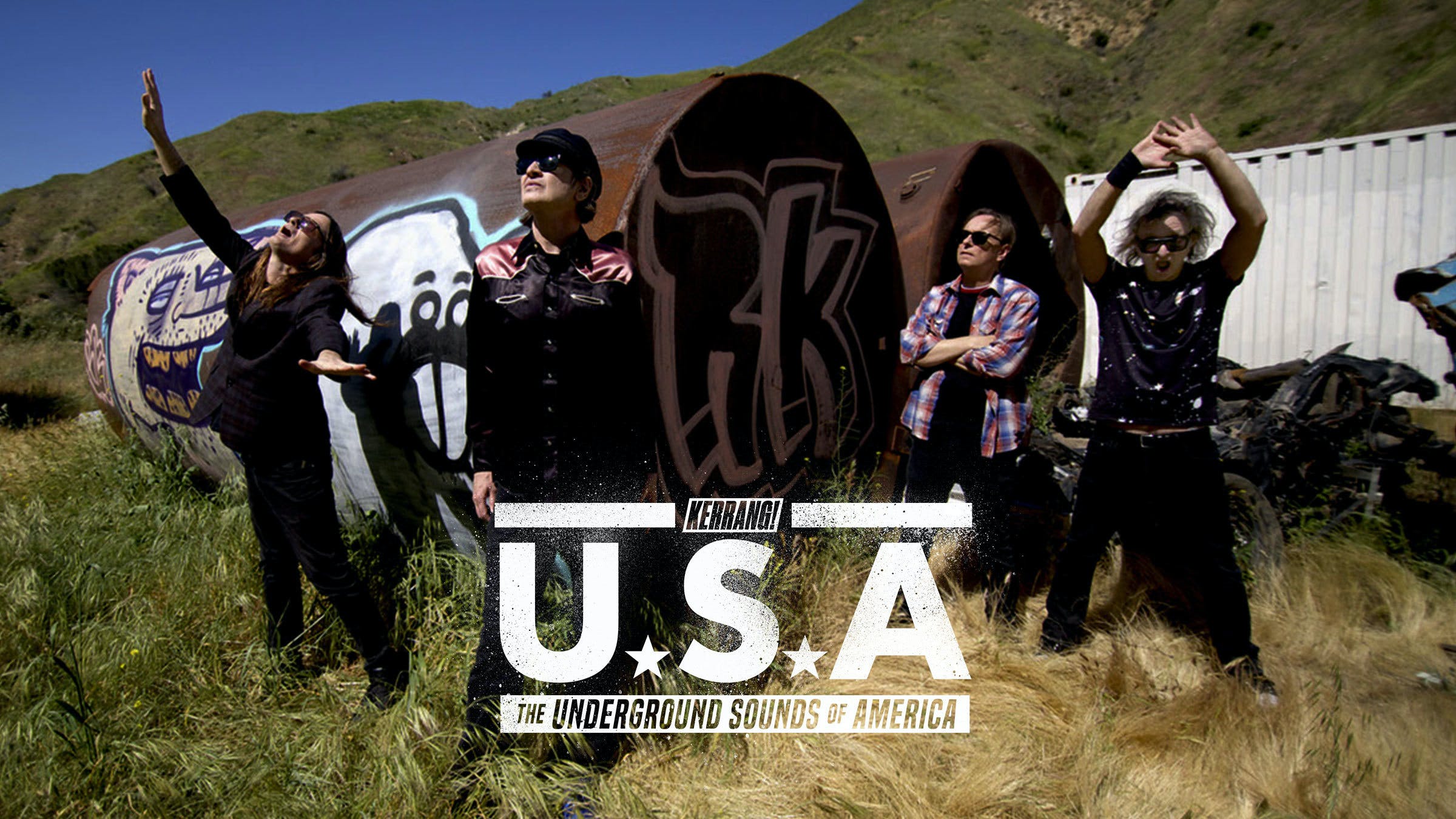 For purist rock and metal fans, Redd Kross might raise a lot of questions. For example, how has this band this eclectic survived since the birth of Los Angeles punk in the late ’70s? How do two brothers make music that sounds like nine bands from different backgrounds jamming together at once? What kind of music even is this?

“I don't really think in terms of genre when we're making music,” says bassist and vocalist Steven McDonald. “If Jeff [McDonald, guitars and vocals] wants to use heavy metal double kick drums underneath a folky acoustic guitar, that’s fine with me. Whatever serves the song best is what we look for. At most, I probably try to consider, when thinking big-picture, whether or not we have enough up tempo, mid tempo, mellow… energy dynamics, I suppose you could call it. But it’s never really, ‘We need one more power-pop tune and then three more punk tunes.’”

Whatever Redd Kross are, it’s a ton of fun to listen to. The band’s new album, Beyond The Door, features the kind of big, playful hard rock that bands like KISS, Cheap Trick, and The Replacements made their name on. That the Brothers McDonald returned after nearly a decade with 2012’s Researching The Blues, garnering critical acclaim and reinvigorating interest in a band they formed in their preteens, is a feat unto itself; that they followed it up with as catchy, multi-faceted album as this speaks to both their tenacity and their raw talent. Through it all, the band has been driven by The Party, a philosophical concept based on having just the best damn time, all the time.

READ THIS: The Underground Sounds Of America: Bloody Hammers

“The Party on this record refers to a strange combination of gratitude to be making music and a 100 per cent sense of entitlement that we deserve to have the best fucking time there is to be had, without getting arrested or suffering hangovers,” says Steven. “All you gotta do is drop the needle down and start getting down with us… The Party is groovy, and everyone here loses control… YEAH!”

Having finally emerged from the sweaty crowd with two phone numbers and a case of the hiccups, we asked Redd Kross to tell us how they’ve come so far, and where they’re going.

1) If you had to play a newcomer one Redd Kross song to introduce them to the band, what would it be?

Well, any one song could only give a tiny part of the story. Since we started when I was 12 in 1979, it’s almost as if every song is somewhat misleading. That said I would probably choose my new favorite Red Kross tune Beyond the Door, because it was one of the funnest songwriting collaborations Jeff and I have ever experienced. Very unlabored, intuitive and natural.

2) What are you most passionate about outside of music?

Whatever Alfie, my 10-year-old son, is into it. He recently got me into basketball, and after 40-some odd years of disliking sports altogether, thats a pretty big deal! I also very much enjoy building recording gear from kits -- I suppose thats slightly musical in nature, but its mostly about getting high on solder fumes.

3) Who would you say are Redd Kross' five biggest musical influences?

4) What goes into writing the vocal melodies for and album like Beyond The Door? They feel very intricate and plotted.

Both Jeff and I tend to write our vocal melodies first and then cobble lyrics together afterwards. In general, I think we go with the melodies that come to us naturally when writing the song. The harmonies and other vocal parts are sometimes labored over… but thats more production than song writing, since lead vocal melody usually implies much of what we end up doing production wise with the vocals.

5) What's something you learned in the early ’80s punk scene that you still do, or use, today?

An antagonistic crowd is powerless against the magic of a great rock show. Never back down.

The band hits the road with the Melvins this fall, so give in to The Party at one of the following dates: