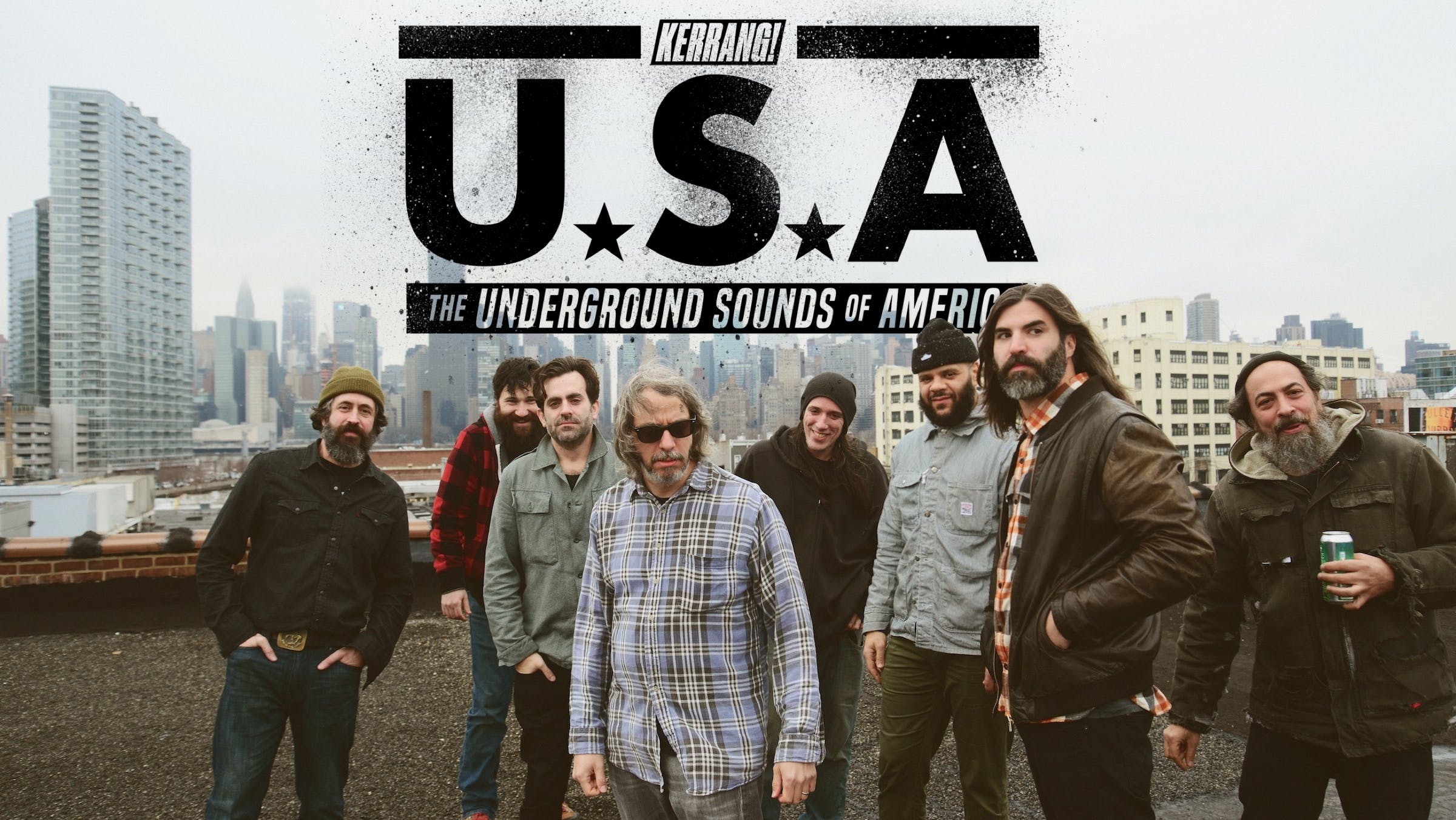 The idea of “evil funk” may raise some eyebrows among rock fans, but one listen to The Budos Band and even hardened metal purists will be boogeying with the best of them. The Staten Island, New York, nine-piece band play a dramatic brand of instrumental Afro-soul whose looming horns, steely guitars, and carnival keyboard accents are more reminiscent of ‘70s Dracula movies than they are platform heels. The band seems deeply in tune with this vibe, adorning their album covers with heavy imagery like volcanoes and venomous animals; the sleeve of their 2014 album Burnt Offering is so Frazettan that one wouldn’t be surprised if it tricked a metalhead or two into purchasing a copy.

“We needed to stake out new territory on Burnt Offering,” says baritone sax player Jared Tankel. “We see the first three albums as a trilogy and Burnt Offering was something new. We wrote differently, recorded differently, it was all something new for us. So we needed to break the sequence. Now that we have done that, it's time to return with V. We feel that we have taken the best parts of Burnt Offering and integrated it back into what grounded us in I, II and III.”

The band's fifth release, V, out this Friday, continues the Budos artistic tradition with a jet black featuring gothic fonts and a craggy mountain rising in the distance. Sonically, the album trades the lusher sound of Burnt Offering for trippier, more acidic tones that rely on straight-up proto-metal guitars and bass overlaid by sharp shocks of brass and hippie love cult organ, all set to a rambling mix of traditional drum and conga. The resulting music is cinematic yet menacing, the soundtrack to a bad drug trip in the desert in a blaxploitation flick.

That said, ask Jared what movie the Budos Band would love to rescore, and his answers are even more harrowing than you’d imagine: “Valhalla Rising...or Grindhouse.”

Hoping against hope that the Budos Band will someday rescore Valhalla Rising, we reached out to Jared to ask the burning question: how the Hell does one get nine dudes to show up to band practice?

5. Dyke and the Blazers

2) If you had to play a newcomer one Budos Band song to introduce them to the band, which one would it be and why?

Black Venom. It is off of Budos III and it really captures the transition we made that includes Ethio Jazz, but also hard rock.

3) Who would be on the Budos Band's dream tour?

4) Does being from Staten Island inform your music, and if so, how?

Yes. Staten Island is referred to many times as the forgotten borough. It's the most removed out of any of the five boroughs. We relish in that. It allows us to do our thing without being a "Brooklyn" band. We can do whatever we want in our little studio on the north shore of Staten Island and people leave us alone.

5) With the sheer number of band members in your band, is it difficult to organize band practice?

Absolutely. But if you order a pie and pick up enough six packs, we will be there. At the root of it all, we are brothers and we'll take any excuse to get together and see each other.

The Budos Band’s V comes out this Friday, April 12th, on Daptone records, but it’s already available for preorder.

Catch the Budos Band at one of the following live shows: