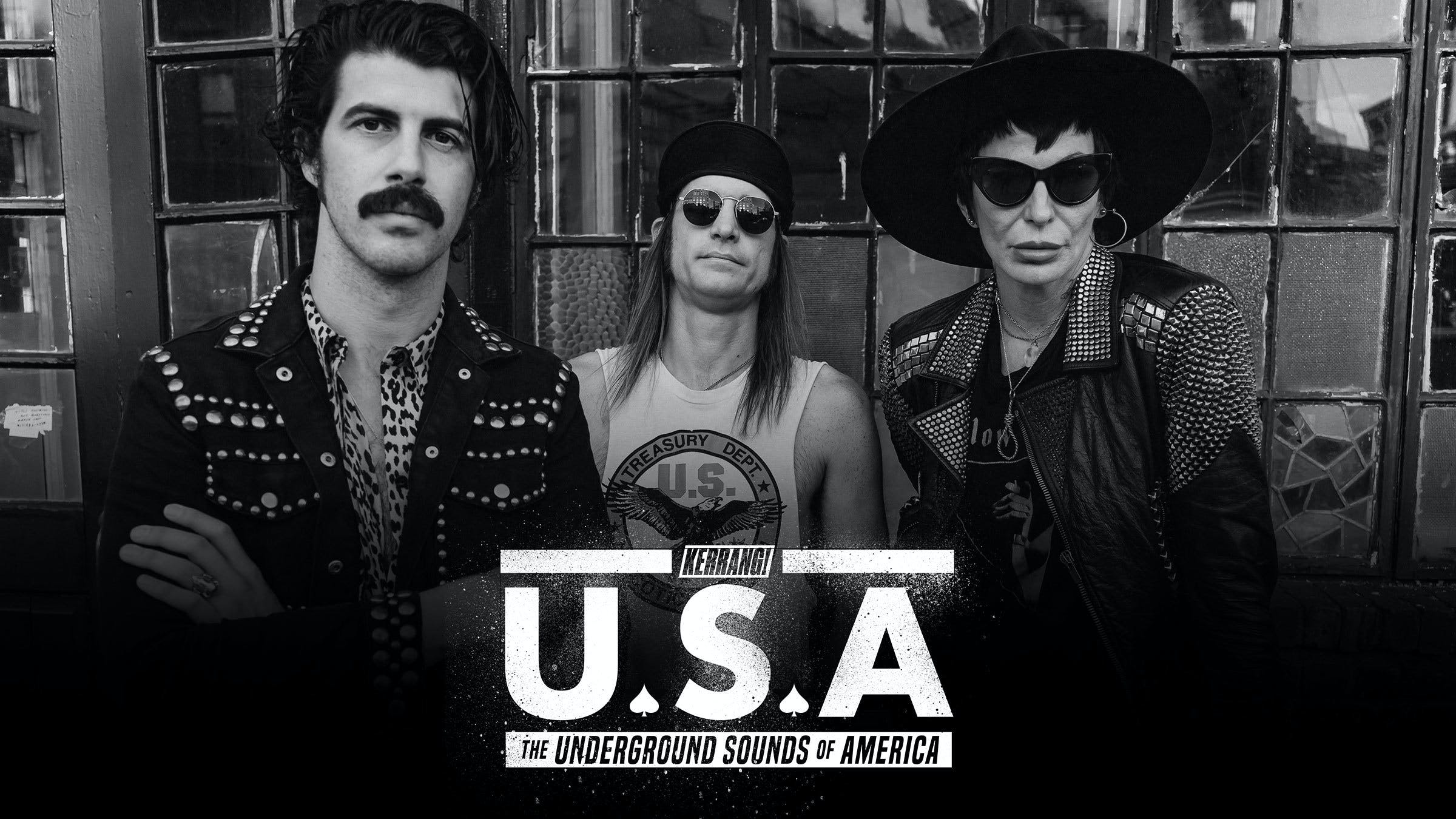 Ask The Shrine’s guitarist/vocalist Josh Landau to describe his band’s musical philosophy and he’ll tell you this: “Someone said to me it’s like a parking lot fight outside the Cuckoo’s Nest in 1982 between heshers and punks, except now they’re in the same band.”

For those not up on their underground music trivia, the Cuckoo’s Nest was a notoriously volatile punk venue in Costa Mesa, CA, that played host to everyone from the Ramones and the Misfits to homegrown legends Black Flag, Circle Jerks and TSOL. The joint only lasted from 1976 to ’81, but Landau’s point is taken: The Shrine represent what came after. Founded by Landau in skate mecca Venice, CA, the trio fuses Flag’s tireless work ethic with MC’s action rock attitude—with Stooges, Sabbath and Hendrix influences sprinkled liberally throughout. They self-released their debut album in 2011 on cassette and CD-R before signing with Tee Pee and eventually Century Media for their next three. In true Flag style, they’ve returned to self-releasing for their new EP, Cruel World.

“Corey was a friend, she came to some shows, and one time got up onstage and did a Motörhead cover with us,” Landau explains. “She was the obvious choice and we were so psyched she was into it. Corey brings an unmatchable swagger and attitude that puts fresh blood in our system. While we’re onstage I look over and there’s a seven-foot tall chick breathing fire!”

Landau recently gave us the rundown on growing up in Venice, fighting with his little brother on tour, and taking equal inspiration from Harry Dean Stanton and a certain Kardashian’s butt.

How has being from Venice informed the Shrine’s music?

I would see t-shirts on the skaters and homeless people and then I’d hear the music at the skate park — Misfits, Operation Ivy, Bad Brains and of course the locals, Suicidal Tendencies. As I got older, I learned that the Doors were from Venice, which rules. When I was in high school, I read books on punk like Please Kill Me and We Got The Neutron Bomb, and they all start with the Doors. Even the New York punk book starts with the Doors!

If you had to play one Shrine song for a newcomer to introduce them to the band, which song would it be, and why?

Maybe Tripping Corpse or I Can't Control It. Riff rock. They’ve got our core vibe in them.

What’s a real-life experience that inspired one of the songs on Cruel World?

I was daydreaming about how weird it is that at the end of the movie Paris, Texas, Harry Dean Stanton just leaves the kid with the mother who has no money and is working in a brothel. In the background, the TV and radio were simultaneously blasting away—one about imminent nuclear possibilities with North Korea and the other about a Kardashian’s butt. The devices almost seemed to be having a fluid conversation with each other. I was shaken awake and had to quickly leave the house before I vomited. I grabbed my guitar and my dog Tag and went for a walk like I do everyday and by the time I got back ‘Cruel World’ was written.

You recorded a song with French punk legend Soggy a couple of years back. Who else would you like to record with?

I wanna do a track with our buddies Ho99o9. I played guitar on some of their stuff and sometimes we do a Bad Brains cover live at their shows.

What’s the worst thing that ever happened to you on tour?

On our first tour in Europe my little brother Jason came with us -- a little skate rat, just 18 years old. We’re at some bar in Germany after the show and our driver is sleeping in the van. We came back out and it turns out we’d been robbed while he was sleeping up in the loft. My brother got his passport and all his belongings stolen, so he ran up the street smashing car windows with his skateboard [because] he was so terrified and mad. He made so much crazy noise that the German police showed up. Luckily, they were nice -- and didn't realize it was him making the scene. But since he didn’t have a passport we had to smuggle him into Switzerland and then leave him there for a few days while he took the train to the embassy. He was pretty freaked out, and we got into some bad fistfights. We also slept in the dirt under a bridge outside the venue in Italy a couple days before that. Welcome to touring.

The Shrine's self-released Cruel World EP comes out this Friday, April 26th, but is available for preorder.

Catch the band on tour in North America and Europe at at one of the following dates:

Tomorrow: Watch The Shrine Unleash The Fuzz In A Tiny London Dive Bar

The Shrine bring the party to The K! Pit in association with Rizla