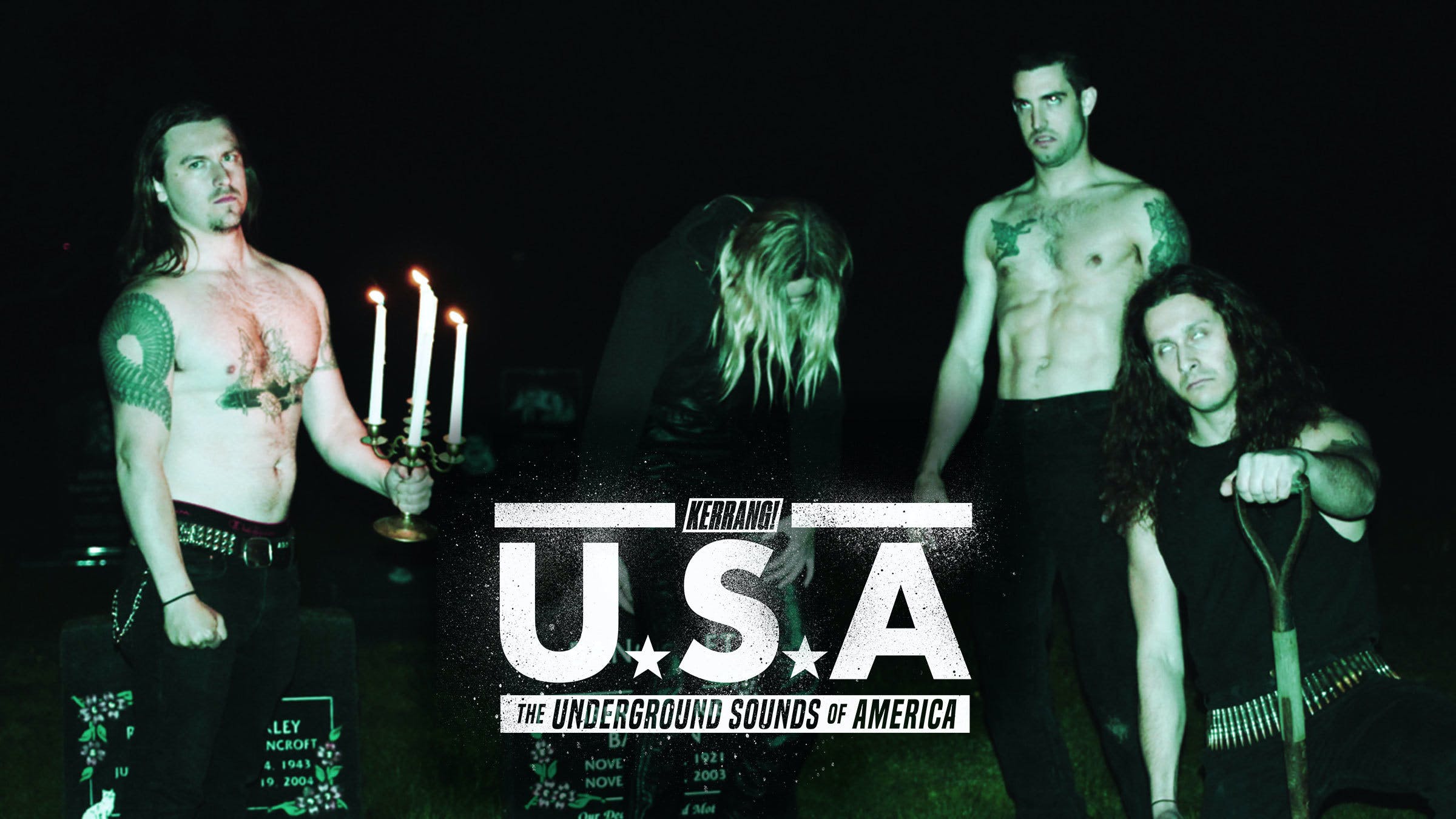 For death metal fans, it’s a beautiful thing when a band becomes successful even though they have a repulsive name, which is what has made Witch Vomit’s steady rise especially gut-warming. Since the release of their The Webs Of Horror EP in 2014, the band has slowly risen in the esteem of the extremity-loving public, their mixture of gargoylish thrash riffs and seeping decomposition fuzz enamoring listeners of both fast, angry acts like Power Trip and sludgy underground-dwellers like Outer Heaven. With 2017’s Poisoned Blood EP, the band could officially no longer be ignored, and went from being a cool act with a confrontational name to one of the scene’s more reputable up-and-comers.

If Witch Vomit’s name alone entices you, their new album will have you salivating in ghoulish delight. But much like the band, Buried Deep In A Bottomless Grave is more than just a vehicle for brutal hyperbole -- it’s an absolute crusher, that combines musical innards exhumed from modern death metal’s many moldy crypts and sews them together into a single thousand-ton monster. And while song titles like Despoilment, Dripping Tombs, and Fumes Of Dying Bodies may suggest a murky, listless slog of an album, it’s the fiery energy behind the Portland quartet’s tunes that make their music a uniquely grotesque feast for the ears.

READ THIS: The 13 best bands with 'witch' in their name

“Rotting in a hole is real, so writing about that makes more sense to me than goofy Satan and hellfire,” says guitarist and vocalist Tony Thomas. “[Buried Deep In A Bottomless Grave is] a short blast of death that has our most intense and nasty songs yet. Should be fresh breath of rancid coffin air for all death metal heads.”

Stoked to drown in a cesspool of riffs, we asked Tony about what makes Witch Vomit the ugliest broad at the 2019 death metal ball.

1) If you had to play a newcomer one Witch Vomit song to introduce them to the band, what would it be and why?

From Rotten Guts is a favorite to play. It has everything we are about in one song -- evil riffs, grinding parts and a doomy, gloomy atmosphere.

I can't speak for everyone but my main inspiration for the band is: Impetigo, Autopsy, Nihilist, Rotting Christ, Paradise Lost. Powerful riffs and killer songwriting get me going.

3) Does being from Portland inform your music, and if so, how?

It's dark and rainy most of the year -- plenty of time to watch horror movies, drink at the boneyard and write death metal.

4) You've added a second guitarist, Casey Lynch, to the line-up for this album. How has it changed or improved Witch Vomit's sound?

It has let us bring the songwriting up to the level we want, having multiple layers of guitar parts and not being limited to just what I can play. Our live sound is much heavier with [Casey's] addition as well.

5) Finally, if you had to watch one witch vomit all over themselves, which one would it be?

The fashion witches when we poison the town's hard seltzer supply.

Witch Vomit's Buried Deep In A Bottomless Grave drops this Friday, 8/30, via 20 Buck Spin, and is available for preorder.

The 13 Best Bands With 'Witch' In Their Name

This Walpurgisnacht, check out the 13 best bands with 'witch' in their names.