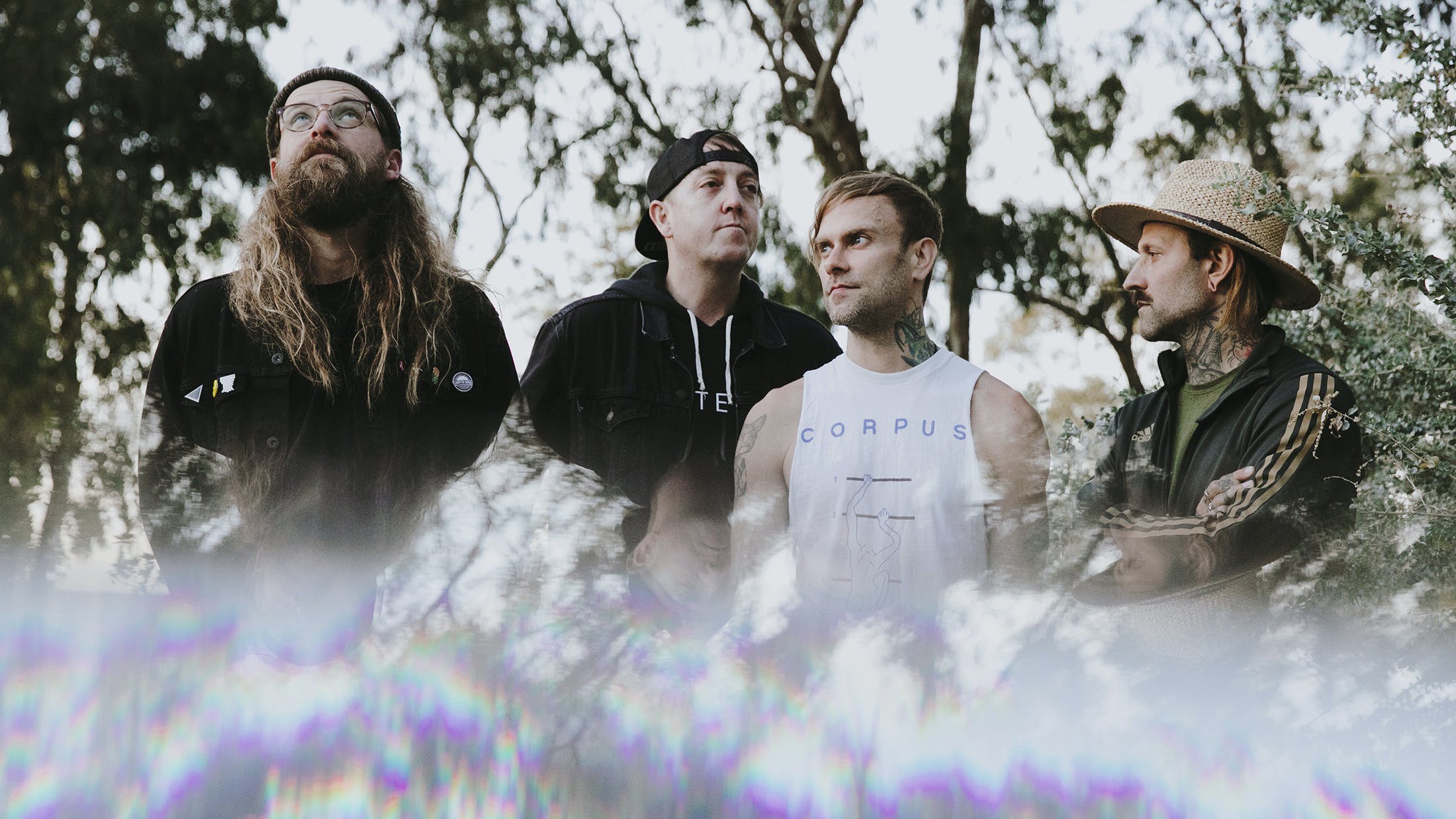 The Used are premiering their new lyric video for The Lottery exclusively with Kerrang!.

The track is taken from the band's upcoming eighth studio album Heartwork, the follow-up to 2017's The Canyon.

Heartwork is the first Used album to feature Joey Bradford on guitar, plus it features a bunch of special guests including blink-182's Travis Barker and Mark Hoppus.

Beartooth's Caleb Shomo also makes an appearance on new single The Lottery, which you can listen to below. Speaking to Kerrang!, Used frontman Bert McCracken revealed that when they originally approached Caleb with the demos he thought it was a longshot as Beartooth were on tour, but Caleb "jumped at the opportunity and devoured the concept like a wild animal."

READ THIS: Mortality And Memories: Inside The Used's new album Heartwork

He continues: "He even recorded his parts in his green room in NYC right before he went onstage. The result is one of the heaviest songs in The Used catalog. And if you haven’t yet read the short story The Lottery by Shirley Jackson, you’re in for a real treat!"

Speaking about the collaboration, Caleb explains that it all happened very fast.

"I got hit up to do it while on tour and I was all in: thankfully I had a recording rig with me. Bert sent me the song, lyrics and concept, and gave me the freedom to do anything I wanted with my part. It was pretty intimidating to lay it down on the road but I’m very happy with how it turned out – and I think everyone is!

The band will also play Slam Dunk festival in the UK this September 5 and 6 in Leeds and Hatfield. Get your tickets here.