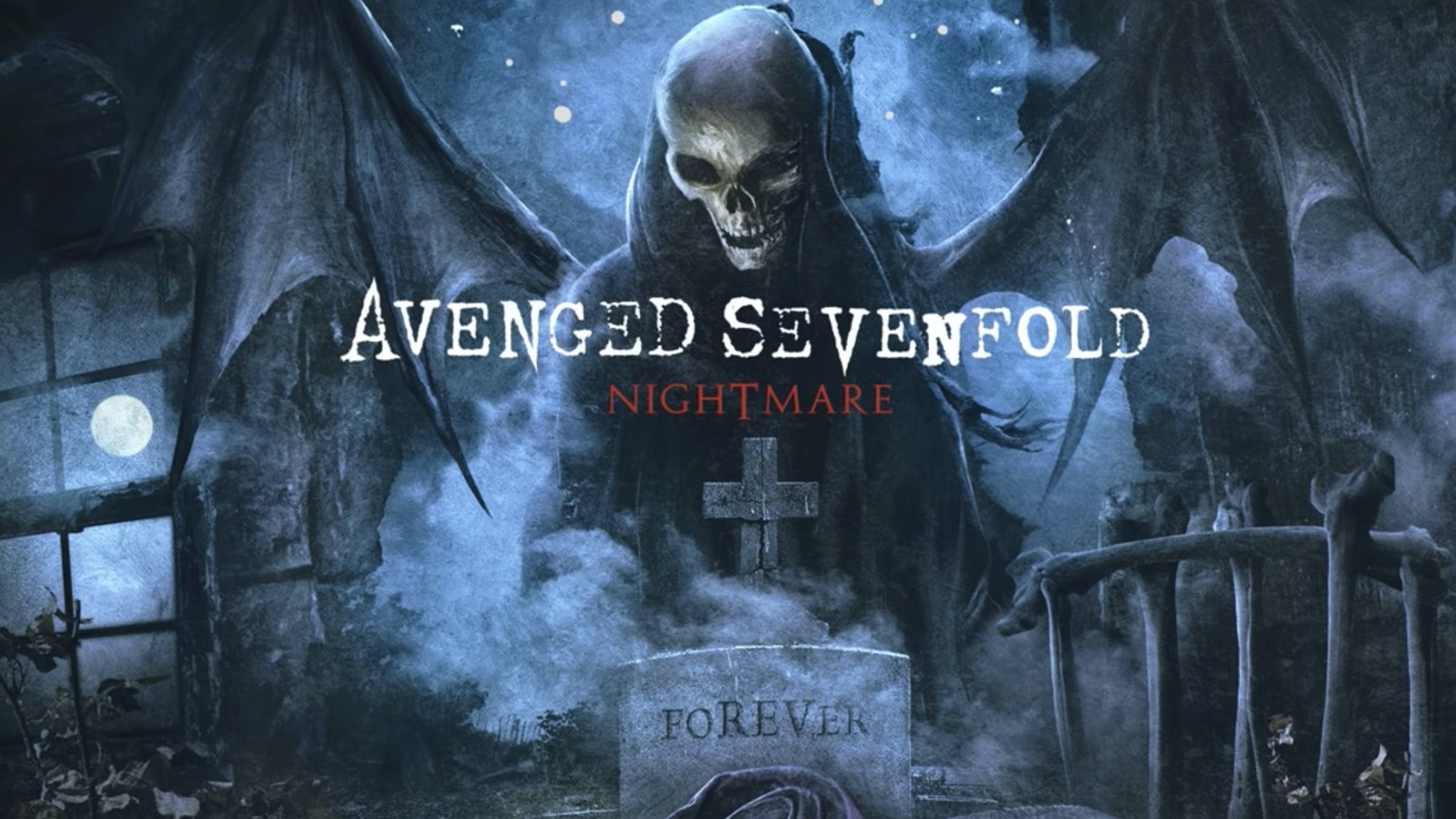 This is the original Kerrang! review of Nightmare from 2010.

Last summer, M. Shadows wrote the lyrics to Nightmare, the opening track on Avenged Sevenfold’s fifth album. He envisaged the song as the beginning of a dark, emotional concept album, though he hadn’t yet worked out exactly what the plotline of said album should be. However, when the vocalist sat down in January to work upon lyrics for the other 10 songs on the album, there was only one theme he wanted to address. For the singer and his bandmates, a band so close they say they’re practically family, the death of drummer Jimmy ‘The Rev’ Sullivan on December 28 was heart-breaking and utterly devastating, a tragedy which tore their world apart and left them with a thousand unanswered questions. For a time, the idea of continuing as a band seemed unimaginable. But in the days and weeks following The Rev’s funeral, amid tears and laughter as they comforted one another with tales of their late brother, M., guitarists Synyster Gates and Zacky Vengeance, and bassist Johnny Christ realised that they had to complete the album they’d written with The Rev as a tribute to his memory and a life lived without fear, without brakes and without regret.

It’s impossible to listen to Nightmare without feeling Avenged’s loss: with Dream Theater’s Mike Portnoy doing a magnificent job of recreating the drum parts The Rev had written, there’s no escaping the notion that his spirit is everywhere here. The beautiful, haunting Victim speaks of a ‘house full of roses’ and ‘stories full of tears’, of a tight-knit family ‘remembering your life because we wish that you were here’. The poignant So Far Away finds M. lamenting, ‘How do I live without the ones I love?’ while the gothic-tinged Save Me has the singer imploring, ‘If you hear me, let me know.’

Psychiatrists have identified the five states of grief as denial, anger, bargaining, depression and acceptance. You can hear M. working through the process as the voices inside his head shift in tone, pitch and intensity and the music oscillates between brutal Pantera-style beatdowns (God Hates Us, Welcome To The Family and gorgeous Guns N’ Roses-esque balladry (Tonight The World Dies, Danger Line). It’s raw, powerful and frequently harrowing, but never less than compelling.

The album’s most heart-stopping track, though, must be Fiction. The last song penned for Nightmare, it’s a dramatic Danny Elfman-meets-Queen minor-key piano ballad written by The Rev. Completed just three days before the drummer’s tragic passing and originally entitled Death, it’s almost unbearably emotional, not least when M. sings Jimmy’s lyric, ‘I know you’ll find your own way when I’m not with you.’

Where Avenged go from here is still in the lap of the gods. Whatever their future, though, Nightmare marks the point at which the Huntington Beach crew put away childish things and became men. Wherever he is now, their brother must be immensely proud.