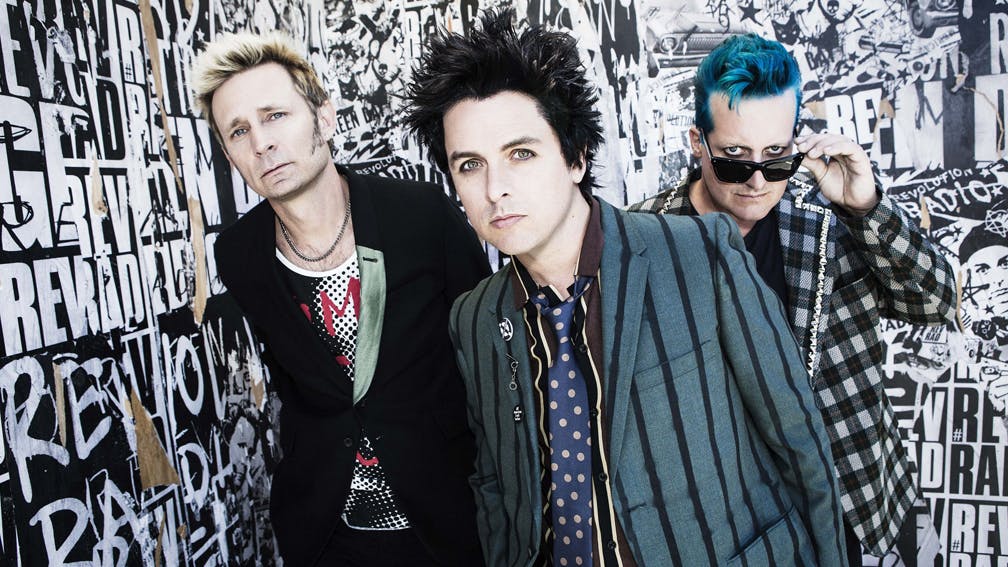 Bad news, guys. If you were caught up in the online buzz yesterday that Green Day would be releasing a new single on July 19 at 5pm… well, that doesn't seem to be the case.

Rumours of new material were broken on Kerrang! Radio (not affiliated) on July 9, when a listener's tweet was read out with that time and date, and the hashtag #newgreendaymusic.

To clarify the situation, we reached out to Green Day's representatives to find out if indeed it was true. The response? That there's "definitely no Green Day single any time soon".

So, while frontman Billie Joe Armstrong revealed back in December that he was working on new songs for the follow-up to 2016’s brilliant Revolution Radio, it doesn't look like we're going to hear them just yet.

Of course, the band have all been pretty active this year away from Green Day. Billie Joe was recently in the UK attending Glastonbury and supporting his son Joey's incredible band SWMRS. Before that his ace side-project The Longshot played a bunch of super-tiny U.S. shows (while also dropping three tracks from his day job into the setlist: Stay The Night, Fell For You and Missing You).

Bassist Mike Dirnt, meanwhile, has been busy being absolutely hilarious on Instagram, while drummer Tré Cool recently became a dad for the third time, having welcomed his and wife Sara's adorable son, Mickey Otis Wright, into the world on December 27 last year.

On top of that, the trio also celebrated the 25th anniversary of their breakthrough album Dookie back in February.

“Remember that time 25 yrs ago we put out a record and called it Dookie!" Mike posted at the time. "Well, believe it or not, Insomniac was almost named Donkie just to fuck with people!!!”

Billie Joe also reflected on its 1994 release, while pondering how they might celebrate such a momentous milestone 25 years later.

“We wanted to think of something special to do but we couldn’t quite come up with anything… Maybe play the record in its entirety at the pyramids in Egypt,” he said. “Or jam it Machu Picchu? Exclusive in Viggiano? Never quite came to fruition… But never despair. 2019 still has time…"