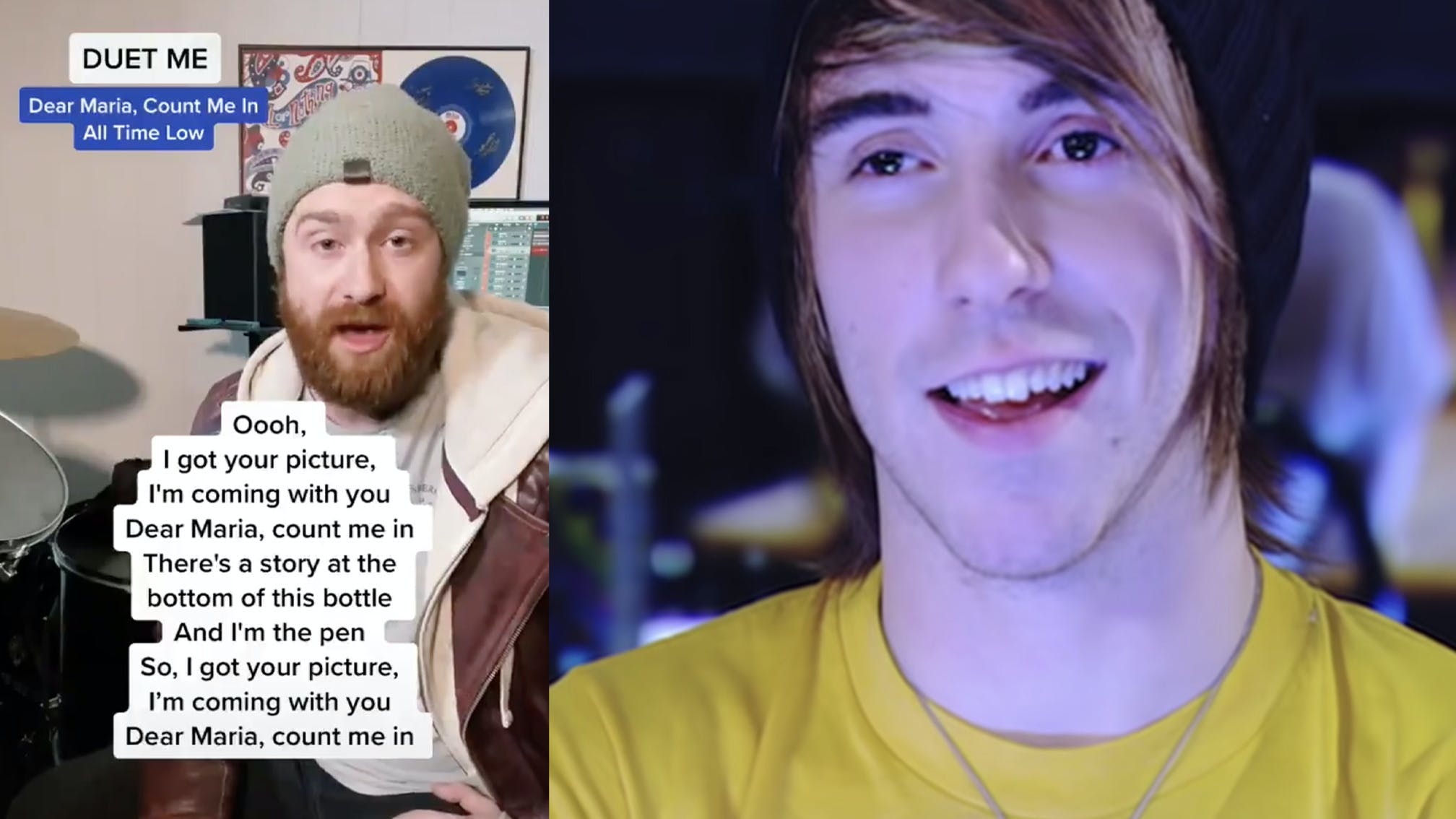 After Alex Gaskarth and Jack Barakat finally joined in on TikTok's latest Dear Maria, Count Me In trend, All Time Low have also given their seal of approval to a totally different rendition of the pop-punk classic: a sea shanty version (c'mon, this is TikTok we're talking about, after all).

The Baltimore gang shared a cover by musician Sam Pope, who has made sea shanties out of all kinds of genre of song lately. Unsurprisingly, though, our favourite absolutely has to be this take on Dear Maria, which has transformed it into a super-fun swashbuckling chant and is definitely something we'd like to see All Time Low themselves give a go (hint, hint).

As well as doing their own "Mom, it was never a phase, it’s a lifestyle" video before this, Alex also joked earlier this month that, “I always knew Dear Maria would be a massive TikTok song when we wrote it in 2006”, acknowledging the huge wave of success the So Wrong, It's Right single is currently receiving.

Opening up about the inspiration behind the single to American Songwriter last year, Alex explained: “There was a girl from around where I grew up named Maria. I found out one day that she had become a dancer at a few different clubs and it just struck me, I didn’t expect that for her, not that there was anything wrong with that decision, but it inspired me to tell that story about a girl doing what she has to do to make ends meet and live the life she wants to live. And I thought it was a badass story about a badass chick taking control of her life.”

Check out the Dear Maria sea shanty below:

Plus, drummer Rian Dawson also got involved in the trend overnight, with All Time Low explaining that he was absent from Alex and Jack's rendition as he "couldn't fit his drums in the car". Which is fair enough.

Catch All Time Low at the following live dates this year (and have an almighty Dear Maria… sing-along):