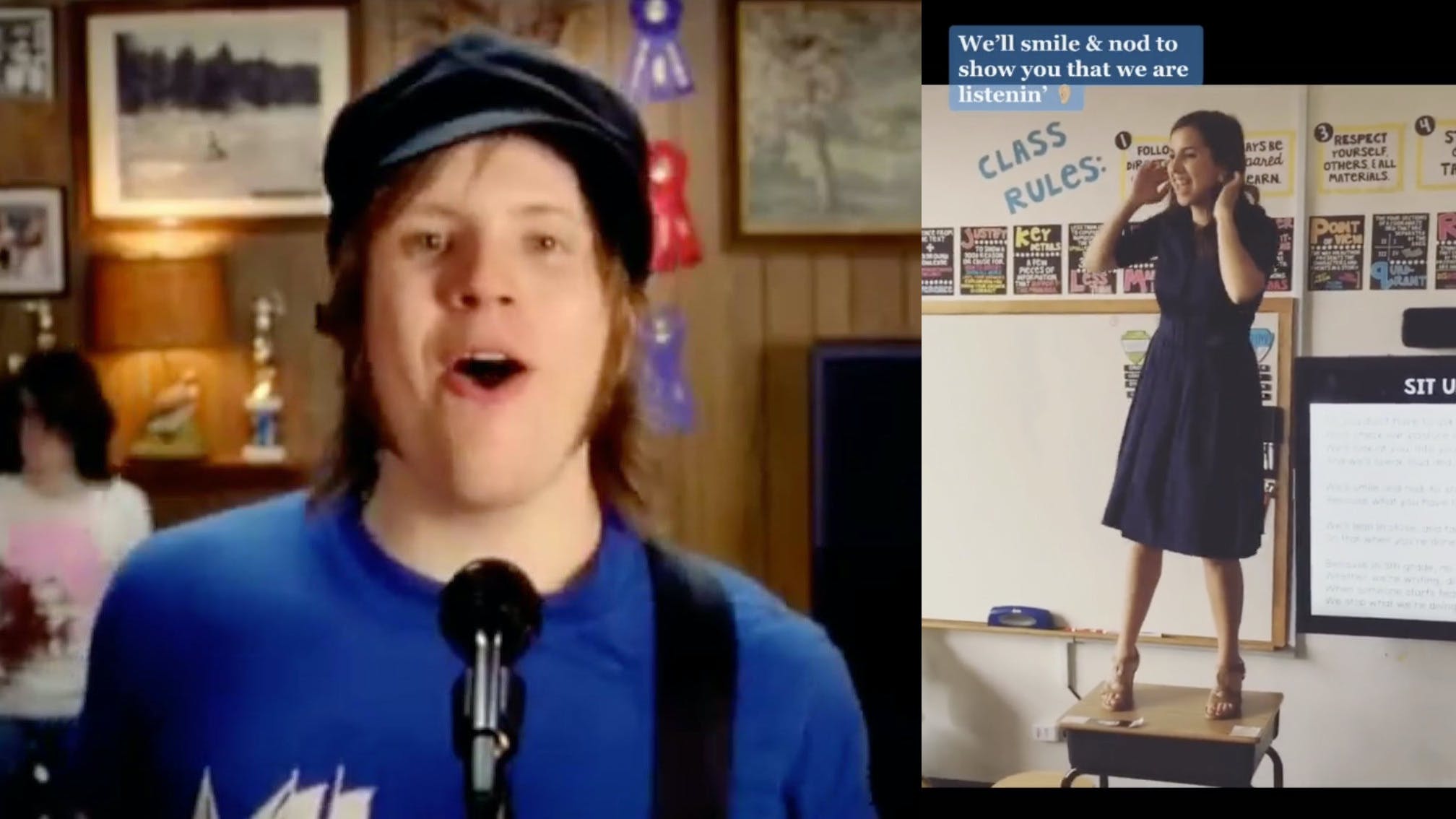 The internet has really been delivering the Fall Out Boy good lately. From bassist Pete Wentz' livestreamed show in which he used action figures rather than, y'know, real-life members of the band to entertain fans, to this amazing teacher who taught her class Sugar, We're Goin Down – but changed the lyrics to teach her students all about social skills.

In an uplifting new TikTok video, @teachingontables shows how her fifth grade class sing along to Fall Out Boy's From Under The Cork Tree smash single – only rather than belting out iconic lyrics like, 'I'll be your number one with a bullet / A loaded God complex, cock it and pull it,' the subject matter is adapted to suit what these kids need to be learning.

The song kicks off with everyone singing, 'No, you don't have to ask us twice / We'll check our posture is nice' (which has just reminded us to stop slouching…), with other snippets including, 'We'll smile and nod to show you that we are listening,' and, 'When someone starts teaching or speaking / We stop what we're doing, sit up straight and listen.'

Can we all start following this sweet, simple advice, please?

For …Cork Tree's anniversary last year, Kerrang! caught up with producer Neal Avron to hear all sorts of tales from the studio. Discussing Sugar, We’re Goin Down and how Pete and vocalist/guitarist Patrick Stump had an argument over the hit single’s chorus, Neal said:

“I did not see that (laughs), but I can tell you there was always tension on every record at some point. Typically, that would come in the form of Pete writing the lyrics and Patrick editing and putting them together. If Patrick sang it with Pete’s general approval of, ‘Yeah, I’m down with these lyrics,’ then after we worked really hard doing all the performances and getting it just right, Pete would come in and go, ‘You know, I wanna change this line and this line and this line…’ and Patrick would really blow a gasket, because he’d worked so hard on the performance, and the harmonies. His harmonies are very intricate and take a lot of time to develop, so he wasn’t happy re-doing stuff like that. Pete was more of a big picture guy. He didn’t wanna be in the studio for 12 hours a day. He wanted to come in with fresh ears. He’ll tell you this himself: he had the ears of a 13-year-old girl. That’s how he heard music. So I think that having that fresh perspective was helpful for him.”

Read this next: The definitive ranking of Fall Out Boy records by Pete Wentz

For more Fall Out Boy goodness, be sure to listen to our Inside Track podcast, in which the band reveal all the stories behind the songs on their latest greatest hits compilation, Believers Never Die – Volume 2: