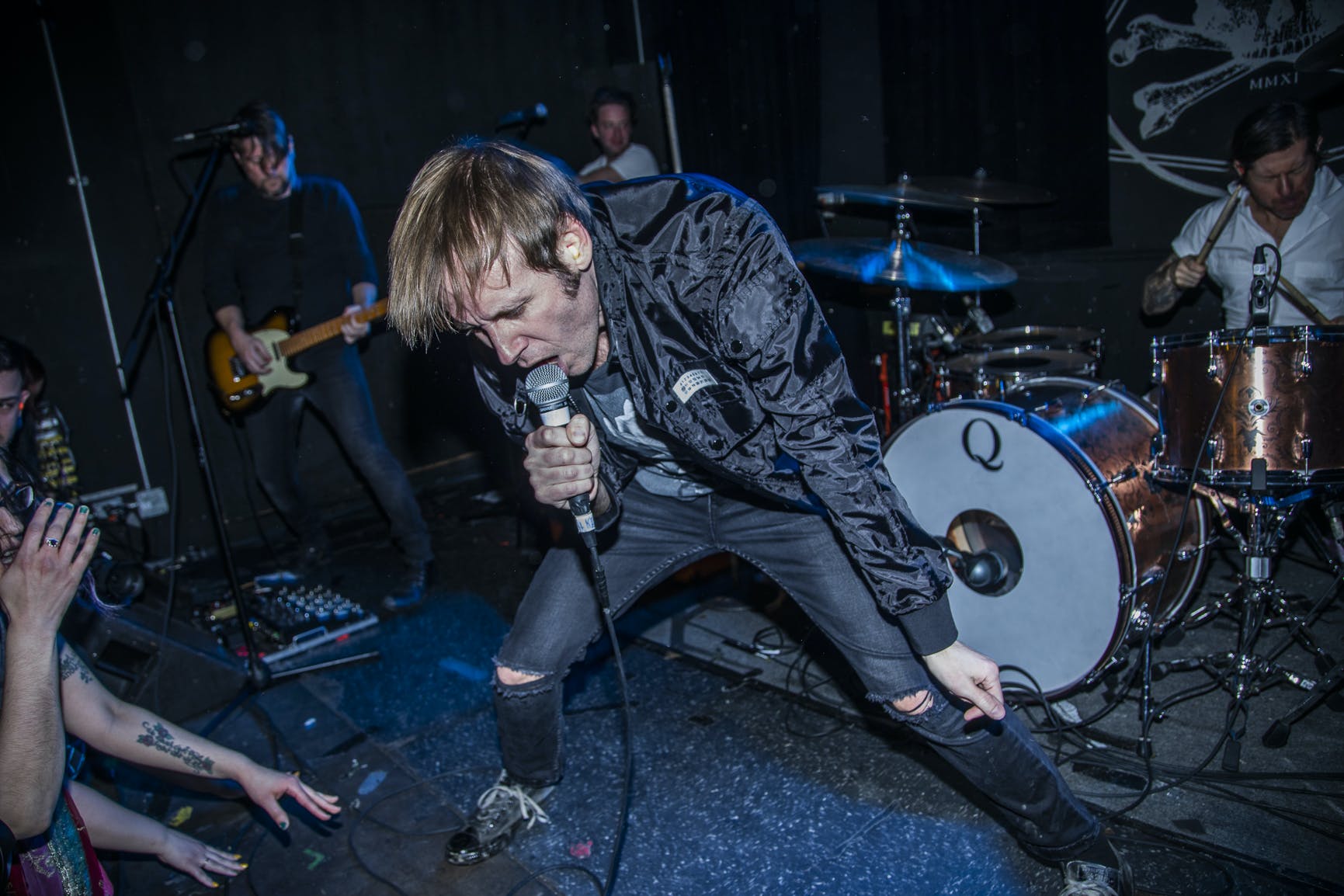 Only a couple of weeks ago, we beheld Frank Iero And The Future Violents open up for Thursday during their last show ever at Brooklyn's Saint Vitus Bar. Now, it looks like Thursday frontman Geoff Rickly is going to return the favor and open for Frank on his upcoming U.S. tour.

The tour starts this July, doing a big crescent loop throughout the west coast and southwest states. Geoff won't be alone, as Thursday's Tucker Rule is also a member of Frank's backing band.

Get future violent at one of the following dates:

Discussing his final shows with Thursday, Geoff commented, "We made it through three months of tour...and then those three nights killed me!

"I think your body knows when it’s time to give up," he continued. "Getting to sleep in my own bed and then go and play these little shows, it was a little bit like I tricked myself. And those shows were so small that the energy just got compressed into this little room, where it’s just absolutely nuts – it’s twice as hot, twice as close. During the second song of the last show, somebody was really singing along but with a closed fist and ended up decking me in the chin. I have this big bruise on my face!

“But also, because you know it’s the end, you don’t save anything,” he added thoughtfully. “You just kind of say ‘I don’t have to keep my voice after this. I don’t have to not be tired’ and you spend everything you have left.”