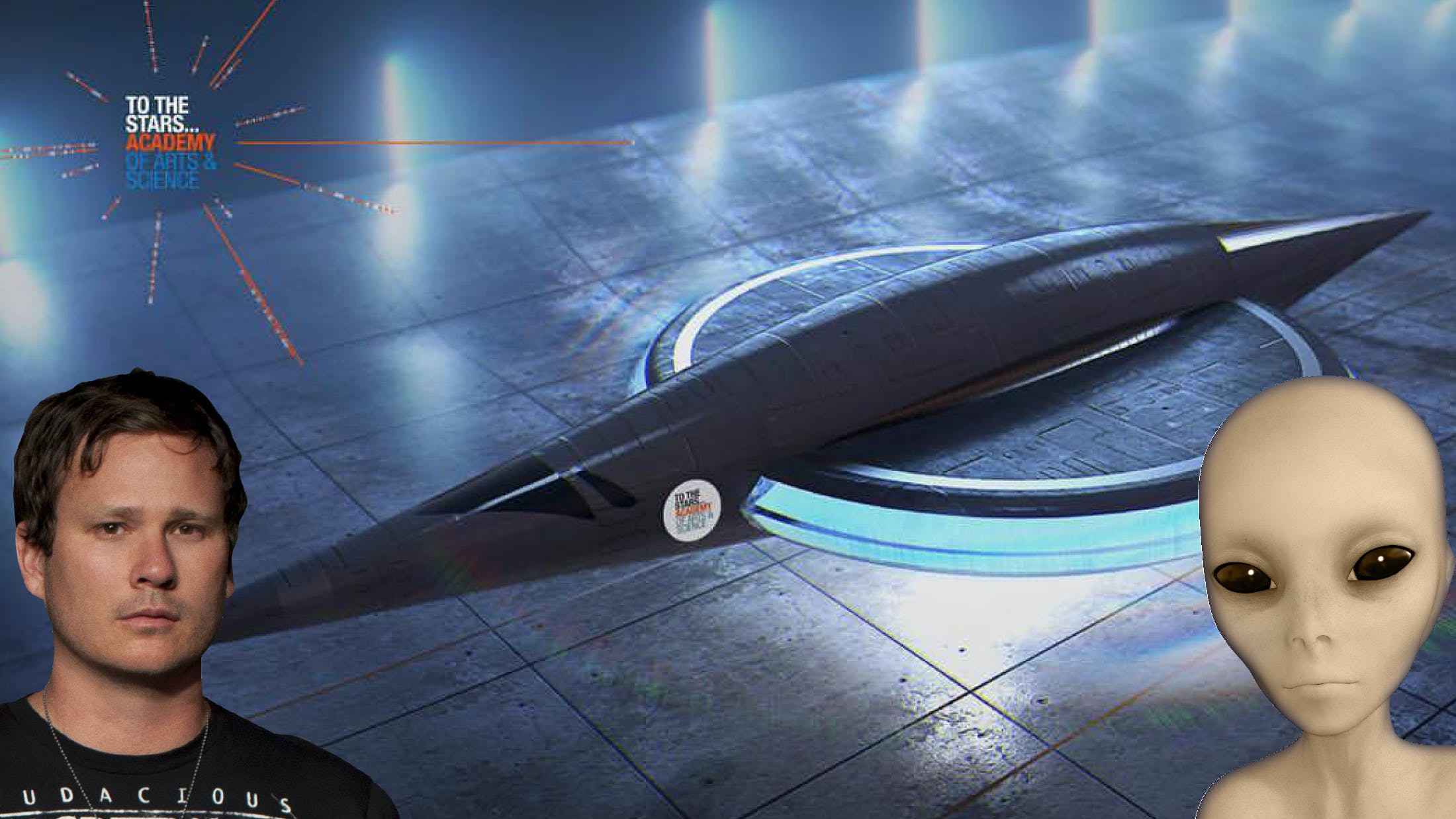 Don't you love it when your interests intersect? For this humble online news editor, whose interests can more or less be drilled down to the fast songs on Dude Ranch and long and involved podcasts about alien disclosure, today is a good day. Ol' X-Files DeLonge is back at it again, and this time, rather than talking in vague terms about off-the-record-conversations-with-senators this, followed-home-by-men-in-black that, he's gone all in and announced he's building a fucking spaceship. Behold, the latest missive from California:

Hello, my name is Tom DeLonge from the Blink-182. I have brought together an elite team from CIA, DOD and the FMR Director of Advanced Programs at Lockheed Martin’s SkunkWorks. We are aiming to build this ElectroMagnetic Vehicle to Travel instantaneously through Space, Air and Water by engineering the fabric of Space-Time. Our company is called To The Stars... and you can INVEST in our plan to revolutionize the world with technology that can change life as we know it. We Launch Today Www.ToTheStarsAcademy.com.

The sub-editor in me in livid about the capital letters in ridiculous places, the alien/free energy disclosure enthusiast in me is super psyched about the fucking spaceship!

It's not just the spaceship, though, he's also announced the launch of the To The Stars Academy of Arts & Science, an organisation made up of scientists, aerospace engineers and other creatives who are going to enable researchers to explore the "outer edges of science" and technologies. TTS is to be made up of three parts: science, aerospace and entertainment, and it appears that most of the team members already on board have worked at high levels within government intelligence and scientific fields.

As you probably know, Tom has been into this sort of thing for a long time. After leaving blink in 2015, he took an extra-deep dive into the subject: he released his book Sekret Machines: Gods earlier this year, and is working on a movie about the subject called Strange Times. But To The Stars is bigger than just media: "This project is aimed at creating a beacon and a vehicle to be able to interact directly with Millennials across the world," DeLonge told Rolling Stone a few months back. "Some of this stuff is empowering, and some of this stuff is frankly kind of scary. But you need to understand it, and you're going to need to deal with it when we're gone."

In a statement, Dr. Hal Puthoff, the company's co-founder and VP of science and technology, said: "Imagine having 25th-century science this century.” Dr Puthoff is an advisor to NASA, the Department of Defense and has worked as a researcher for organisations like General Electric, the NSA and Stanford University. He continues: "We've mobilized a team of experienced, connected and passionately curious minds to reveal and decode information that can challenge the limits of traditional theory, such as the study of UAP (Unidentified Aerial Phenomenon) technologies. Together, we're bringing transformative science and engineering out of the shadows to introduce profound possibilities."

Oh, and one other thing: at a meeting with a Huffington Post journalist at the To The Stars headquarters last week, the former manager of the U.S. Department of Defense's Aerospace Threat Program told everyone that aliens are definitely real. Fuck.

To celebrate this special moment in history, let's all watch Tom and the others perform Aliens Exist at the Electric Ballroom in London, way back in 1999. Glorious:

To the stars, indeed!