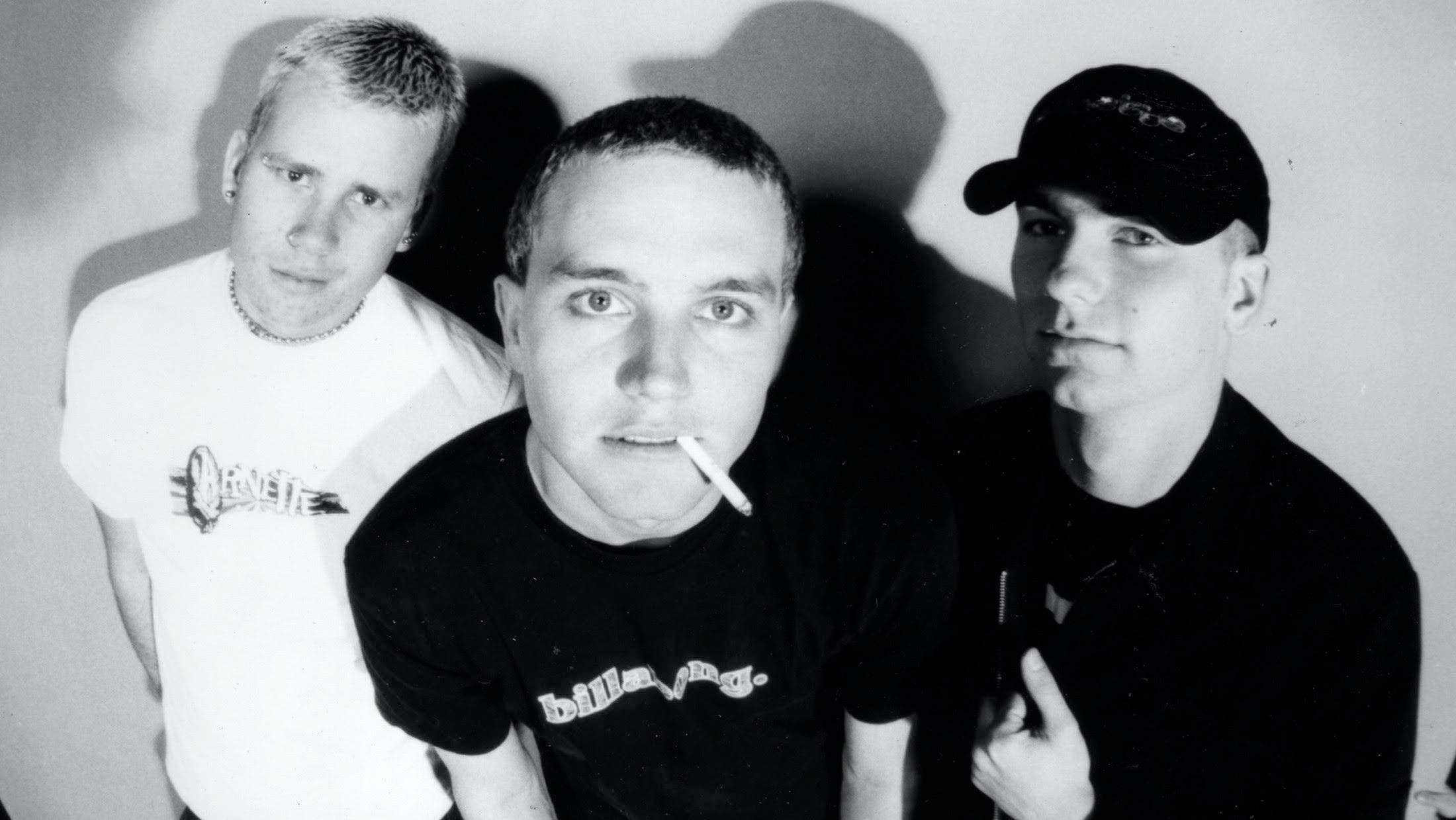 In a new interview with Rolling Stone reflecting on some of the first times in his life, Tom DeLonge has explained what it was like writing with bassist Mark Hoppus for blink-182 in the early days.

"The first time I wrote a blink-182 song, it actually wasn't a song as much as it was a riff," he says when asked to elaborate on his first time writing a blink-182 track. "The riff got used later as a song, but Mark Hoppus came to my house to meet me, and he brought his bass guitar, and brought it into my bedroom which was in the garage. He plugged it in and I said, 'Play along with this riff,' and I played this little guitar riff that sounded very much like what early blink sounded like, which was nursery rhymes on crystal meth or something.

"I remember right when he started playing, I was like, 'This is good. This is really good.' But it's one of those things where, like, somebody has music in their Air Pods and they're dancing in the street, but if you go to somebody else's point of view, it's totally silent and the person is just dancing and humming along.

"I thought we were great, but I bet you nobody else would have thought that if they'd heard what we were playing."

Watch the full thing below, where Tom also chats about the first time hearing himself on the radio, writing a guitar riff, attending a gig and meeting a government official.

In other Tom DeLonge news, the vocalist and guitarist revealed last week that he was back in the studio with Angels & Airwaves.

Tom told Kerrang! recently that there will not only be a new AVA record this year, but also an accompanying film.

“This album is with a movie, and the movie – which I co-wrote – is going into production in July,” he said. “There will be an album-movie combo, but much more commercial and much bigger in scope. It’ll dig into the fact that the universe is a little bit more tricky and unexplainable than we like to admit.”

“A lot of times I question what it means to be happy – I go, ‘Be careful what you wish for – is it really making you happy that you have all these projects?’ I don’t want this much work, and I’m not trying to ask for it, but it’s kind of what’s needed to accomplish some of the things I’m doing,” explains Tom. “I mean, where I’m going to end up is doing one major motion picture and album a year, and then I would work the next year – that kind of thing.