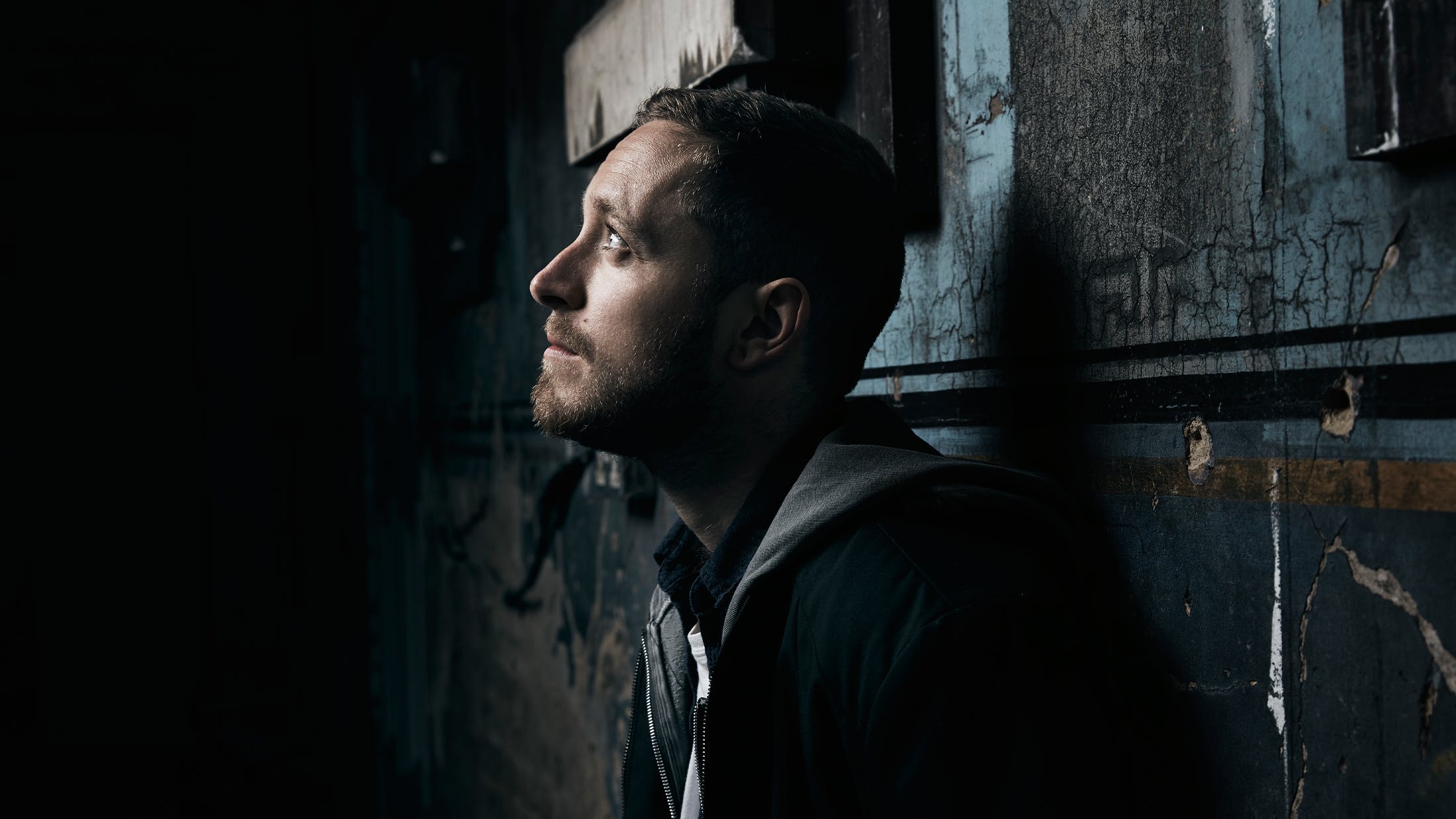 Five years ago today, Architects fans the world over received the news that Tom Searle had died, having lived with cancer for three years. The last album he made with the band, 2016’s All Our Gods Have Abandoned Us, featured references to the end of his life, probing the nature of the reality he’d occupied for 28 years, and what, if anything, lay ahead for him beyond this physical realm. While creating punishing riffs was Tom’s talent, lyrics were his gift, not just in the sense he was adept at writing them, but because they imparted something profound upon listeners: an informed perspective on the biggest and most important topics. This is, after all, the man who once implored ‘Don’t lose sight of what matters most’ in his lyrics.

Those fans benefiting from Tom’s example include Aaron, 24. So much so, in fact, that speaking about his late hero makes him emotional. “But I feel obligated to do so, so that people know how much he and Architects mean to me.”

Aaron grew up in Harrogate, North Yorkshire and first heard Architects in 2014, when Gravedigger and Naysayer, the opening two tracks from that year’s Lost Forever // Lost Together album enjoyed generous airplay. It wasn’t just their rotation that was heavy either, with the Brighton band’s predilection for colossal riffs appealing to the teenager’s burgeoning tastes, though the onslaught was a bit too much for the rest of his family. “Particularly my dad and sister,” he laughs. A couple of years and difficult experiences later, Aaron’s fandom reached new fervour with the release of All Our Gods Have Abandoned Us, which he considers to be nothing short of “the most important record released in [his] lifetime”.

“Life is fucking hard at times and can kick you to the fucking ground,” says Aaron of why AOGHAU had such a seismic impact upon him. “The record is so emotionally punishing that it feels like a release. No matter how hard things feel, that record seems to understand what you’re going through. There’s something so powerful about how bleak [Tom] truly allowed it to be. It feels far more real because of it. You can put it on in the moments you feel you’ve got nothing and question why you exist at all, and things just make sense.”

It was during this period that Chelsea got into Architects. “A friend of mine played me [the album’s second single] Gone With The Wind and I thought: ‘Why haven’t I listened to this band before?’” the 28-year-old from Glasgow explains. “I was instantly grabbed and pulled in by that perfect blend of the melodic but heavy, poetic yet technical.”

It was that poetic element, thanks to Tom’s words, that particularly resonated with Chelsea and she considers to be a uniquely deep commodity in heavy music. “It’s rare to find someone who saw things like Tom could – these brutally truthful insights that make you sit down and think deeply about your own life,” explains Chelsea. “He was and still is the core of Architects, and seeing his lasting impact on his friends, family, bandmates and fans at their recent live shows reinforces just how special he was as a musician and person.”

As with so many Architects fans, ask Chelsea to pinpoint a track that best encapsulates Tom’s way with words and she selects Memento Mori, the climactic track from All Our Gods Have Abandoned Us and Tom’s swansong, specifically the lyrics: ‘I will be consumed, returned into the earth / Only passing through, nothing left to hold on to.’ “It’s written from a place of pain but also of reflective peace and acceptance at the same time,” she explains. “It brings with it a sense of closure that every single one of us can relate to when our time comes. It has helped me massively come to terms with losses in my own life.”

Jake from London, 31, who’s asked for his name to be changed for this article, agrees. Tom’s chronicling of illness, deterioration and death were impactful when he first heard them, but have taken on a whole new relevance in the face of more recent events. “The song C.A.N.C.E.R from Lost Forever // Lost Together always had a powerful effect,” he reveals. “You’ve got an album that deals with hugely important themes like the destruction of our planet, but you’ve also got a young man writing: ‘No-one knows permanence quite like you / There’s a ruthlessness in all that you do,’ openly grappling with the insidiousness of a disease that’s taken people from my family – and so many other families.”

Jake continues: “What came next in Tom’s story, and what he faced on All Our Gods Have Abandoned Us, had echoes in my own life. My grandmother had a particularly aggressive form of cancer, which caused her great pain. She was a Catholic but understandably started to question why the deity she’d dedicated so much to would let her suffer so intensely. It didn’t seem like a fair trade-off to her. She’d been told her whole life that there’s a divine existence beyond this one, but she had to go through unbearable agony to get there and it might not even actually exist, which caused her to doubt her faith towards the end.

“On Momento Mori, Tom asks: ‘When the veil lifts, how will I know? / How will I know? / Will I see God?’, which articulated that same sense of wonder and doubt. My gran regained her faith eventually, though. How? I don’t know, but she died with an evident sense of peace. And that’s what Tom was asking for in Momento Mori’s last line: ‘Just let me live and die in peace.’ My gran was in her late 80s and had lived a long life, but Tom’s life was cut tragically short, which added a whole other dimension to it.”

It’s perhaps these insights that best encapsulates what makes Tom’s influence so lasting. Some lyricists resonate with us because their experiences are recognisable and relatable on an everyday level, but Tom’s words we can only relate to when life truly challenges us, which if it hasn’t already it inevitably will. “We’ve got those songs that Tom left for us all,” declares Aaron. “And those songs remind us that we’re doomed to die one day, so I feel it’s our duty to go out there and experience everything that life has to offer – life that was taken from him too soon.”

And Aaron thinks there’s one very obvious way left to celebrate our existence. “Architects headlining the main stage at Download feels like the crowning achievement left to give Tom. He deserves it – and his band deserves it.”