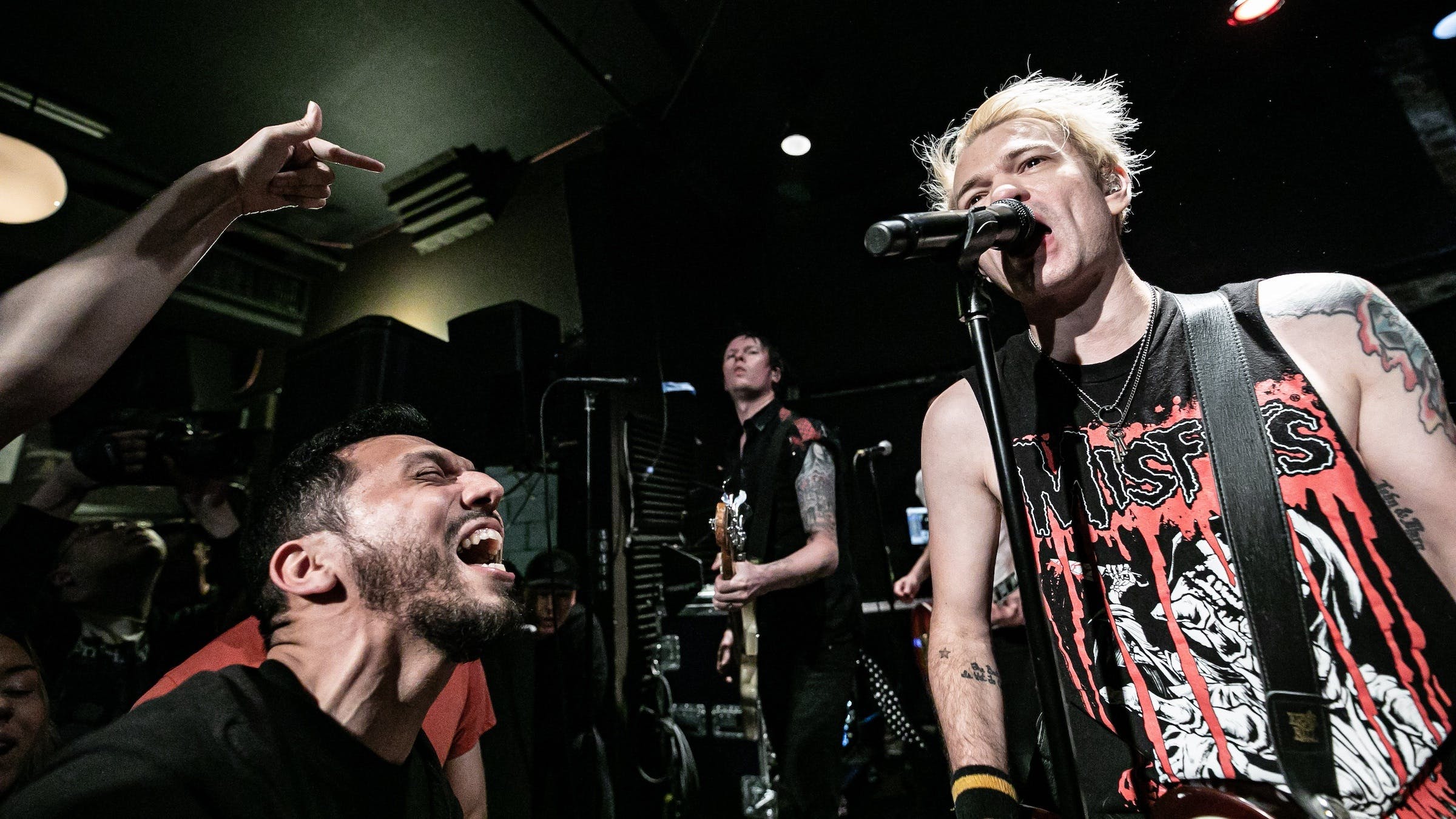 Our Brooklyn K! Pit performances have been getting bigger and bigger of late, with sludge metal superstars Baroness setting a new standard for the American incarnation of ours series. But Sum 41 took things to a whole new level. With the upcoming release of Order In Decline, out this Friday, the band are still carrying their legacy as one of the most important bands in pop punk. New singles Out For Blood and Death In The Family reverberate with a new viciousness that proves they’re not relenting any time soon.

While touring to promote this deeply personal new record, the legendary pop-punk crew brought some kickass new songs and a bunch of incredible classics to our favorite BK dive bar The Gutter, giving rabid fans a taste of both the early 2000s and the blistering new material of 2019.

Want to watch the madness in all its glory? Tune into our Facebook page tomorrow (July 18) at 7:30pm UK time (2:30pm EST/12:30pm PST) to watch a livestream of the performance.

Need more incentive? Check out a few live shots from the show below:

Can’t wait that long to rock out? Watch some of our other crazy K! Pits below: