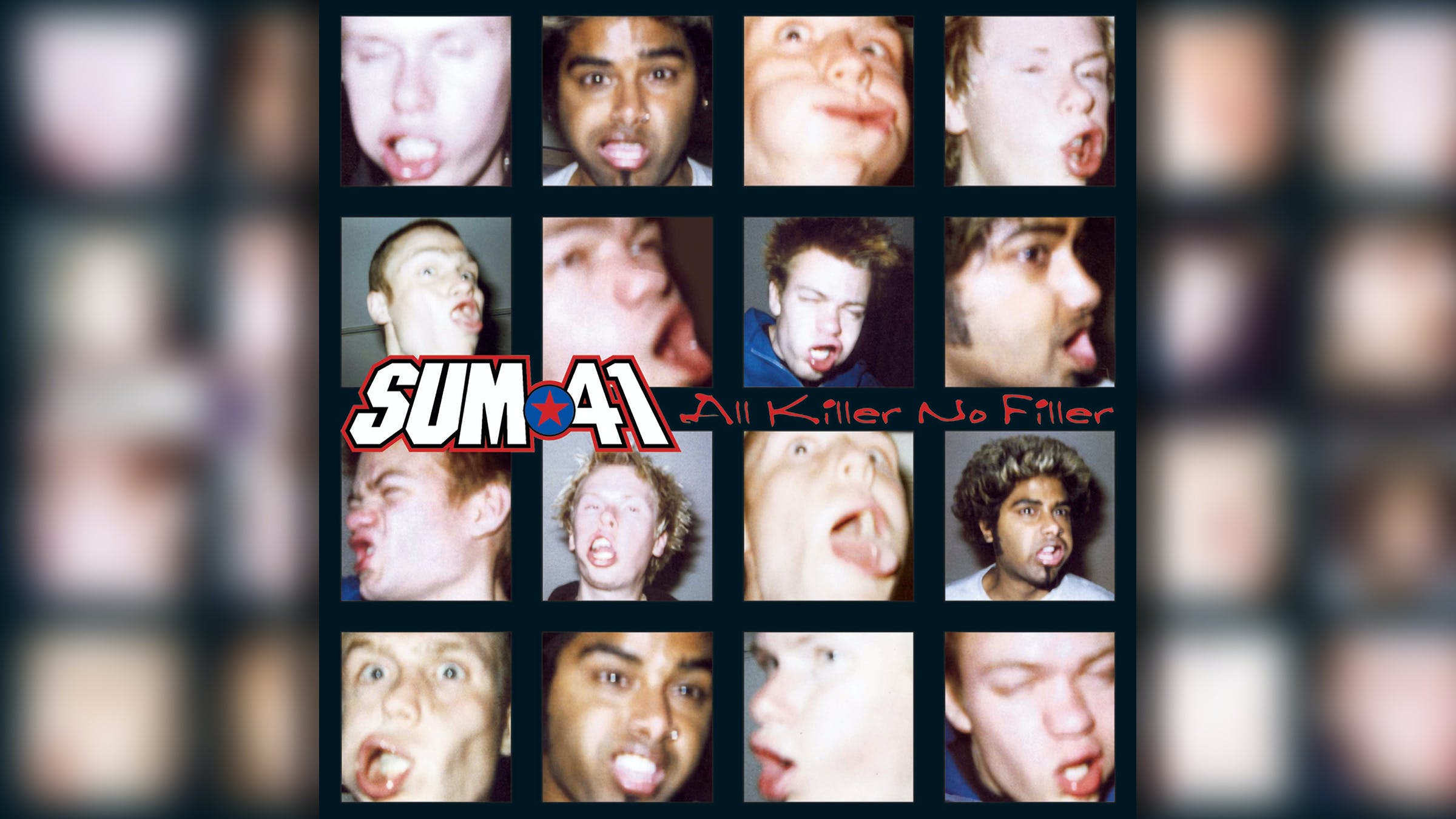 Among the many pop-punk and pop-punk-adjacent bands who appeared at the end of the '90s, Sum 41 had something special. The music of the Ajax, Ontario-based quartet wasn't simply driving teenage rock about girls and drinking (though it certainly was at times) -- it was also a soundtrack to the skater lifestyle, adding a bit of hip-hop and thrash metal to the mix in a way that landed perfectly with a specific type of listener who might hang out at a skate park. It was with Fat Lip, the first single from their massive debut All Killer, No Filler, that Sum 41 took over the world -- but that hit didn't come easy, and took plenty of elbow grease and bizarre partying to create.

In tomorrow's episode of our podcast Inside Track, in which the shocking true stories behind some of rock's most monumental moments are told by the people who lived them, three-quarters of the original Sum 41 lineup -- frontman Deryck Whibley, guitarist Dave Baksh, and bassist Jason "Cone" McCaslin -- reveal to us how they wrote and recorded the album that would turn them into international superstars. Not only that, but they also discuss their affinity for metal, their upbringing in their local scene, and how they wrote their smash hit single while acting the fool.

To hear how Sum 41 wrote All Killer, No Filler, SUBSCRIBE to Inside Track wherever you listen to podcasts!

And if you want to warm yourself up, listen to our episode about the rise and fall of Warped Tour below, with Deryck providing insight as to how the infamous punk rock traveling circus helped shape Sum 41's career:

READ THIS: How I wrote In Too Deep by Sum 41's Deryck Whibley