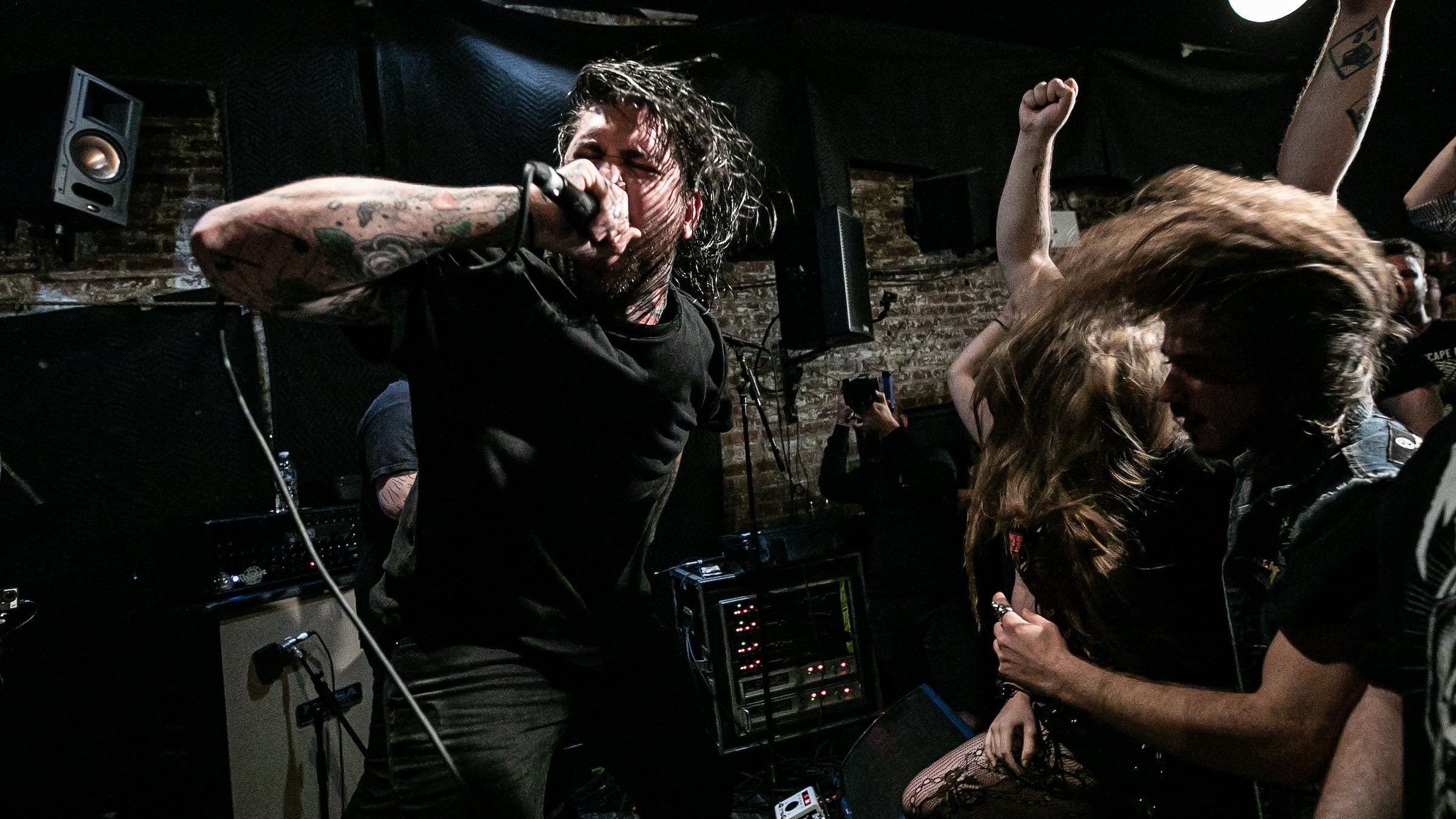 The New York incarnation of our K! Pit concert series -- in which a handful of lucky fans get to witness their favorite artists perform in a tiny, sweaty dive bar setting -- has seen its fair share of heavy acts, from the brutal nu-core of Vein to the raucous stoner sludge of Baroness. But up until now, the back room at local Brooklyn dive bar The Gutter hasn't seen a real honest-to-goodness death metal band yet. So when Fit For An Autopsy agreed to come play for a select group of their diehard listeners, we hoped it would bring the house down...and it did, Book Of Revelations-style.

In all fairness, Fit For An Autopsy aren't just any death metal act. The New Jersey sextet has spent their whole career expanding the definition of extreme music, surviving and thriving while other bands lumped under the 'deathcore' tag fell by the wayside. With each album, the band has grown its fanbase with their mixture of crushing metal menace and hardcore kineticisms, culminating in their latest album, The Sea Of Tragic Beasts, which drops this Friday on Nuclear Blast.

Want to witness the carnage? Log onto our Facebook page tomorrow, October 23, at 7:30pm BST (2:30pm EST / 11:30am PST) to watch an exclusive livestream of Fit For An Autopsy’s Brooklyn K! Pit performance.

READ THIS: How Fit For An Autopsy found a unified groove on their new album

Want a little taste of the horrors to come? Here are some shots from the show:

If you want to get yourself hyped up ahead of time, watch some of our previous Brooklyn K! Pits below:

You can also check out all of our London K! Pits, with performances by Mastodon, The Interrupters, Petrol Girls and more on the Kerrang! YouTube channel.