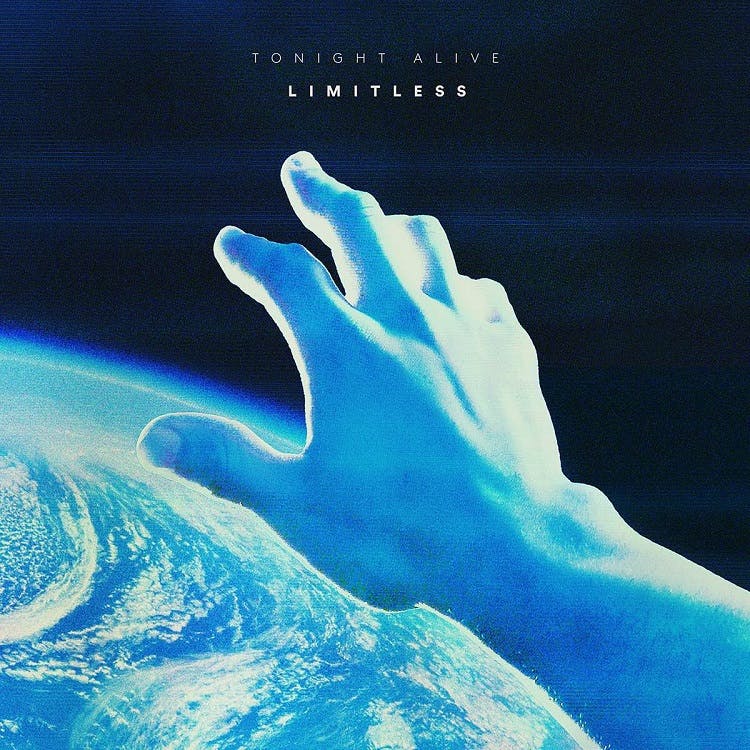 You’ve heard previously-released tracks To Be Free, Human Interaction, Drive and How Does It Feel?, and now’s your chance to get a sneak preview into the other seven slices of pop-rock.

Take it away Jenna…

“To Be Free is like a request to the universe to get off my back. It’s about realising that the things I’ve done in the past didn’t work for me and I have to leave them behind and find a new formula for happiness.”

“Oxygen is like a sister to To Be Free in the way that it says ‘Let me breathe my oxygen’. In the second verse I say ‘Turning my face towards the sun’ and to me that’s talking about the choice to see the light in everything and the chorus says ‘Opening my eyes, I am alive and I’m larger than life, let me breathe my oxygen’. And I just think it’s an empowerment song. It took me eight days to record it in the studio; the lyrics in that song really challenge me, because it’s who I want to be and where I want to be in life. I think it’s the hardest thing to sort of say ‘This is who I am and I’m whole and I love that – I’m happy so don’t interrupt’.”

“It’s kind of about a relationship that ebbed and flowed. The chorus says ‘Your love comes in waves’ and it’s just about the highs and lows of being in a relationship and how the depth of that love is so great…. The verse says ‘My reflection sees all that I had tried not to believe’ and when I sing that lyric I think of looking in the mirror, and an image turns up in the background that’s kind of like, you have to admit that something is there and stop ignoring it.”

“Power Of One is a song full of affirmations. The song happened in one day – I was trying to write a song about all my flaws and my insecurities and I wanted to say I can be competitive and territorial, things like that. But, it just turned into the complete opposite style of song. The song is really about being true to yourself and about all the things that make you who you are and not being afraid of them and embracing them. There’s a lyric in the song that says: ‘I’ll never live like I need forgiveness’ and that was kind of a little bit of a dig at religion, like constantly asking for someone to forgive you – it’s a metaphor in life because you do it all the time unknowingly. We justify ourselves and explain ourselves so much and this song is kind of the opposite to that.”

“The line, ‘Here I am fearless, here I am weightless, here I am unbreakable, here I am the greatest’ is a pretty big statement. I also think the lyrics are quite open to interpretation because for me you can say ‘here I am’ as in, in this place, or kind of presenting yourself and making yourself exposed and vulnerable by saying ‘here I am’, like ‘take me as I am.’ I find that song really empowering. The verse is about only needing simple things in life to make you happy and how they are enough.”

HOW DOES IT FEEL

“How Does It Feel is about manipulative relationships and being blinded to them because you’re so used to being in them. I really wanted to keep it as relatable as possible. I wanted people to be able to say it was about their parents or their friends or their romantic partner. It’s about calling someone out that’s suppressed you and saying you’re delusional and you’ve created a whole world of ideals and forced them on me, and this is about waking up to that. The lyric is literally ‘Waking up to a nightmare’. It’s just about opening your eyes to even the people you love as being a negative influence in your life at times. We’re involved in many relationships in every area of our lives and sometimes you might not know any better or that you don’t deserve better. So, I wanted to speak to those people.”

“I love this song! It’s just about saying we are more than just one lifetime, we are more than one person and the lyrics say: ‘If all we are is dust in space, tell me why I feel this way’. It’s like we’re destined for so much more than just living for 80 or 90 years and being destructive as people and being destructive towards our planet. We always think someone else is going to solve the problem – the wars or the pollution – that someone else is going to come up with the idea of how to save the world. But how can we trust the people that are in power when they put us in this position in the first place? The bridge says ‘Breathe life into me’ and I wanted it to sound like Mother Earth speaking – I wanted it to be the world asking the human race to draw their attention back to her and give her life again. It says ‘The sun can only burn for so long’ so it’s like we’re running out of time and we have a choice to make a difference or not.”

“Drive, in the first verse, is a reflection of my nature to create comfortable experiences for other people even if it makes me suffer. Like being polite when people are being rude to you, just so that you’re not the one causing the problem. Since leaving high school, it took me a long time to recognise uncomfortable situations and how to call people out. I’m okay with looking like the bad guy if it means that I’ve stood up for myself. The second verse is a reflection of the music industry – I’ve been exposed to people that have wanted me to change things about myself and our band from image to song writing. It was really important for me to learn to say no and have my own vision.”

“Human Interaction is darker than I’ve let on in the past. The line ‘I need human interaction, I am under stimulated’ I wrote in Iowa on tour with Mayday Parade, and that was me feeling depressed but not having a good enough reason to be. I think it’s so dangerous when you try and explain why you’re depressed or down or you’re just completely lethargic and apathetic towards everything. When really, in the position I’m in I should be so grateful for all that I have. It’s just that constant battle of saying to myself, ‘I should be so grateful, I should be so happy, why aren’t I?’ I’ve never really felt depressed in that way before. I can’t imagine what it’s like for people that deal with that often. I’ve felt like that on and off for a long time – it comes and goes.”

“I Defy is a very real situation, again, about manipulative people and being in this situation where someone believes they hold control over you. The bridge, I think, is really important, it says ‘This is my world, you’re just living in it’. That’s kind of me taking my power back from these people, or this person, and saying, ‘I create my destiny’. I Defy is about a relationship that really needed to end in the bands life, like a really dangerous situation.”

“These lyrics are sad, but they’re peacefully sad. It’s about letting go of someone that’s passed away but knowing that they’re never really gone and about feeling their presence and being comfortable with that. Sort of saying that I’ll carry on your legacy and I’ll always be proud to have been a part of your life. This is a song we wrote for Whak’s Grandma passing. It’s really important to him. I’ve never experience losing someone close to me so I kind of wrote this on his behalf as a message to her.”
For the full story on Limitless, pick up this week’s Kerrang! here.

"The tour we are bringing this November has two elements…"