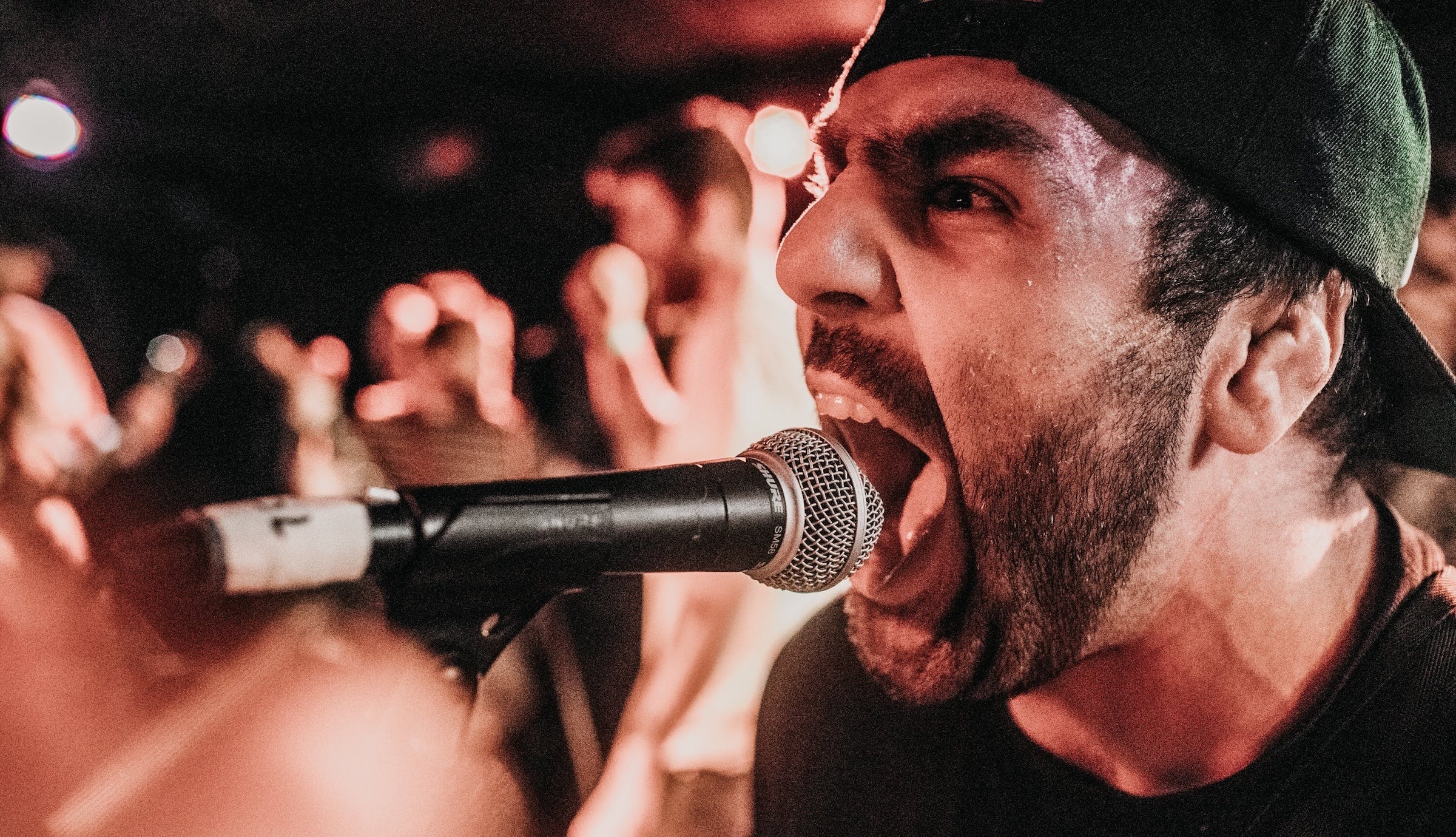 One thing King Nine understands is the power of potential energy. Plenty of hardcore tracks sound like taking a boot to the teeth – and hey, we’re all about that too. But what this New York-based five-piece channels that many other bands forget is the high tension that comes with the calm just before the storm. In King Nine’s looming riffs and and war-drum percussion, the band exudes that same gripping agitation that comes when you lock eyes with the some dude across a cleared pit just before the main riff kicks in, and know you’re about to slam into him as hard as you fucking can.

This restless edge is perfectly illustrated in Paradise, the new track from the band’s upcoming sophomore album Death Rattle. Make no mistake, Paradise has plenty of killer riffs and burly swing to it, but it’s the song’s use of empty space – riffs that end and hang in the air over steady drums, eerie Pantera-esque guitar howls, and the slow build-up to the song’s final breakdown – that makes it something a little scarier than your average sonic mugging. While fans of traditional hardcore will love how hard King Nine go in the paint, metalheads who dig on bands like Power Trip and Black Breath will also find plenty of simmering darkness here to enjoy.

Of the track, singer Dan Seely says simply: "Every man carries a circle of hell around his head like a halo. Every man has to go through hell to reach his paradise.”

Listen to King Nine’s Paradise below and get ready to stare down the world: