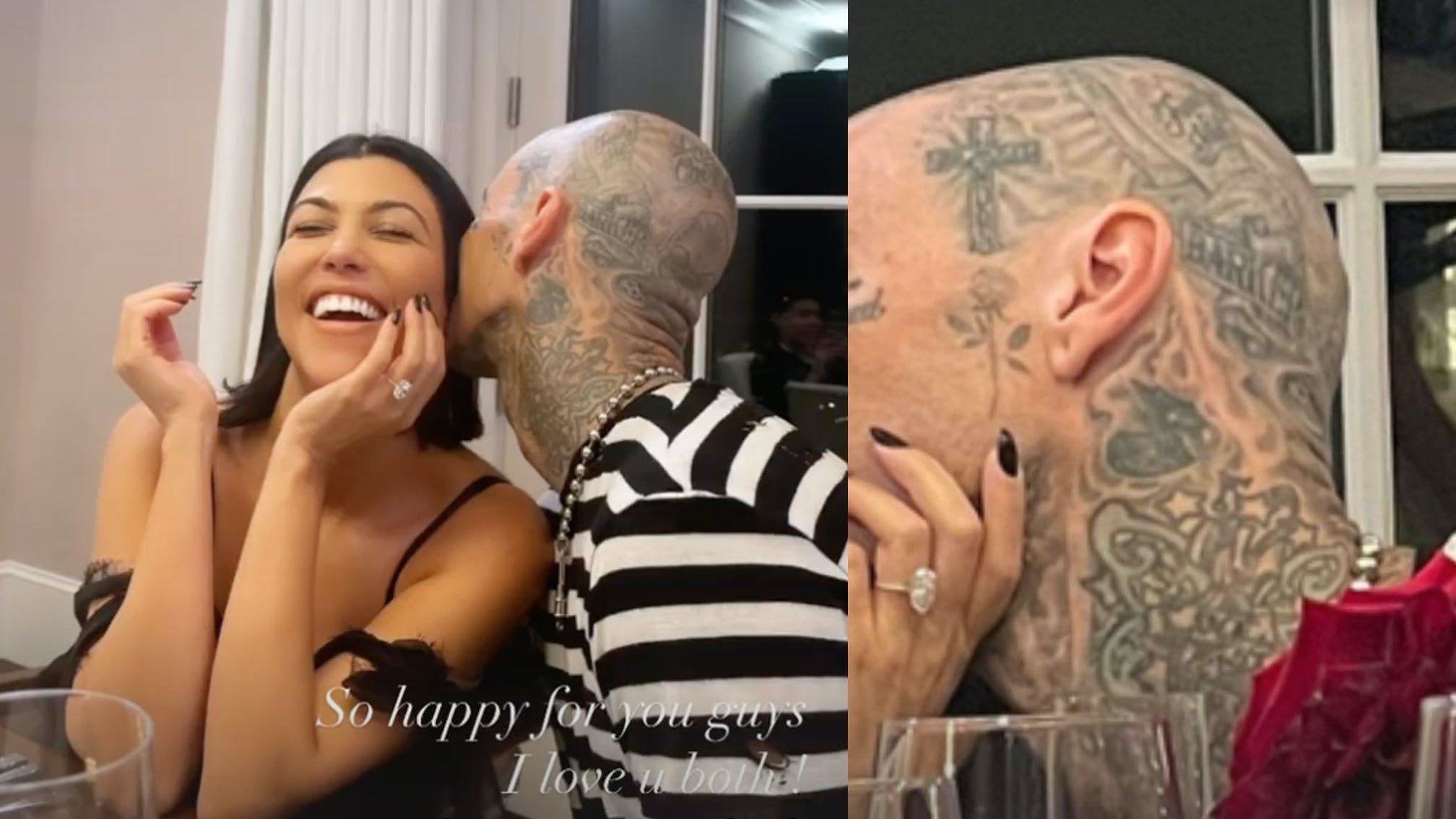 While also being the absolute busiest dude in music at the moment, Travis Barker has still found time for love this year, as he has just announced his engagement to Kourtney Kardashian.

The blink-182 drummer and Keeping Up With The Kardashians star went public with their relationship around Valentine's Day 2021 (though it was rumoured they were dating last winter), with Travis then reportedly popping the question at a beach in Santa Barbara's Montecito, California on October 17.

Indeed, Kourtney took to Instagram to share a couple of photos from what is presumably the proposal, featuring a whole load of red roses and candles on the sand, and the couple in the middle of it all. She captioned the snaps "forever". Awwww!

Afterwards, the pair then seemed to go for a meal with their nearest and dearest, with Alabama and Landon Barker posting photos and videos on their Instagram stories, as well as the Kardashian-Jenner family.

And see other moments the happy couple have shared lately:

Read this: Meet KennyHoopla, the leader of pop-punk’s new generation