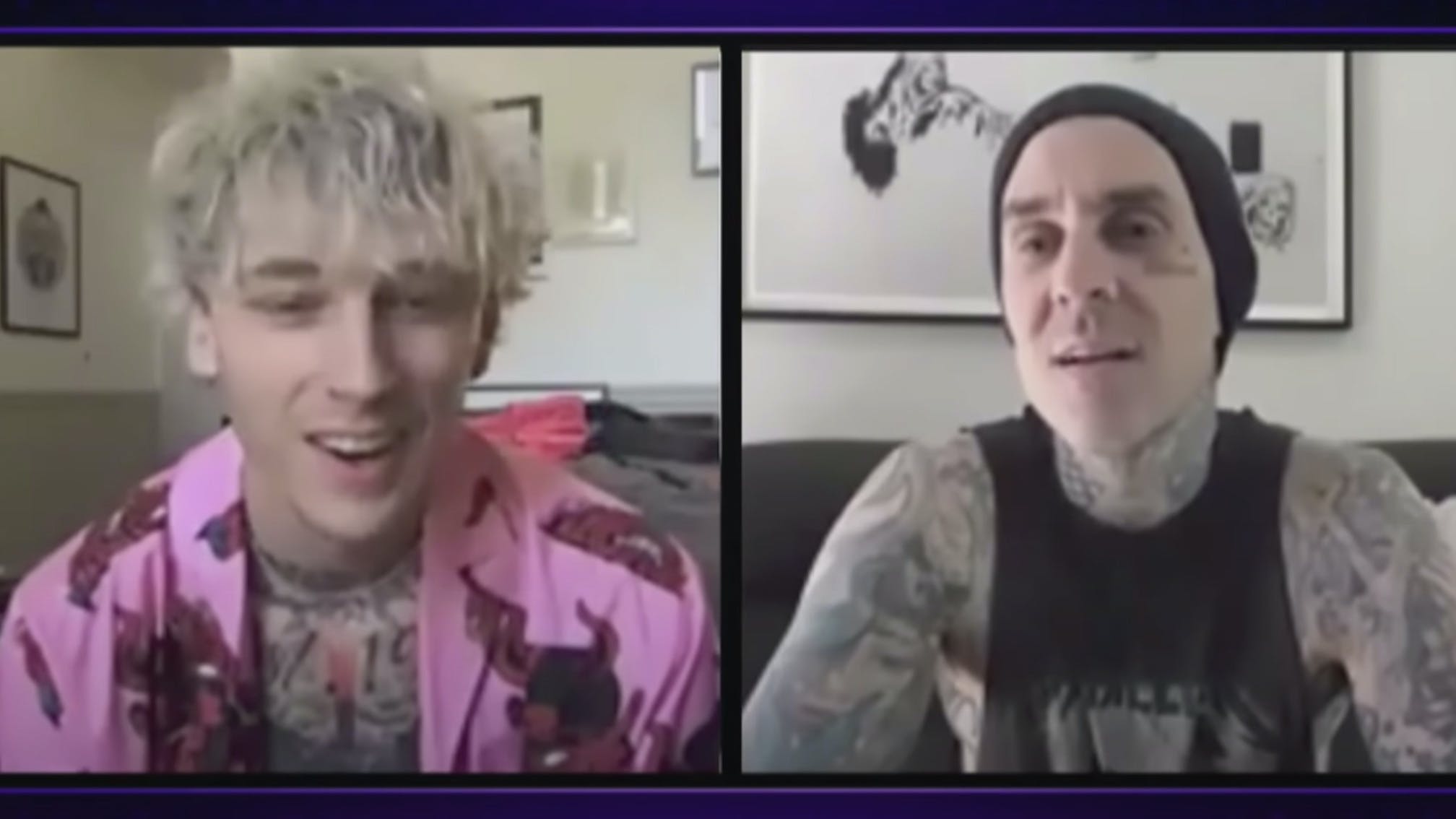 It's hard to believe that the "How do you pronounce the name blink-182?" debate is still raging on 25 years into the band's career, but it's a discussion that Travis Barker and rapper/friend/collaborator Machine Gun Kelly had on The Late Late Show with James Corden last week.

Previously, bassist Mark Hoppus had said that, “Some say one eighty-two. Some say one eight two…” while former frontman Tom DeLonge once joked, “It’s actually blink eighteen-two,” and now the drummer has weighed in, pondering the fact that fans in the U.S. and UK actually pronounce the name differently.

After the host argues, "But it is 'one eight two'. It's not 'one eighty-two', because otherwise you'd say, 'One hundred and eighty-two'," Travis seemingly agrees: "It's so hard, man! I guess because, you know, the way you just kind of explained it to me, it could be 'blink one eight two'."

Machine Gun Kelly then steps in by channeling the Force, adding, "Baby Yoda would probably call it one eighty-two blink, so there's so many different ways to approach the name of this. I'm like a blink 'hundred eighty-two'. I like to say the word 'hundred'."

To be honest, now we're even more confused than before…

Travis has been working with Machine Gun Kelly on his upcoming pop-punk record Tickets To My Downfall, which is due out this summer.

Discussing the pair's work on the album, MGK recently revealed, “This whole thing started out with one studio session. We’ve been great friends for a decade. So this was just like, ‘Hey, let’s just do a random day of work.’ The energy was so immense that came from it…

Read this next: 8 lesser-known but brilliant blink-182 songs that everyone needs to hear