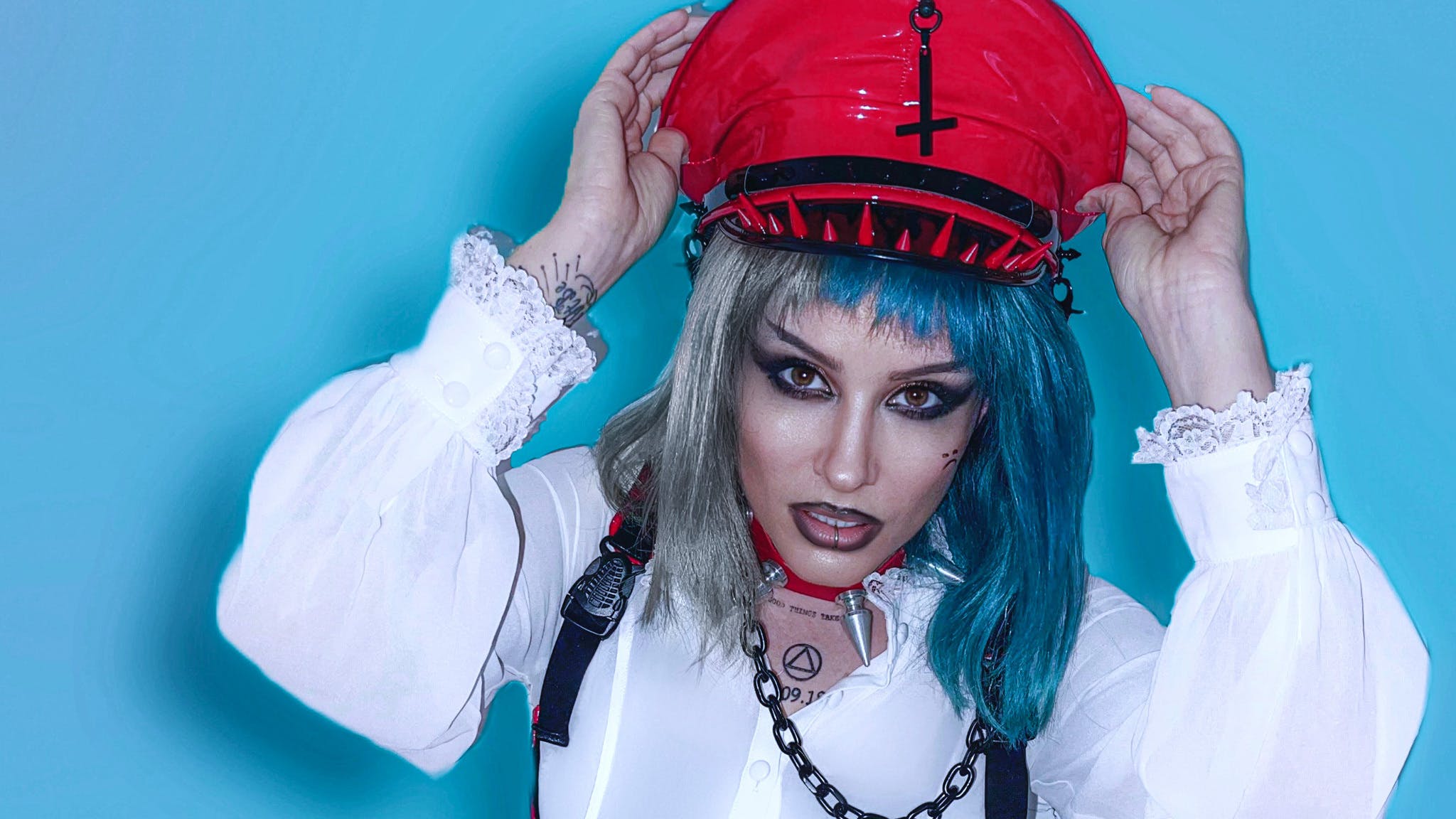 There was something about Avril Lavigne teasing new music that hit RØRY right in the chest. The snippet of a song that was later revealed as 2021 comeback single Bite Me transported her back to a time when the sounds of ’00s pop-punk was her life's soundtrack. Really, RØRY had never appreciated the simplicity of it all before: of her mother still being alive, of having a relationship with her brother, of teenage angst being the worst of her problems. Indeed, they had yet to develop the addictions to alcohol and drugs that consumed the majority of their 20s.

All of that poured out in a comment RØRY (whose pronouns are she/they) left on the video. That comment proceeded to go viral, receiving thousands of replies from people who resonated with her words. Inspired, they turned it into latest single Uncomplicated, a passionate, raw ode to simpler times before trauma and tragedy invaded.

“It’s quite strange for it to resonate so much with so many people,” RØRY considers, “when to me, it’s so specific.” Her sentiment is universal, but what makes Uncomplicated so deeply personal at the same time is that every anecdote in its verses is real. They really did miss their best friend Jenny’s wedding – “I was drunk through that whole year, and I didn’t RSVP, I didn’t show up.” Her first boyfriend really did sing her a Lit cover because they were her favourite band at the time. It’s the tip of an iceberg, a microcosm of everything RØRY stands for, and the experiences they’re here to share, with a stark openness that’s astonishing to witness.

However, it’s only now, at the age of 37, that RØRY is able to share these stories. “I gave up music in my 20s, and swore I’d never do it again,” they explain. “I was very chaotic [at that time]. I was searching for validation in places I shouldn’t have been, and obviously [with] drink and drug use, you’re never going to make it when those things are in the way of you. I’ve felt a lot of anger towards the things that have happened, I didn’t have the focus that I have now. The things that I sing about now are things that I went to then, but I never would have been able to sing them [before] because I was so ashamed.”

RØRY began to heal thanks to therapy and a quest for sobriety, and it’s now been three years since she last touched alcohol or drugs. A certain sense of embarrassment that they felt, meanwhile, persisted. Hardly any artists break into the industry as they get older, and she began to worry that she’d missed the boat. It didn’t help that in their day job writing pop songs, they’d often hear men in the room suggest that even being 22 was too old to break into music. She’d grown up in the age of The X Factor, where anyone over 25 was foisted into the last chance saloon and treated like a pensioner.

“When you hear that over years and years, it begins to take a toll,” RØRY sighs. A lack of role models made her experience a seemingly lonely one, too. That was until they discovered the music of Self Esteem, who exploded with her recent album Prioritise Pleasure at the age of 34. “I cannot tell you how excited I was to discover [her]. Finally, oh my God, there was someone who was doing it, someone I was looking up to.” She hopes, one day, she can be that role model for anyone else trying to break through a little later on in life, and wants to start a record label that will sign those sorts of artists, as well as those who are recovering addicts. “Just because some of these artists are older doesn’t mean they can’t tell a story – in fact, quite the opposite.”

Ironically, the tool that enabled RØRY to break through was TikTok, an app associated more with Generation Z than 30-somethings. “For me, at 37, there’s no way I could send off demos and have anyone sign me. It’d be a huge no, because I’m an OAP. But TikTok is the single most exciting thing that artists can use right now because there are no gatekeepers. Joining it is the single most powerful thing I’ve done with my career – without it, I might not have had one.”

After a false start that saw her initially join the app, delete her account, and rejoin, they went viral within two weeks with a song about emotional and psychological abuse, and was staggered by the outpouring of support from survivors. “That was the first time I realised this music thing is not about me. We forget that the listener is on the other end having an emotional experience.”

Naturally, RØRY has a lot more to say, and her debut EP Good Die Young (pencilled in for a June release) presents her at her most open and vulnerable. “There’s songs about my journey with addiction and self-harm. It’s not the cheeriest thing you’re going to be listening to.” Its lead single, This Is A Song, Not A Suicide Letter, drops in February, telling the story of their attempting suicide after struggling with her mother’s untimely death. “It’s very on the nose emotionally, but it’s everything I’ve wanted to say that I’ve never been able to.

“It’s going to be a shit-scary year, but I cant wait…”

RØRY’s latest single Uncomplicated is out now. Stay tuned for more news in 2022.

“Sometimes you have to kill the person you were to figure out who you can become…” explains RØRY of their emotional new song.

Watch RØRY’s new video for Uncomplicated, a viral single “about feeling old and lost, and missing the days you were an angsty teen”.