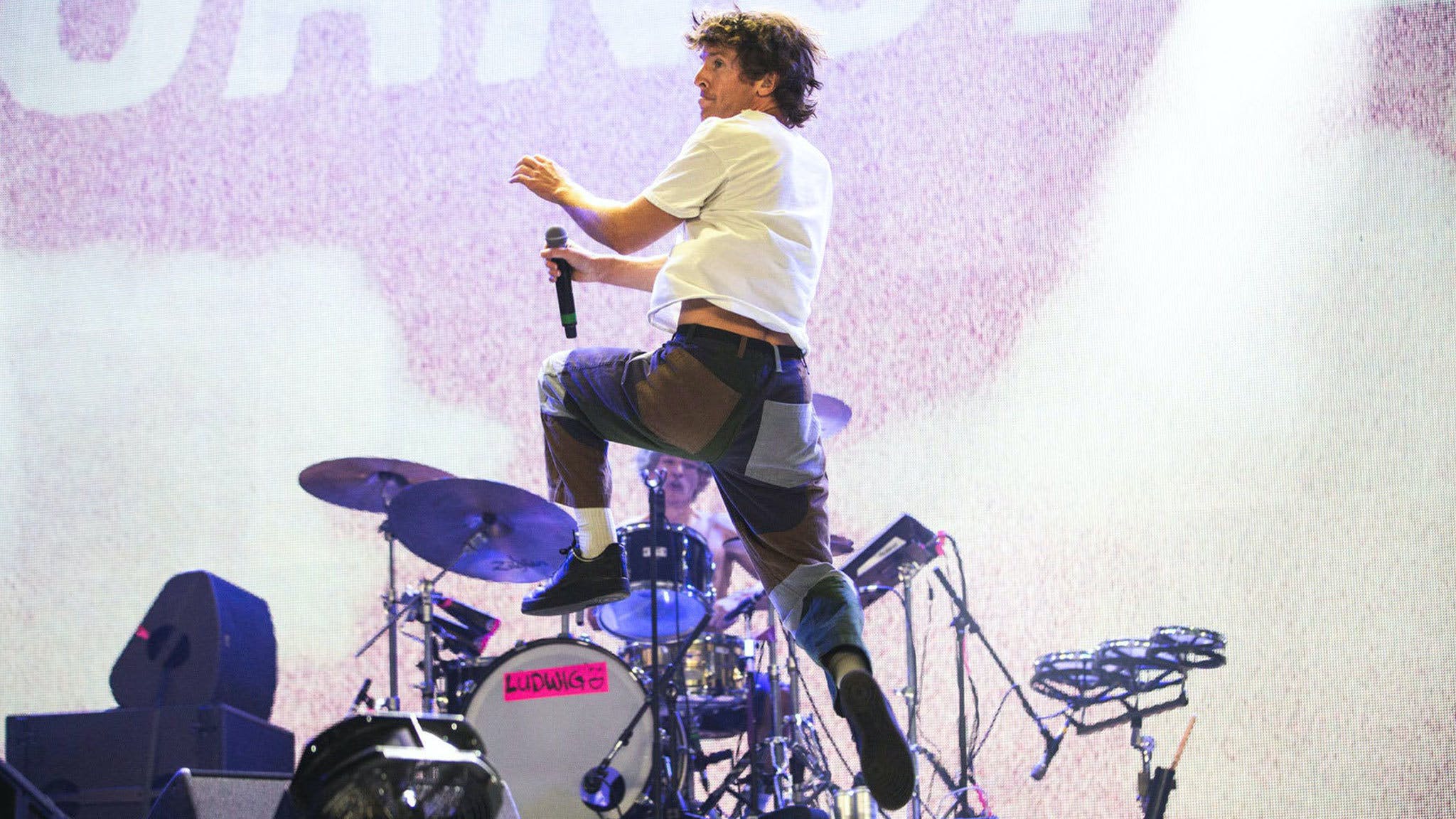 Massive Turnstile news! It’s been another outrageously successful year for the hardcore favourites, and now they’re already making their mark on 2023.

The band have confirmed three headline dates in the UK and Europe next summer – kicking off with their biggest-ever UK headline date at London’s O2 Academy Brixton on May 30, before heading to Tilburg’s 013 on June 5, and Berlin’s Verti Music Hall two days later.

Tickets go on general sale this Friday, December 9, at 10am.

Catch Turnstile at the following:

Turnstile drummer Daniel Fang has announced he’ll be joining the 8G Band on Late Night With Seth Meyers all next week.

Album review: Turnover – Myself In The Way

Mellow emo-types Turnover relax even further on blissed-out fourth album, Myself In The Way.

Turnstile’s shows in Oakland and San Francisco with Snail Mail and JPEGMafia have been cancelled, but the band will announce rescheduled gigs “as soon as we can”.

Watch the TURNSTILE LOVE CHANNEL – which documents the band’s current U.S. tour – and marvel at just what a phenomenon their live shows have become.