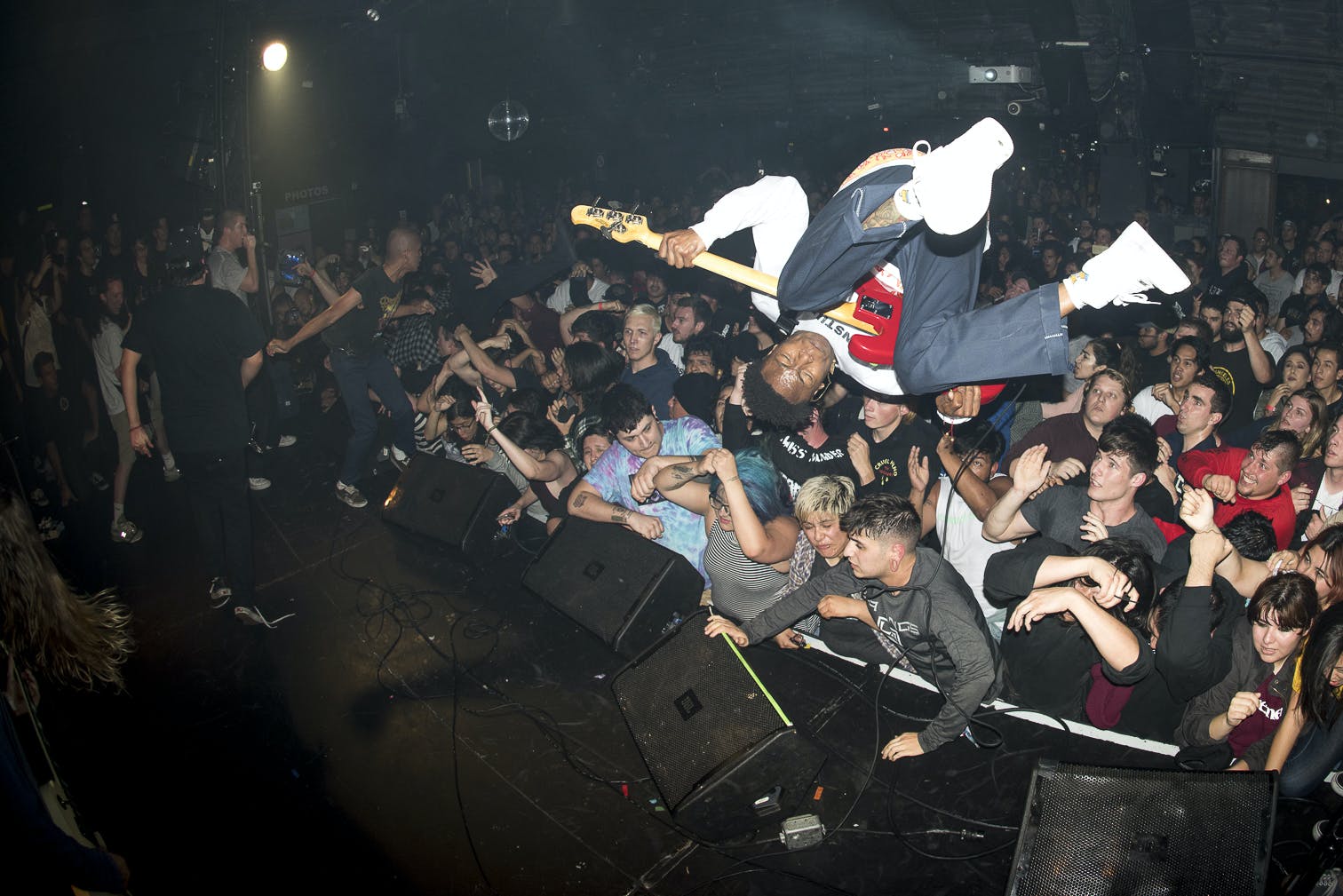 Maryland punks Turnstile have announced a five-date tour of the UK in March.

Kicking off at the Academy 2 in Manchester on March 9, the headline run ends at ULU in London on March 13.

The tour will be Turnstile's first proper tour of the UK in over a year, with their only 2019 shows coming at Slam Dunk and 2000trees festivals.

Turnstile spent most of 2019 on the road, or touring as their 'other band' Angel Du$t – including a set in The K! Pit. At the start of this year, they dropped the Share A View EP – three tracks of remixes by Australian producer Mall Grab. Listen below.

Tickets for Turnstile's UK tour go on sale here at 9am on January 20.