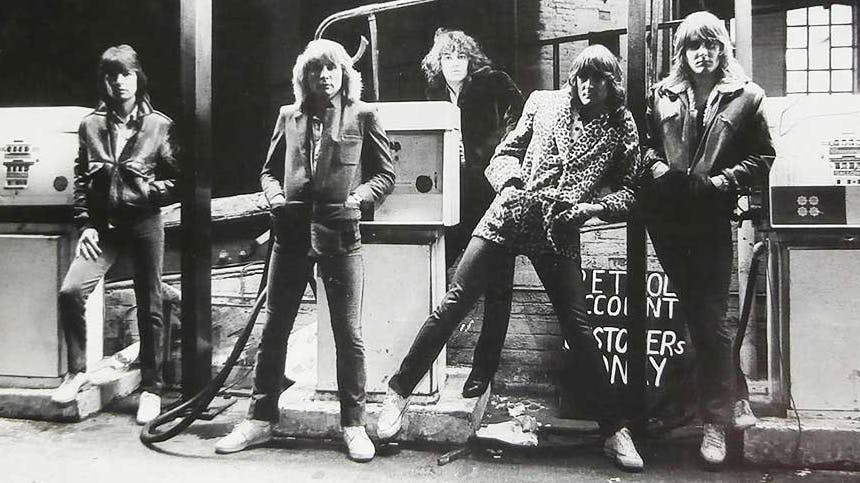 Paul ‘Tonka’ Chapman, the Welsh guitar player known for his many stints with UK hard rock legends UFO, has passed away at the age of 66.

His death yesterday – June 9 – was confirmed by his son who issued the following statement on the official Paul ‘Tonka’ Chapman Facebook page.

“It is with a heavy heart writing this, today is my dad’s 66th birthday. He passed away earlier this afternoon. He was a brilliant, energetic, loving and most carefree person and the first man I ever loved.

Everyone he came in contact with loved him. no ADORED him. will keep everyone posted on his celebration of life. I appreciate everyone's thoughts and prayers as his family grieves and processes everything at this time. I love you Dad. So much.”

Paul's death was met with immediate tributes from fellow musicians, including his former UFO bandmates, Ginger Wildheart and Motörhead guitar player Phil Campbell who described him as “my main influence on guitar for many years and a brilliant bloke.”

Armed with a fast-and-loose style, Chapman cut his teeth in Irish blues-rock outfit Skid Row (not the Sebastian Bach-fronted band), the group he joined in 1971 where he replaced Gary Moore. Three years later he joined UFO as a second guitarist. His stint in that band was short-lived and he departed in ’75 to form Lone Star – the underrated Welsh hard rock outfit with whom he cut two albums, the first of which was helmed by Queen producer, Roy Thomas Baker.

Lone Star’s short-lived career saw him re-join UFO in 1977, initially on a temporary basis before replacing the mercurial German guitarist Michael Schenker as a full-time basis the following year.

Schenker’s playing had helped define the band’s anthemic style, his contribution to a string of classic albums – Phenomenon (1974), Force It (1975), No Heavy Petting (1976) and Lights Out (1978) – establishing UFO as the pre-eminent hard rock band of their generation. Paul joined them at a crucial time as they headed to the States to play for the biggest audiences of their career. Undaunted, he assumed Schenker’s role with sheer confidence.

Having famously passed his audition to join the band while under the influence, Paul's arrival in UFO also coincided with the band’s most debauched period. His nickname of ‘Tonka’ (after the brand of seemingly indestructible toys) would be well earned, as he joined bass player Pete Way and frontman Phil Mogg in wanton acts of self-destruction.

His recording debut with UFO came on the 1980 studio album, No Place To Run. Worn down by on-the-road excess, the five-piece repaired on the Caribbean island of Montserrat to record the album with Beatles producer George Martin. If the resulting 10 tracks were somewhat uneven, Chapman’s impact was evident from opener Alpha Centauri – an instrumental piece of mood music which he penned. Equally, his trenchant riffing on tracks like Lettin’ Go helped define the album’s ragged style, while Anyday (the album’s final track) showcased his fiery, emotive lead work to remarkable effect.

His role in the band increased when he co-wrote six of the eight songs that made up UFO’s next studio effort, The Wild, The Willing And The Innocent. Viewed as the band’s late-period classic, the album hit the UK Top 20, and fully showcased his fluid style.

Paul continued to co-write a number of key tracks on the follow-up, Mechanix (itself a Top 10 album). 1983’s uneven album, Makin’ Contact, would prove to be a commercial failure and marked UFO’s temporary split, and Chapman’s permanent departure.

Joining Waysted, the band led by his UFO running mate Pete Way, he co-wrote of the majority of the songs on the band’s 1985, The Good, The Bad And The Waysted, to further critical acclaim. In later life, Paul was based in Florida where he continued to record, playing with a number of different musicians and bands, Gator Country among them.

A hugely talented musician and a down to earth individual, Paul will be missed by all those lucky enough to spend time with him. Kerrang! sends our condolences to Paul’s family, friends and bandmates past and present at this sad time.