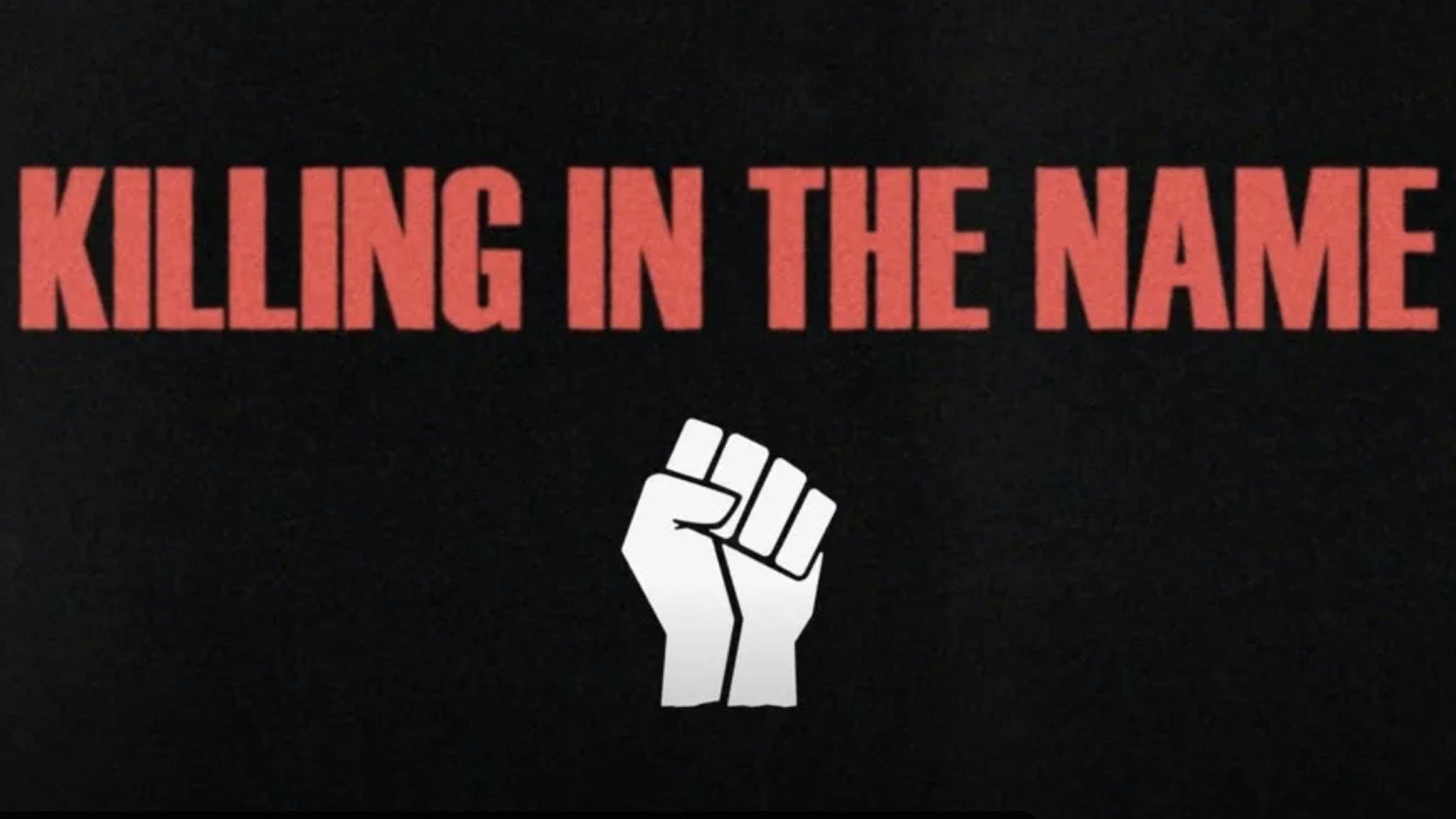 More than 40 members of the UK heavy music community have come together to cover Rage Against The Machine's 1992 classic Killing In The Name – and it couldn't be more timely.

At the time of writing, protestors in Portland, Oregon have been active for more than 60 days, with many chanting the lyrics 'Fuck you, I won't do what you tell me' at police and oppressive state agents. Rage guitarist Tom Morello even responded to criticism on Twitter, saying, "Well, that's what it's for!"

The UK has seen many protests since the death of George Floyd on May 25, with people uniting across the country to oppose racism and police brutality. This new fundraising cover is an important instance of musicians, artists and crew members unifying to do what they can to inspire positive change. Here, Kadeem France, singer with Liverpool tech-metal titans Loathe, tells us more…

How did the Rage cover bring so many people together, Kadeem?

"Basically, our friend Lewis Chalmers said, 'We're getting a bunch of artists together and we want to do something for Black Lives Matter.' We're not the type of band to really do covers or anything, but Lewis sent videos of all the artists doing their pieces. We saw everyone we know and love doing it and realised, 'This is awesome – we have to do it.' And I want to do as much as I can for the cause, so it makes perfect sense."

How important are Rage Against The Machine songs to the world in 2020?

"Very, very important. A lot of the messages behind them are as relevant today as they were in the ’90s. For Killing In The Name to be so relevant today is a bit mad. It shows that change needs to happen, soon as."

How did everyone actually contribute their parts?

"Everyone did their parts individually, and sent them to Lewis. He's a sound engineer, and has done some vocals for it, too. He's been the head of the whole thing. We've got Cam from Lotus Eater, Graphic Nature, Conjurer, God Complex, Dream State, VUKOVI… so many. As well as that, a lot of music companies like Spitfire Touring and Audio Rage; people who are part of the scene all getting involved."

What's your personal experience of the movement that has developed since the death of George Floyd?

"For me, I've always been pushing this part of the movement, and honestly, I'm really happy to see that it's at the forefront of the media, now, with so many people talking about it. The only thing, for me, is people posting quite a lot of graphic pictures or videos. They can kind of get to you a bit and take you back to when you first saw those pictures or videos.

"But other than that, I couldn’t be happier that so many people are talking about things. I've been to two of the protests in Liverpool, and to see so many people there for this cause – so many people I've grown up with – I've never felt like that before. It felt empowering. It's incredible."

Quiz: How well do you know Rage Against The Machine's lyrics?

How important is it for people in the UK to get together in public spaces to protest?

"Very, very important. It shows the public that we're here and we're standing together. It's all good sharing stuff on Instagram or posting stuff on your story, but to actually be there in the physical space and show your support – for me, it made me believe in the movement even more because I could see there, for myself, all the faces that are supporting this."

Rage had to cancel their tour dates with Run The Jewels. How has the pandemic affected Loathe?

"It's affected us heavily. We had a very busy year planned, especially after releasing I Let It In And It Took Everything. I genuinely thought 2020 was going to be our year. But unfortunately, COVID happened.

"At the same time, though, I think it's a blessing in disguise. It's a conversation I had with Erik [Bickerstaffe, Loathe guitarist/vocalist], about how we were moving at 100mph for so long, with the release of I Let It In, and never really having time to sit back and think of all the things we've done as a band over these past few years. Having this time has let us realise that, and to count our blessings, in a way."

How do you think racism affects the rock and metal scene?

"I feel like with rock and metal being a predominately white genre, as of now, there have been times going to gigs when I was younger that I felt out of place. I felt like people were staring at me or talking about me because I was the only black person in the room.

"I feel like that's an undertone of it, but at the same time, the metal and alternative scene is such an open and welcoming world. But with it being a predominately white genre, there have been times when I've seen someone say and do something off-key and racist precisely because they feel like they're safe."

What's the one thing people can do today to help dismantle systemic racism in the UK?

"White people should use their privilege, in the sense of if you see something happening in public you stand up and use your voice, to spreading the word on social media – every little helps when it comes to fighting systemic racism.

"I mean, I don't associate myself with any white people who don't speak up for me when I'm in those sorts of situations. I feel like all people should have that mentality – if you see injustice, speak out and use your voice to help."

Stream Killing In The Name below, and donate to the Black Lives Matter fundraiser right here.