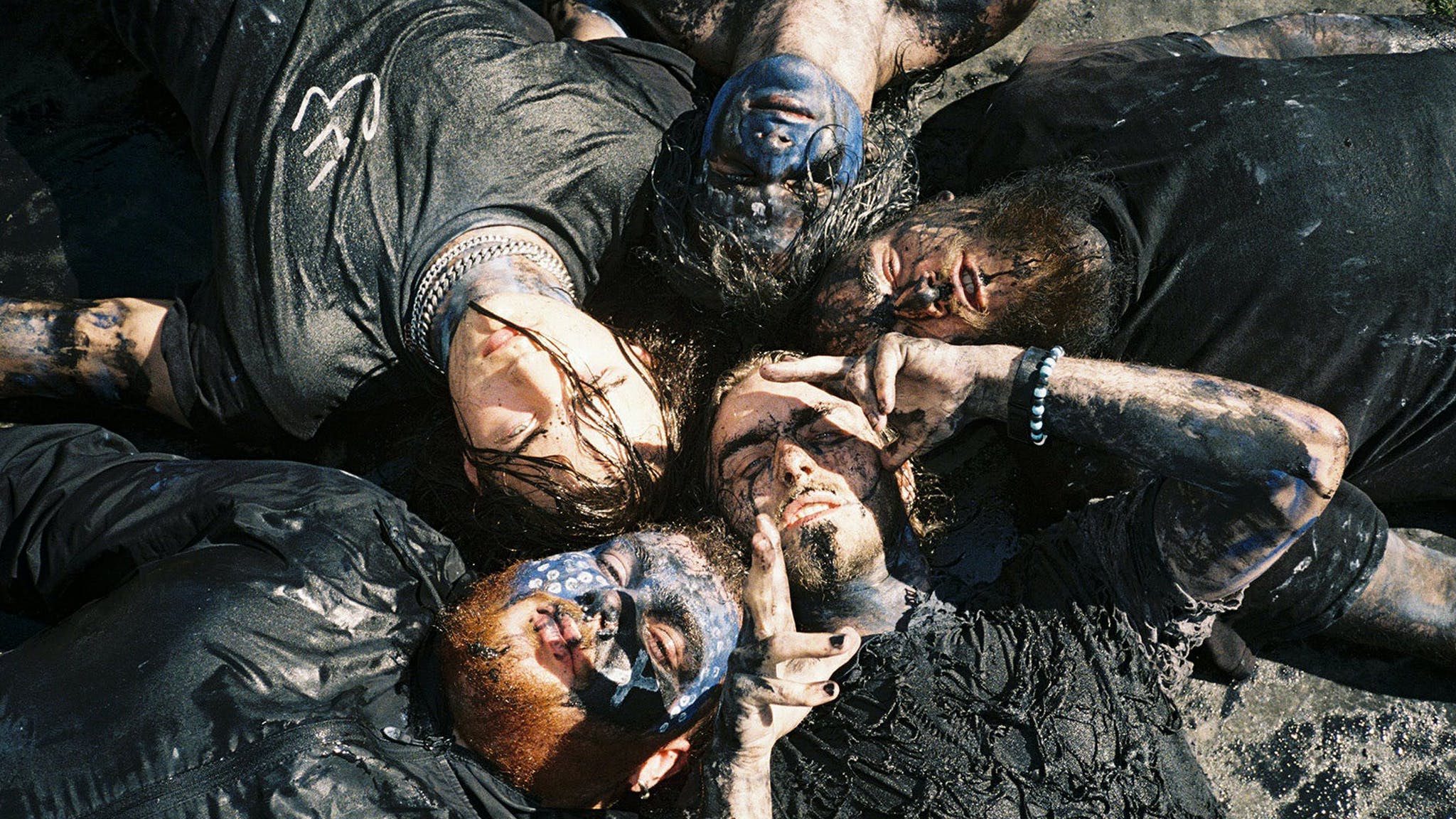 In case you somehow missed it, the brilliant Vended have hit the cover of Kerrang! this week for the first time ever, to discuss their impressive journey so far and how they might just be the future of heavy music.

And it’s not just to do with their sound: as you’ll see from the gnarly, mucky photoshoot we got the band to do to accompany our interview, they’ve got strong, well thought-out aesthetics already for such a young group. And there’s a point to that…

“If you can get good visuals, good music, and just an overall welcoming vibe, you can have a band,” says Griffin. “If you don’t abuse your power in any of those categories and just keep doing it for the people who enjoy your stuff, it’s really fucking inspiring. We really hope we can get to the point where we have fans wearing the same type or style of make-up that we wear at our shows and we can have an army of people in our make-up.”

“You realise there’s so many bands out now, and there’s no disrespect to any of them, but it’s a change of motion,” explains Simon. “You go on tour with a band and maybe they put on a couple of stage outfits, two of ’em are still wearing the same outfit they wore yesterday, and you realise that’s not cool. Yeah, you guys have kickass music and you guys slam, but where’s the visual effect? That’s what gets you. We put on this gross-ass, slimy-ass fucking make-up that looks gross and smells gross, but the fans fucking love it. They’re like, ‘These guys slam, their music’s great and the make-up looks dope.’ That’s three gold stars that are in our pockets.”

Vended’s colour of choice is blue – as you can see from frontman Griff’s painted face. But why? “No-one uses blue!” Simon enthuses. “It’s always red, white or fucking angry colours. We’re fucking angry but we’re using one of the colours that’s mostly described as sad or moody.”

Vended's Griffin Taylor: The 10 songs that changed my life

Vended vocalist Griffin Taylor guides us through the songs that made him who he is today – from Paul Simon to Maximum The Hormone and beyond...

Listen to Vended’s crushing new single Ded To Me: “This is a straight f*ck you!”

As they gear up to hit the main stage of Bloodstock in a month’s time, Vended have given fans something new – and absolutely brutal…