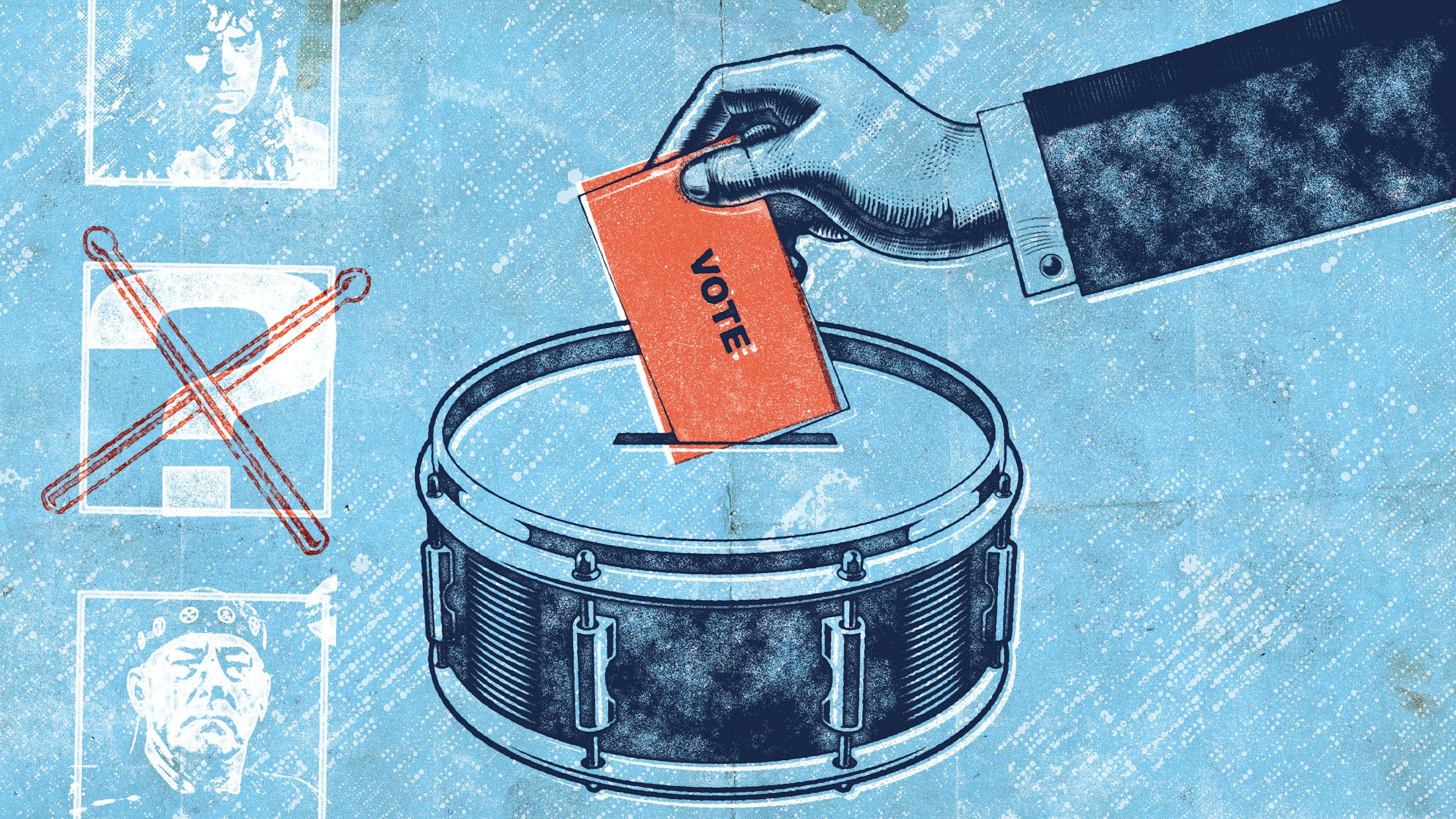 To paraphrase the great Jebediah Springfield, a talented drummer embiggens even the smallest band. While percussionists often become the brunt of jokes are are unfairly cast as a band's least poetic member, the truth is that without a good drummer behind the kit, your band will suffer. People who take rock music seriously know that amazing drummers are rare and beautiful things; we've all been to at least one show where we've stood there just watching the drummer in rapt amazement. This mixture of necessity and under-recognition is why when a drummer is great, they stand out.

That may work for your average fan, but for diehard fans of metal and hard rock, there's a wealth of options to choose from. These genres often attract some of the more acrobatic and innovative drummers out there, and as such these kinetic halves of the rhythm section become celebrities to listeners. Which is why, rather than rank the greatest drummers in rock music ourselves, we decided to ask our readers to chime in.

Below you'll find a poll of 50 drummers who we think deserve placement among the GOAT, ranging in genre from classic rock to death metal. Cast your votes and let us know who should be at the top of our list (feel free to choose your own write-in by clicking "OTHER"). Then be on the lookout for the results to be revealed here at Kerrang.com.