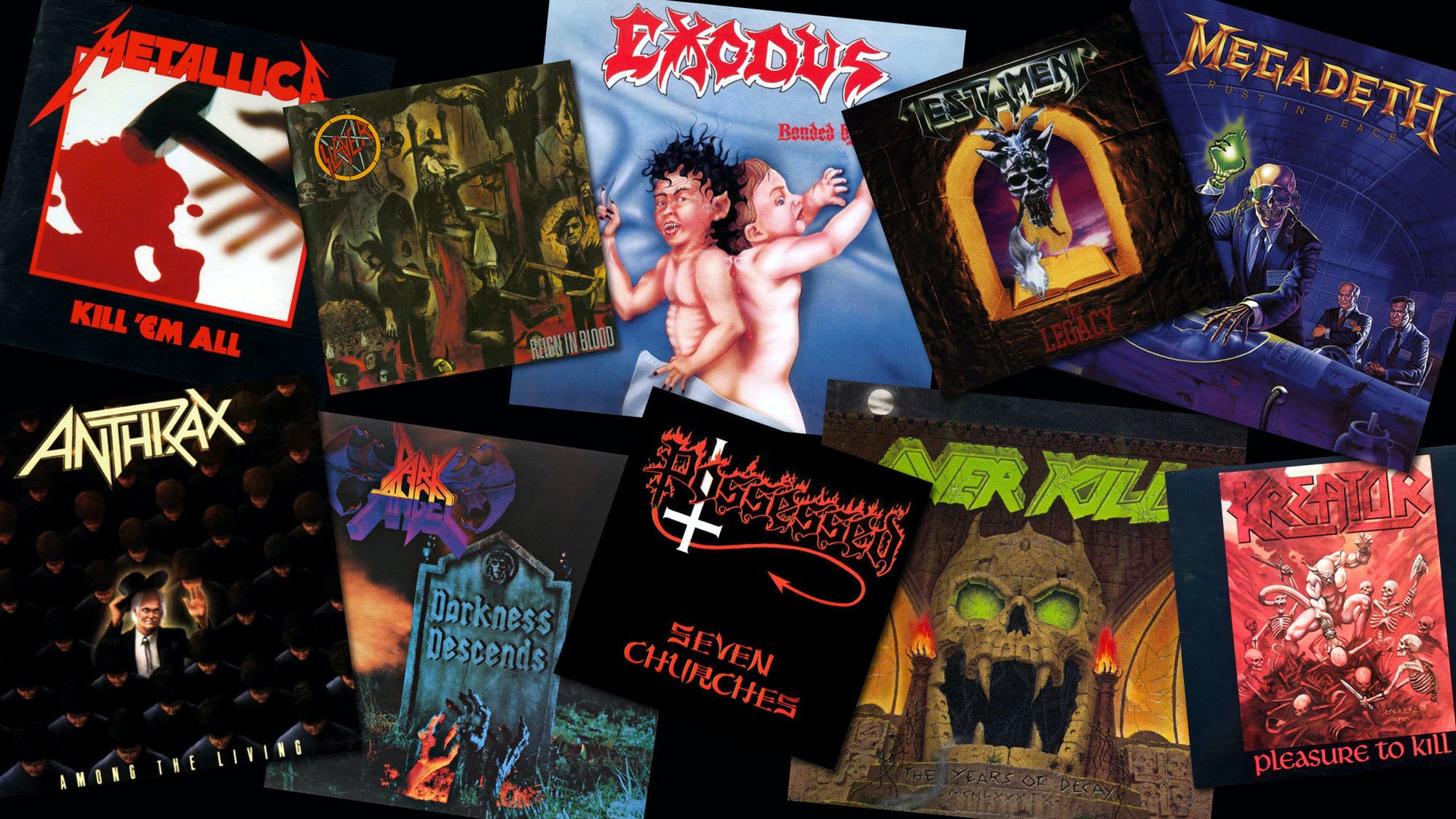 What is the greatest thrash album of all time? It's a hard question, and one that metalheads have vehemently argued about since Metallica first left their garage. Is it Kill 'Em All? Reign In Blood? Rust In Peace? Among The Living? Kerrang! was there on the ground floor when thrash broke and has been following its journey for over three decades, but we cannot decide on one album to rule them all.

And that's where you come in.

We want the Kerrang! audience to vote for the record they think is the best thrash album ever made. Simply enter your album pick in the snazzy widget below to make your nomination.

Please type it in the style of Artist – Album Name.

Tonight (June 19) Kerrang! is hosting the UK premier of thrash documentary Murder In The Front Row at the House Of Vans in London. To win tickets, readers had to tell us which thrash album changed their life and why. Here are just a selection of the best entries we received.

"The first thrash album I ever bought was God Hates Us All by Slayer, which I bought when I was 13 (not counting the Black Album which I got the year before). It's maybe not the thrashiest Slayer album ever released (sadly I wasn't around in the 80s), but it was the fastest and heaviest thing I'd ever heard at that point... Slayer was the perfect gateway drug for my young brain and it pretty much ruined my life. I've pretty much been on a Slayer binge ever since (I'm 27 now)."

"The first thrash album I ever bought was Ride The Lightning by Metallica. My brother already owned Master Of Puppets and I vicariously learned all the words from him playing it so much. I was record shopping one day and saw Ride The Lightning on the shelf and was drawn to the artwork, so I bought it because it looked the coolest and luckily for me it was amazing... I've become a big Metallica fan since and am seeing them for the first time at Twickenham, I hope they play some Ride The Lightning!"

"My first ever thrash album I bought was Metallica's Ride The Lightning... and it changed everything! As a side note; after playing my first ever gig with my old band, we were interviewed by our local paper, and when asked my name I said I was called Kirk Hammett... I hope to meet him one day so I can tell him."

The poll will close on Friday June 28 with the winner being announced shortly after.