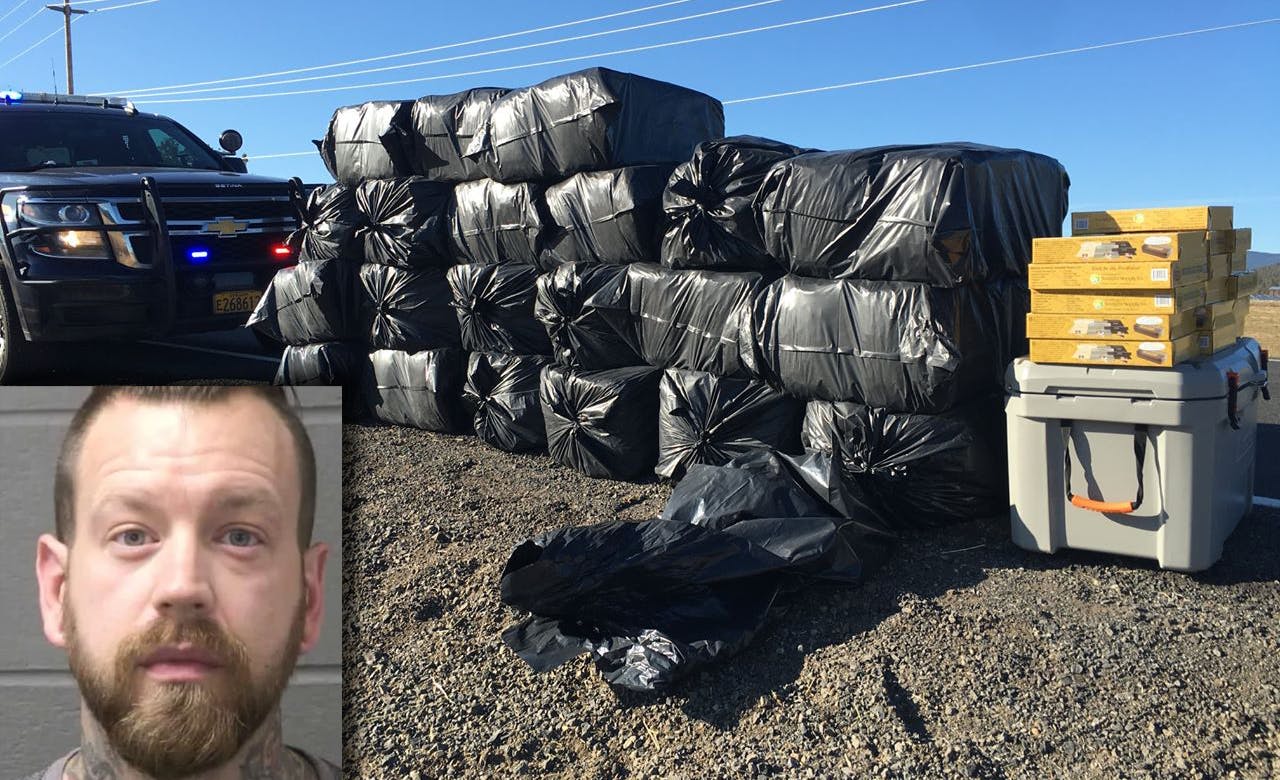 Walls of Jericho drummer Dustin Schoenhofer was arrested after Oregon State Police discovered 632.5 pounds of marijuana and a suspected 36.8 pounds of Butane Honey Oil (BHO) extract in his pickup truck.

According to Oregon's Fox 12 news, the heavy metal drummer was pulled over in his Chevy pickup by State Trooper Adam Miller on October 23 at around 3:00pm. During the stop for a traffic violation, the trooper obtained probable cause to search the car, locating the marijuana and suspected BHO in the process.

Dustin claimed that he was unaware of his cargo. As Miller wrote in his log entry: "The driver stated he was going to Ohio with the truck but didn't know the marijuana was in the back of it."

Such a haul is nothing new for the Oregon State Police. The OSP Domestic Highway Enforcement team routinely conducts illegal drug trafficking missions throughout the state "to identify and disrupt all criminal conduct on Oregon highways and identify elements of drug trafficking organizations for further investigation and dismantling."