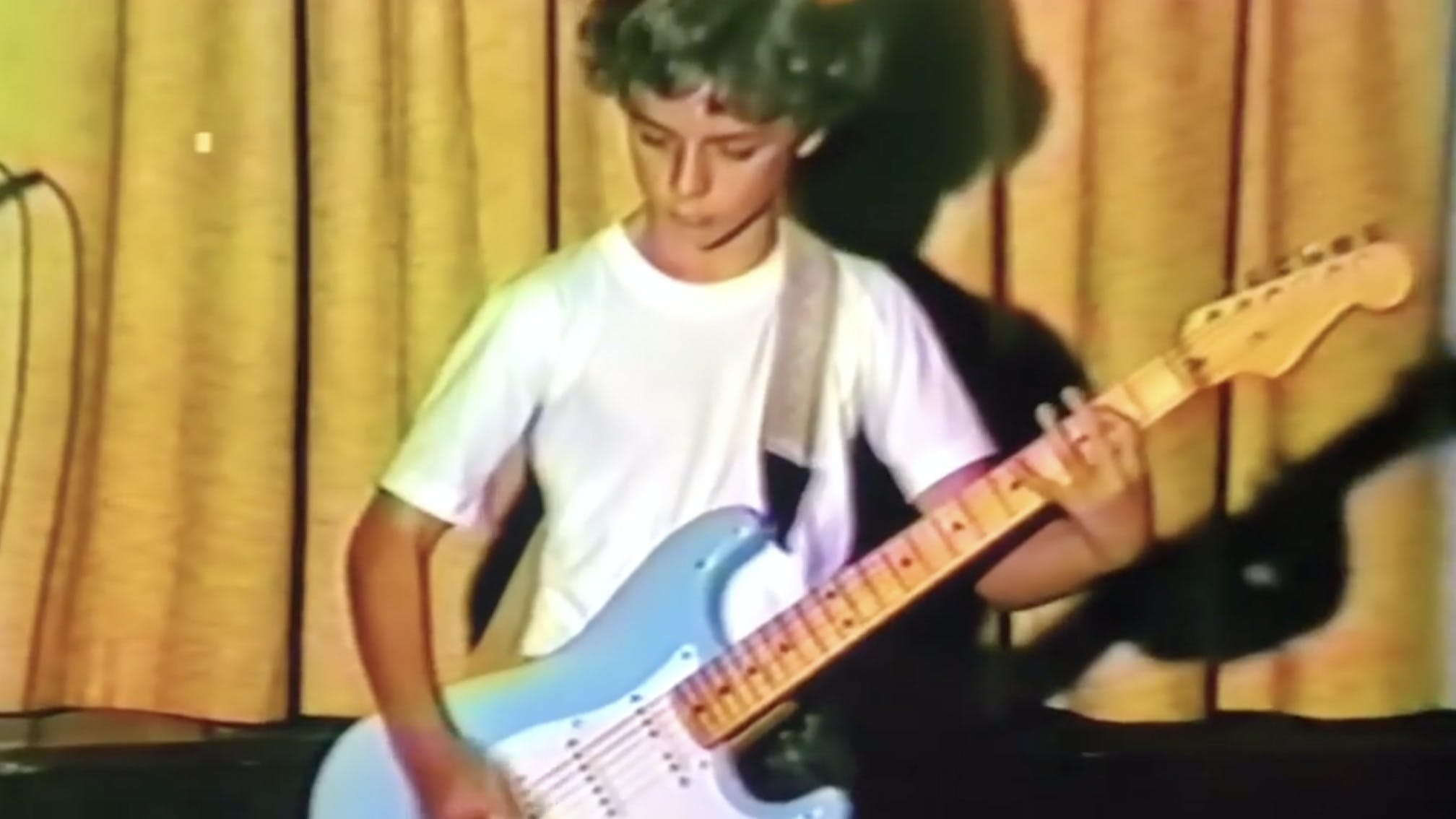 Billie Joe Armstrong has shared a super-sweet video of himself playing live as a youngster.

The clip shows the Green Day frontman performing with his iconic guitar Blue, a Fernandes Stratocaster that was originally given to him by his mother Ollie at the age of 10 – and has since faded and has a load of stickers plastered all over it, though is still used during the band's live performances to this day.

While Billie actually got his start in music even earlier than this clip (he released his first single, Look For Love, at just five years old), the singer and guitarist performed recitals with his family around California from the age of five until around 13, which presumably is where this footage was taken.

Read this next: 20 things you probably didn't know about Billie Joe Armstrong

"Dear Blue," Billie writes in the caption on this particular clip. "You’ve always been true. That’s my brother Dave playin drums. My family everywhere else… Song – Johnny B. Goode."

Check out the young rock star in action:

In other Billie Joe news, the frontman recently told Kerrang! that he’d written six new songs in lockdown, and hopes to get together in the studio with bassist Mike Dirnt, drummer Tré Cool and Father Of All… producer Butch Walker when all of this is over.

“I’ve been writing a lot of music, and I had all these melodies in my head, so I wrote, like, six songs since all of this has been going on,” he said. “I don’t know when I can get together with Mike and Tré, but I told them to make sure that they’re quarantined for now, and then I hope down the road we can get back in the studio with Butch Walker.”

He also told James Corden in April that he's been staying in touch with his bandmates during this time, revealing, “Mike [Dirnt] is basically becoming like a farmer right now – he’s been growing his own vegetables. But he’s also organising his record collection. And then Tré [Cool] has just been hanging out with his wife Sara and their baby Mickey, and trying to play drums as much as he can.

“We were all ready to start going on tour, and we had to postpone a bunch of dates,” he continued. “Everyone was ready to go on tour and play together again, but it just kinda got sidelined for now.”

Quiz: How well do you know Green Day’s lyrics?