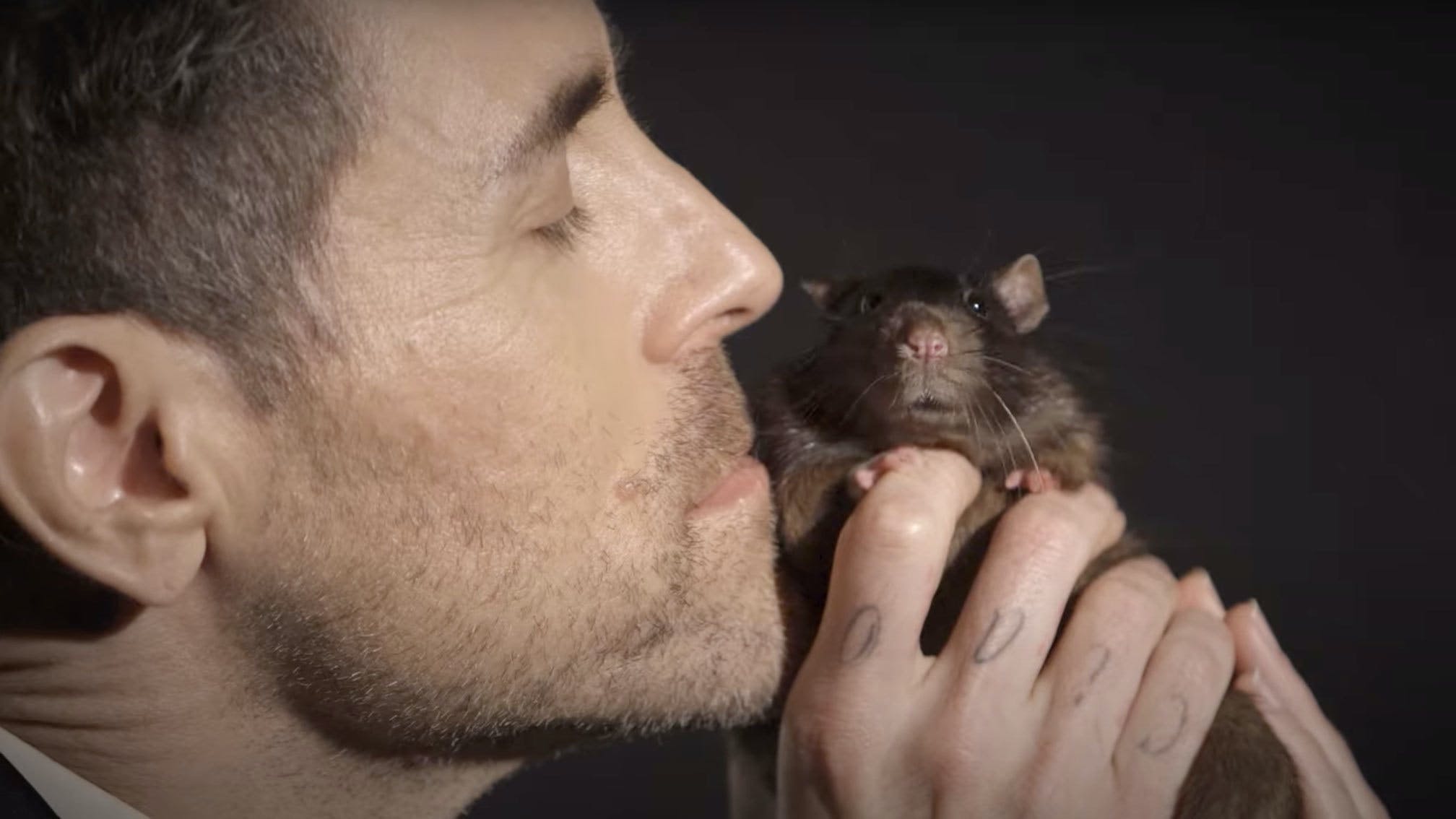 Davey Havok has teamed up with PETA (People for the Ethical Treatment of Animals) for a new campaign that raises awareness against speciesism – the philosophical belief that one species is more important than another.

The AFI frontman specifically makes a stand for rats here, explaining to PETA that these rodents are “thought to be pestilent. They’re not. They’re very caring animals. They group together. They sleep in packs. They’re playful.

“It’s unfair to discriminate against animals and harm them. Rats do not deserve to suffer, just like your dog or your cat.”

Davey – who is a longtime vegan, and has worked with PETA in the past – cuddles and pets rescue rat Wee Man in a new trailer for the campaign, as he details the cruel 'forced swim tests' that they are put through, which supposedly measure depression. “Is that depression that you’re measuring?” Davey says as footage of the horrendous experiments play out. “No. It’s fear. It’s trauma. It’s fight or flight… Nothing is gained from that except their suffering. And no animals deserve that. No animals deserve to be treated like that.”

Read this: Why every metal and hardcore fan should consider going vegan