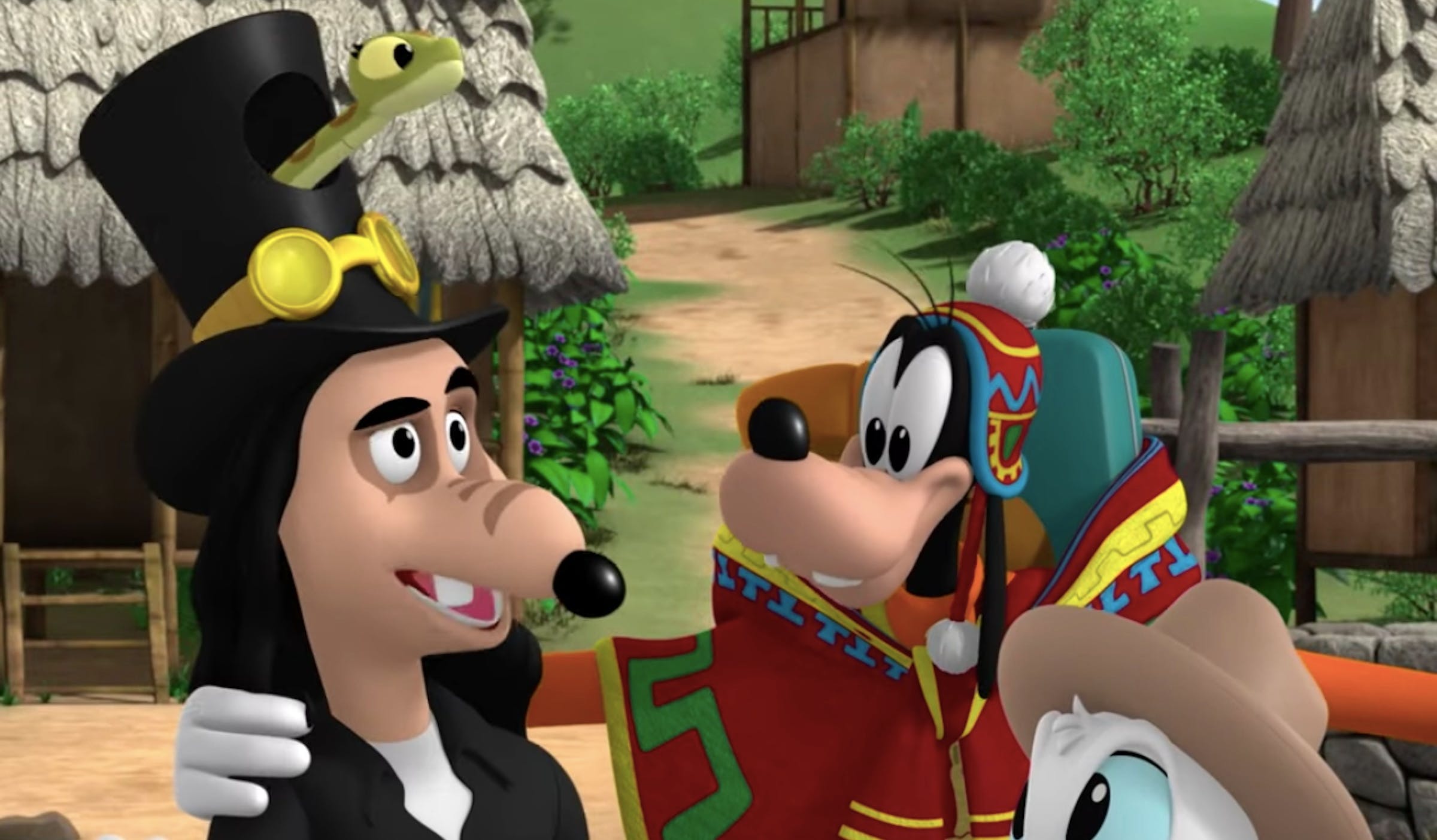 You may not know Alice Cooper as Alistair Coop De Ville, but you will soon. According to Entertainment Weekly, that will be his character on Disney Channel’s Mickey and the Roadster Racers. Yes, he’s going to be an old friend of Goofy’s uncle -- and he’s also a treasure hunter. No, there’s nothing scary or menacing about him (though if you ask him, there never really way).

“It’s so funny that they have a snake coming out of my top hat — the two things that Alice is known for,” Alice told Entertainment Weekly. “And it’s a non-threatening character. Generally when I play parts in movies or TV, I’m always the villain. It’s kind of nice to not be the villain for once.”

You can watch the trailer of the wholesome episode titled Goof Quest below.

In an interview Kerrang! did with Alice, the shock rocker described the craziest thing people claim they’ve seen him do onstage, but that he never did. “At one point, every city we’d get to, there would be a guy who would show up from the ASPCA. And I love animals. Now, I’d never hurt an animal. I’m the furthest thing from being cruel to an animal. In fact, if I ever saw anyone hurting an animal, I’d be in jail for beating them up.

"Anyway, we get into one town, and the guy says, ‘Hey, we have one problem here…we just can’t have you setting German Shepherds on fire onstage.’ And I said, ‘Ah, darn it, we were going to do that. Where’d you hear that?’ He said he’d just heard it through the grapevine. And this was before the Internet. Someone just decided that was going to be the urban legend for that week, and therefore it happened. They were very serious about it. You get to a point where you want to look at people and say, ‘…and you believe that?’”