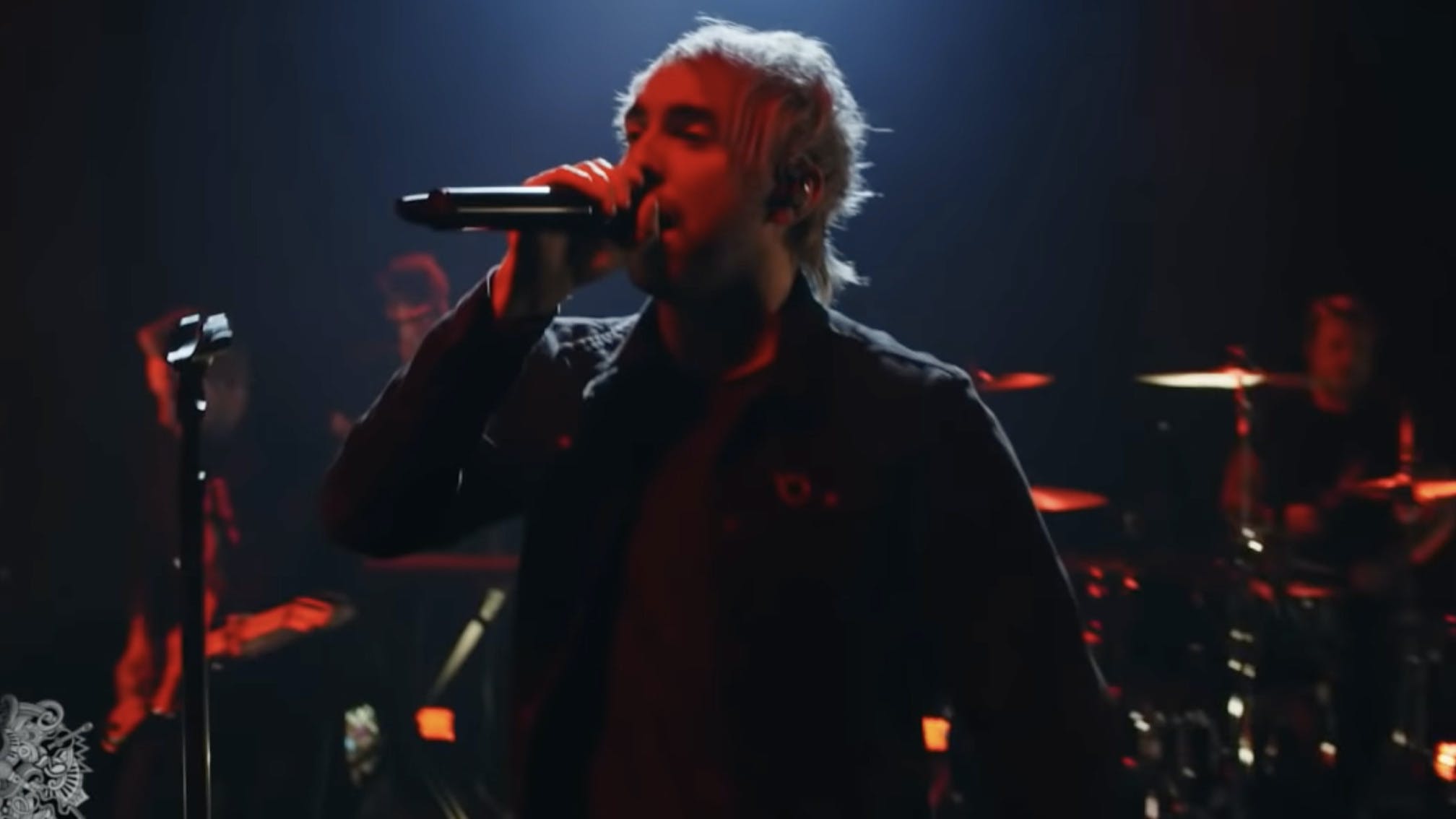 All Time Low are seemingly doing the rounds on TV right now, following up last month's Ellen Show performance with an appearance on Jimmy Kimmel Live.

The Baltimore boys shared a(nother) slick rendition of their 2020 single Monsters on the show, frontman Alex Gaskarth once again taking up rapping duties in place of blackbear.

Speaking to Kerrang! recently about the huge success of Monsters, the vocalist/guitarist enthused, "It's really cool when you see something click, and it clicks authentically. People latch on to it not because it’s being promoted heavily by the record label or something, but because there’s a genuine buzz for the song. That’s what Monsters did for us; the second the record came out there was a very natural reaction of, 'Oh, that song’s streaming the best. Oh, that song is getting the most views.’

"It just started to put its hands up, and then you go, 'Okay, maybe we were really on to something with this…’ And I think that goes even further in that Monsters was a song that was a collaboration with blackbear, which was an experiment in and of itself to see if that would work and connect with people. And it did, so all of it – top to bottom – really informed where we’re going next."

When asked if that now means there's more pressure on what All Time Low come out with in the future, Alex agreed, "Yeah! It’s hard not to get a little caught up in the pressure of trying to follow up on a thing that’s been massively successful, you know? And I say that in the most humble of ways – I’m not trying to sit here and brag! We’re 15 years into a career and we’ve had some successes with a song that we’ve literally never had before in all the time that we’ve been a band.

"It would then be easy for us to look at that and want to chase it because it’s this new thing that’s bubbling for us, but I think you have to err on the side of not doing that – not feeling too much pressure and just writing songs that feel true and authentic in the moment. If they go and work and do amazing things then that’s great, but these moments come and go, and we’ve been in it long enough to know that chasing them usually ends up not working out as well!”

Catch All Time Low at the following UK dates later this year: