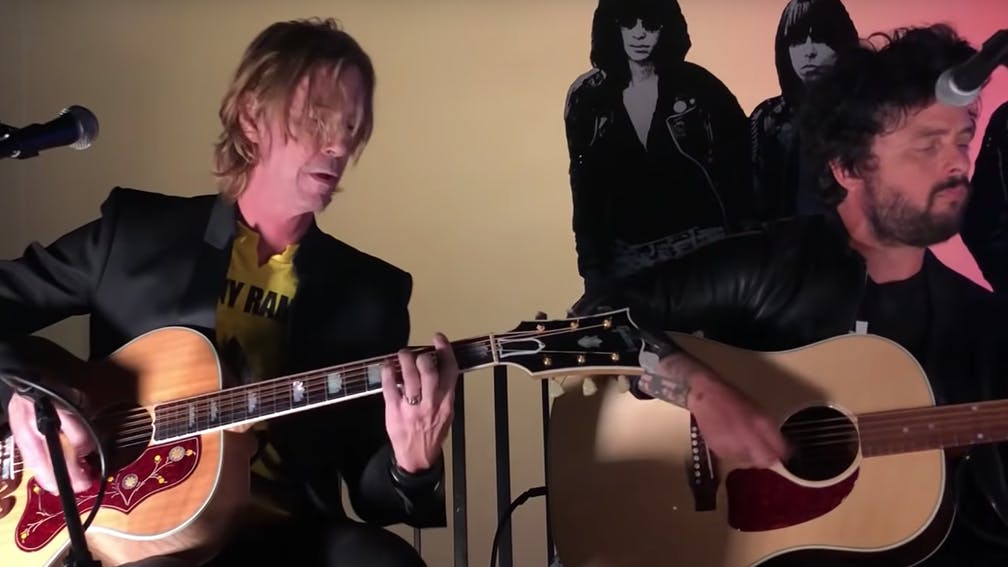 Watch footage of the musicians playing a bunch of Ramones hits, as well as a cover of Sex Pistols' Pretty Vacant. On the night, Billie Joe told Forbes of the importance of The Ramones' logo to him: "When I was a kid I watched on late night TV was a show they were playing in Ann Arbor and if you look it up it's on YouTube. They sounded so fucking good and the energy in the crowd was so completely into it and they had the big banner behind them with the big symbol and I always remember that. The imprint is permanently imprinted into my brain."

Check out the videos below: