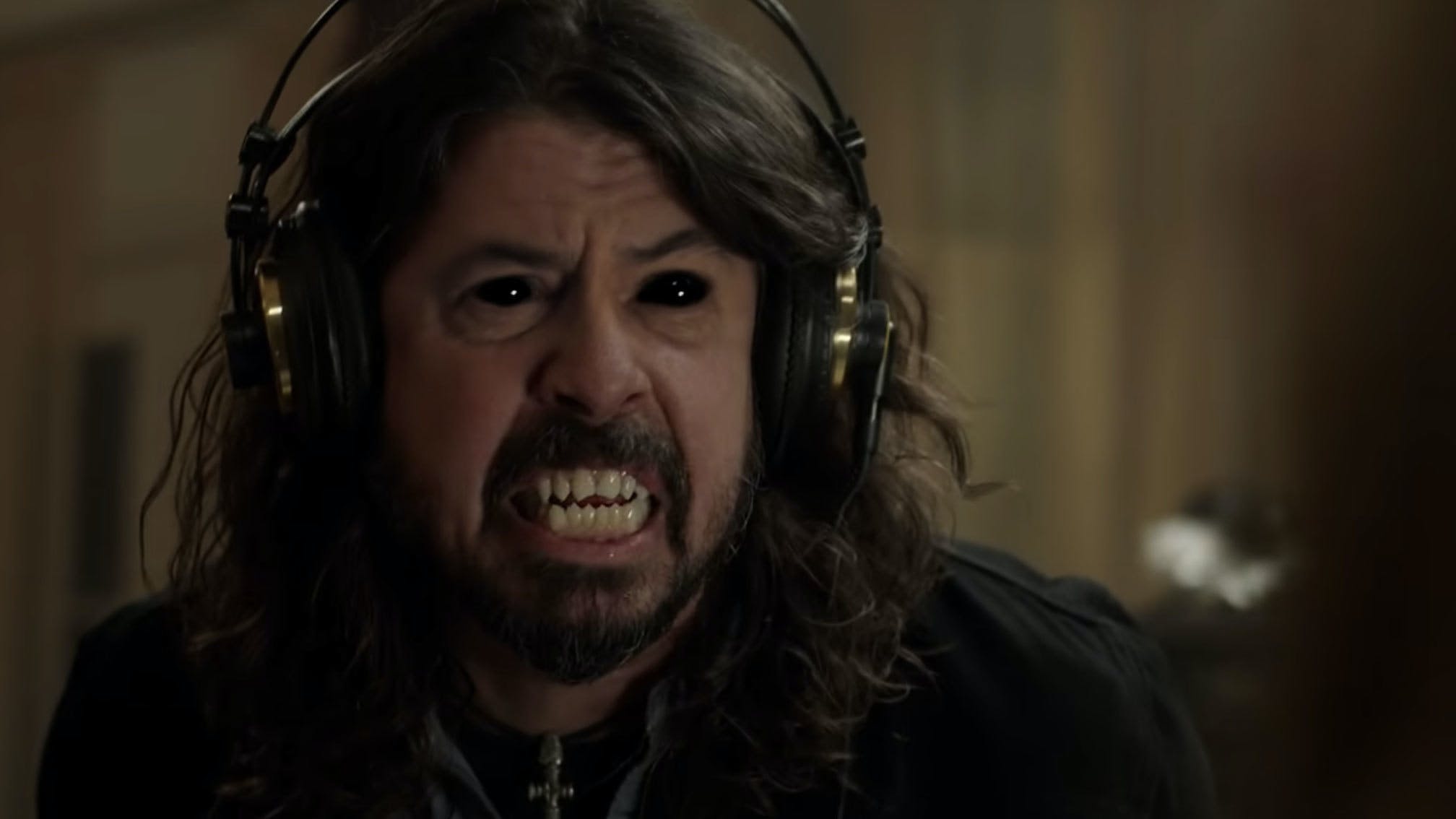 While Dave Grohl had previously warned that studio sessions for the creation of Foo Fighters' latest album Medicine At Midnight were haunted by ghosts, the band's fun new movie Studio 666 will seemingly take that experience to the absolute extreme (at least, we hope…).

The rock titans have shared a full trailer for their upcoming February 25 horror-comedy, which was written by Jeff Buhler and Rebecca Hughes and based on a story by Dave.

And in the spooky clip we see the band – completed by Nate Mendel, Taylor Hawkins, Chris Shiflett, Pat Smear and Rami Jaffee – head to a massive California mansion to work on album number 10, but things quickly start getting pretty damn weird for the frontman in particular…

Previously, Dave teased of Studio 666: "After decades of ridiculous music videos and numerous music documentaries under our collective belts, it was finally time to take it to the next level… A full-length feature horror comedy film.

"Like most things Foo, Studio 666 began with a far-fetched idea that blossomed into something bigger than we ever imagined possible. Filmed at the same house where we recorded our latest album Medicine At Midnight (told you that place was haunted!), we wanted to recapture the classic magic that all of our favourite rock'n'roll movies had, but with a twist: hilarious gore that fucking rocks. And now, with the help of Tom Ortenberg and the team at Open Road Films, we can finally let this cat out of the bag after keeping it our best-kept secret for two years. Be ready to laugh, scream, and headbang in your popcorn. Studio 666 will fuck you up."