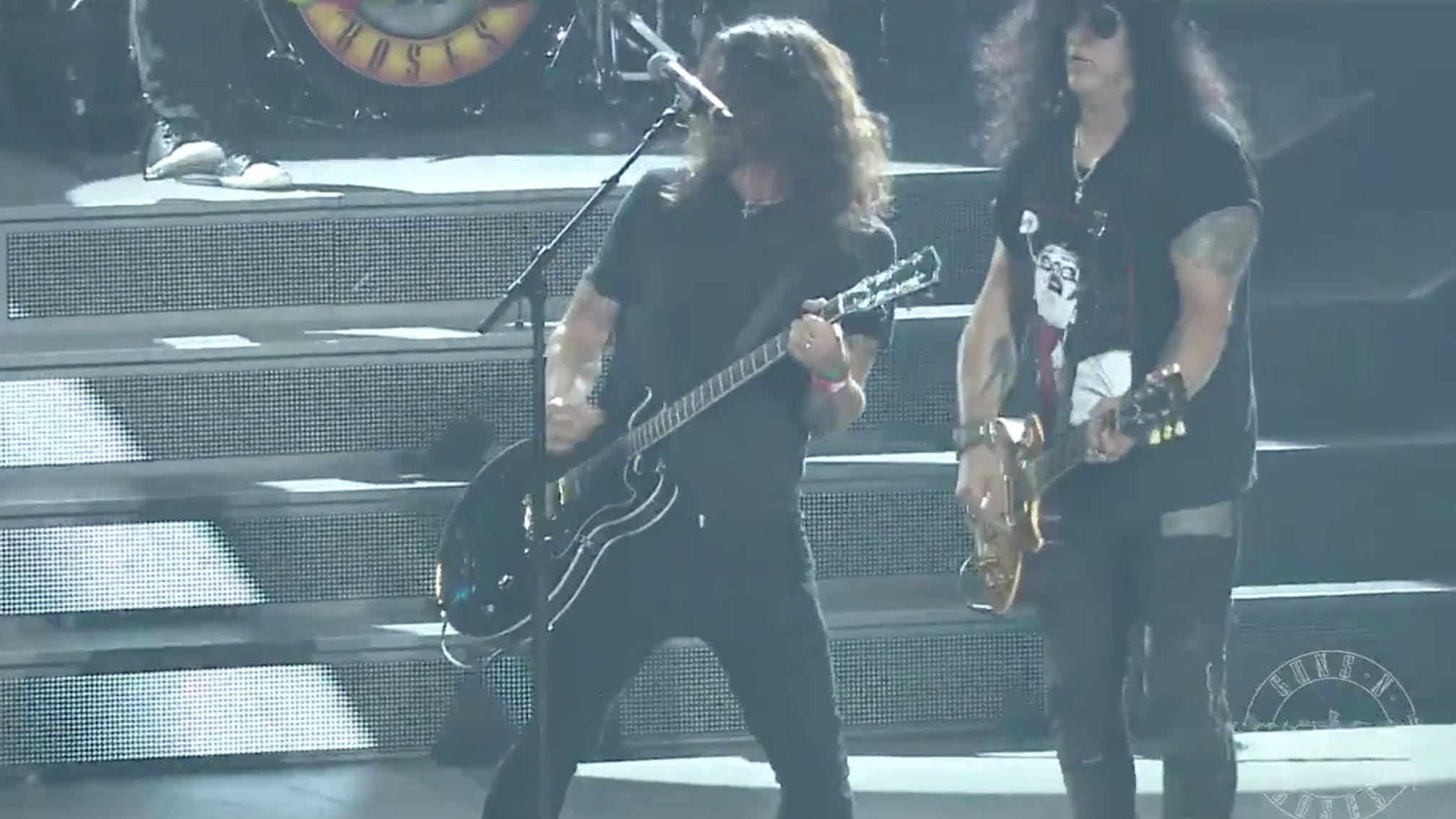 Though we're going to have to wait until summer 2021 to see the mighty Guns N' Roses live again, the band have thrown things back several years to a show featuring a very special guest: Dave Grohl.

Taking to Twitter on the third anniversary of the event to repost the moment the rock legend "just happened to be in the neighbourhood" in Tulsa, Oklahoma on November 14, 2017, Guns shared a video of their onstage performance of Paradise City with the Foo Fighters frontman, adding a very appropriate fire emoji in the caption.

Read this: Foo Fighters' Dave Grohl on the shows that made him

Of course, this isn't the only time Dave and Guns have crossed paths in a live capacity these past few years. After Foos' leader broke his leg in 2015 and subsequently performed on a throne made of guitars on tour, GN'R frontman Axl Rose then borrowed the fancy chair the following year after breaking his foot.

"When Axl borrowed it, his management asked how much do you charge for the throne? You can’t charge anybody for the throne, it’s bad karma! So I let him have it," Dave later told Radio X. "At the end of the tour, he gave me – as a thank you gift – the most incredible guitar, the best guitar I have ever had in my entire life."

Lovely stuff. Check out Dave rocking out to Paradise City below:

Because it absolutely rules, check out Guns' original footage from the show below:

Catch Guns N’ Roses at the following dates next year: