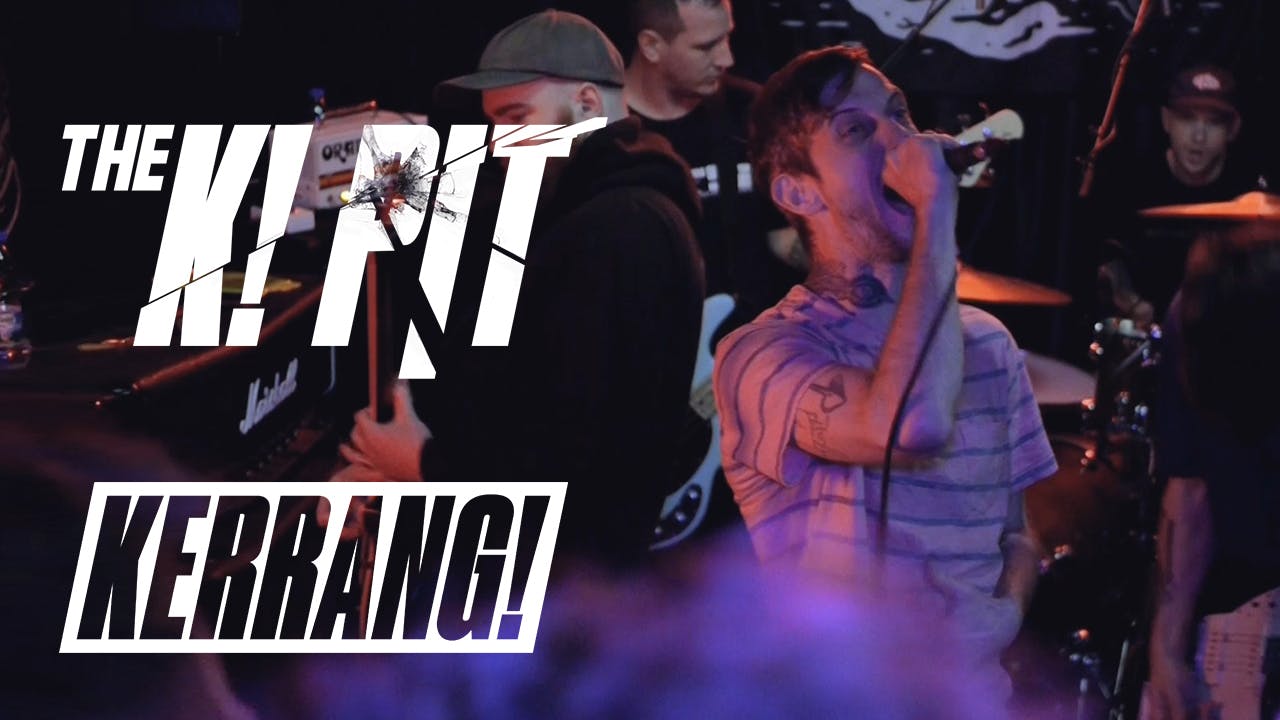 We're keeping the punk train rolling on with this week's K! Pit, courtesy of Drug Church. Following on from Boston Manor's riotous set at Blondies last week, the Albany hardcore crew stormed into our favourite London dive bar to take some names.

With 50 of their biggest fans packed in to the tiny east London venue, Drug Church blasted through a seven-song set that sends bodies colliding into each other and vocalist Patrick Kindlon climbing on top of the crowd. Joking that their show at Blondies is an underplay, Patrick shares stories with The K! Pit, including how poverty made him bald.