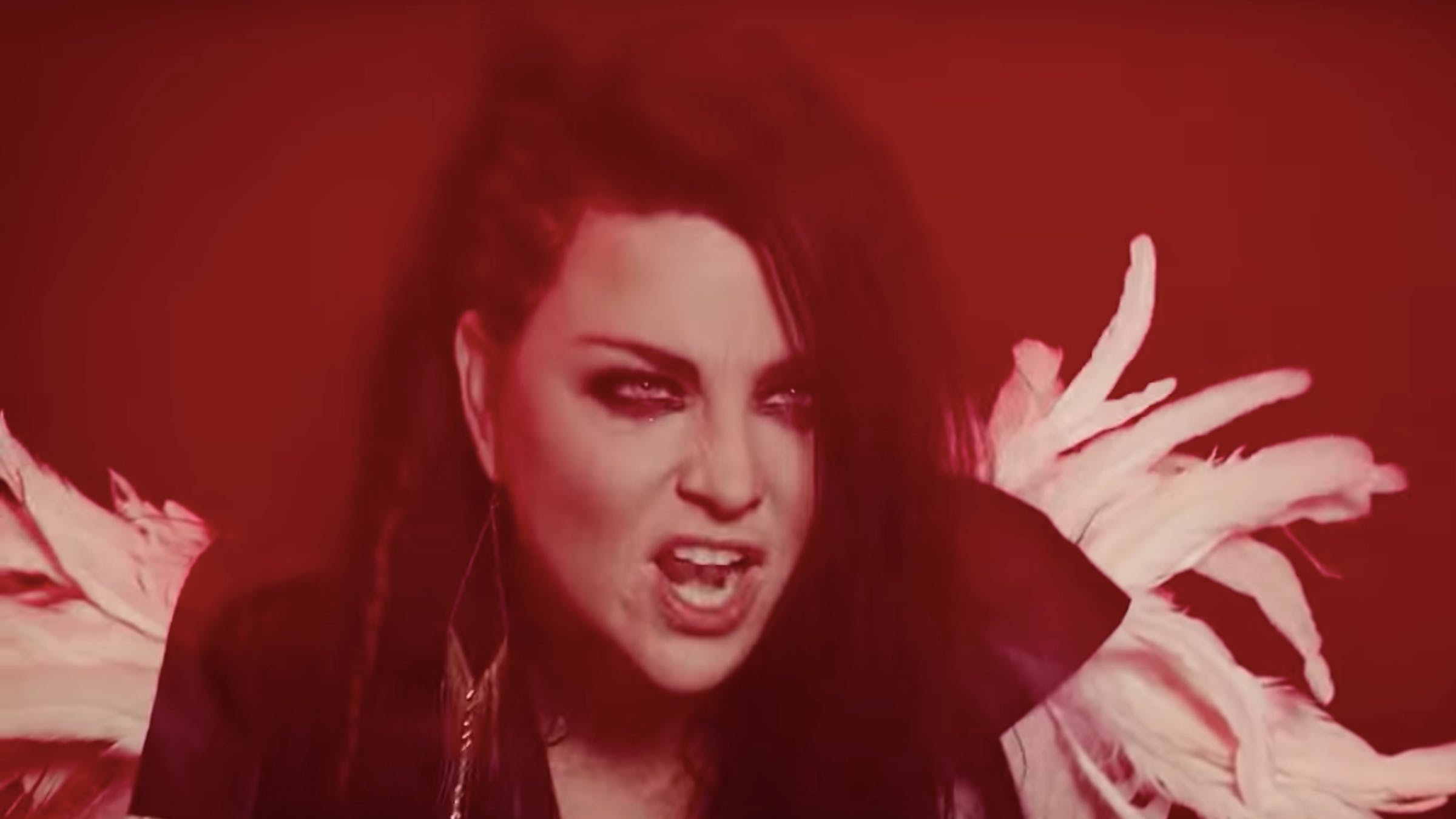 Back in November, goth-metal chart-toppers Evanescence released a cover version of Fleetwood Mac's The Chain, to be featured on the Gears 5 soundtrack. Now, the band have dropped a video for the track, which you can watch below.

As you'll see, Evanescence's video for the chain is pretty straightforward -- performance footage alongside Gears 5 graphics. That said, the band use simple tactics regarding costume and set to great effect, drenching themselves and their wreckage-strewn surroundings in scarlet smoke. It's an example of how to create an atmospheric video without going overboard.

Watch The Chain below:

READ THIS: This Linkin Park/Evanescence mash-up will rip your heart out

In a recent Reddit AMA, Amy Lee spoke about how to craft a powerful cover song, saying, "For me, a cover has to be really different from the original. There has to be a new thought, new idea, new perspective. Otherwise, I’d rather just go listen to the original. So a cover idea for me usually comes out of loving a song, and having a desire to hear it differently.

"I’ve referenced this a lot but one of my favorite covers that taught me that idea is Tori Amos doing Smells Like Teen Spirit. In a new light, after Kurt’s tragic death, hearing those words sung back in full, clearly and slowed down, with a new voice of loss- changes the whole feeling of the song from angst, rage, even fun -- to incredibly heartbreaking. Hearing it back that way makes you zoom in on what he was saying in a totally different way."

Evanescence are set to enter the studio in the near future, having said in a recent interview that they've finally found the time to come together and focus on new material.

“[We’re] working on our new album – yay! – for the first time in a long time,” Amy enthused. “We’ve been just getting together for a little -- we call it band camp - little writing camps for a few days and we just work on new music. We’ve got a good handful of really cool songs going right now.

“So I’m excited, I think it sounds awesome,” she continued. “We’re going in the studio sometime in the beginning of next year to start some of it. We’re not going to do it all at once; we’re going to just, like, go as we go kind of thing. So, yeah, there should be new music to hear pretty soon.”

In the meantime, UK and European fans can catch the band live with Within Temptation at one of the following upcoming dates:

READ THIS: 10 songs that showcase the best of Evanescence and Within Temptation