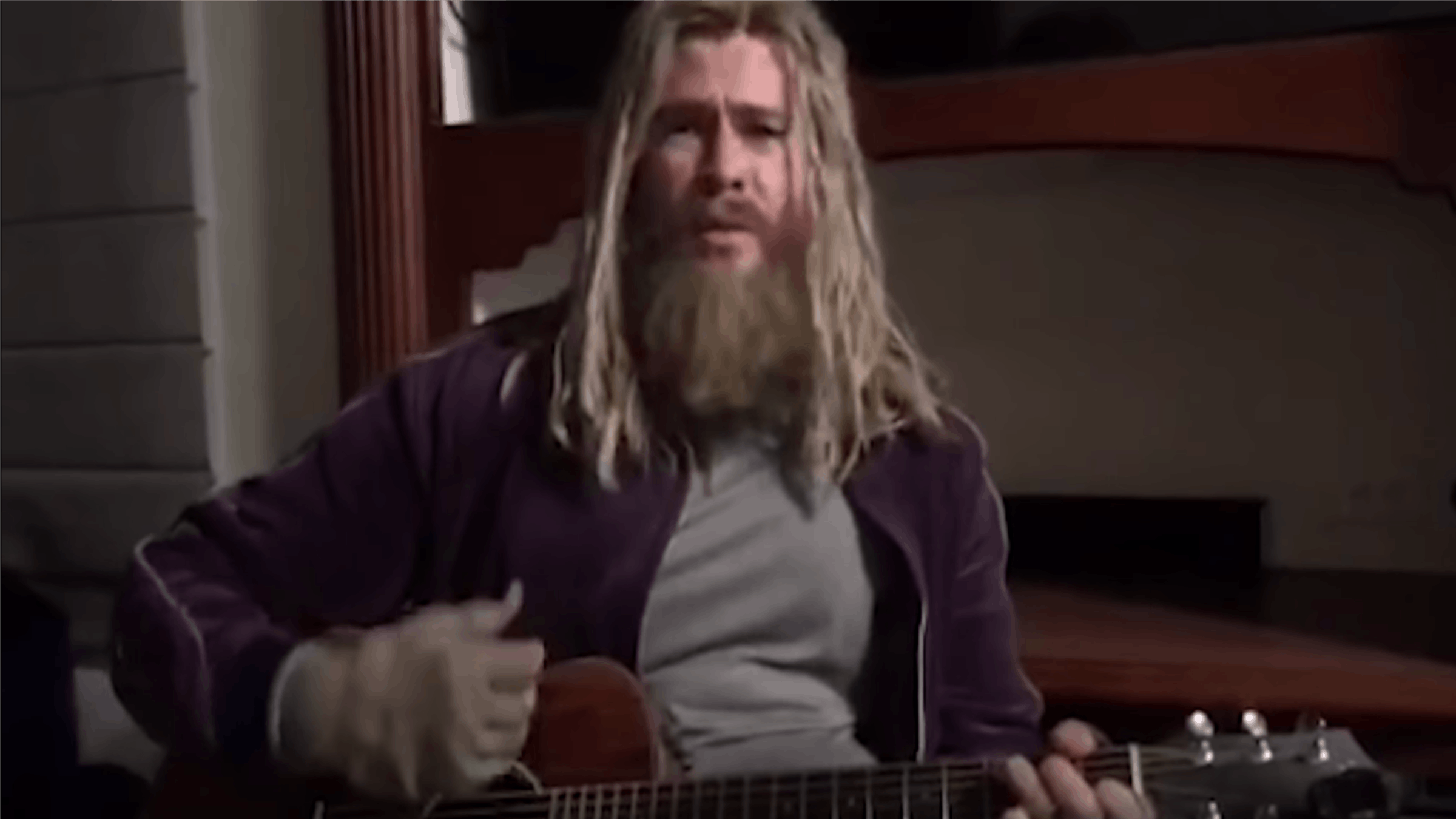 Miley Cyrus isn’t the only big-name star repping Nine Inch Nails right now. Recently on The Tonight Show Starring Jimmy Fallon, Thor himself Chris Hemsworth shared a brief video of how he prepared for the fat, depressed version of his character we see in Avengers: Endgame. His process? Playing guitar to perhaps the bleakest song ever made: Nine Inch Nails’ Hurt.

Since this is an acoustic rendition of the track, the song in the clip is much more in the vein of the Johnny Cash version of Hurt than Trent Reznor's. Chris even refers to it as, “Johnny Cash’s Hurt.” The video shows him in full Thor attire -- well, the attire he wears as the fat, slovenly version of the character we see later in Endgame -- and slurring the words of the track like the drunken slob Thor turns into. His cheeks are either shining because of the rosy red make-up, or it’s meant to signify him crying like a baby. Either way, this sets up the sad aura that surrounds Thor in the latest instalment to the Marvel Cinematic Universe.

In discussion with Kerrang! on The Downward Spiral’s 20th anniversary back in 2014, Trent Reznor was in disbelief with how old the record was. Now, of course, it's a whole five years older…

“Twenty fucking years ago? Really?" he scoffed. "It seems like about five years ago to me. I was high for several… I missed some time.”

He went on to add that he really liked the record, stating, “It was hard to do and it beat the shit out of me, but I’m proud of it.”

The marks the beating left would remain in Nine Inch Nails’ music forever, with Trent concluding, “The Downward Spiral became a self-fulfilling prophecy, I wound up distorted; someone I didn’t know.”