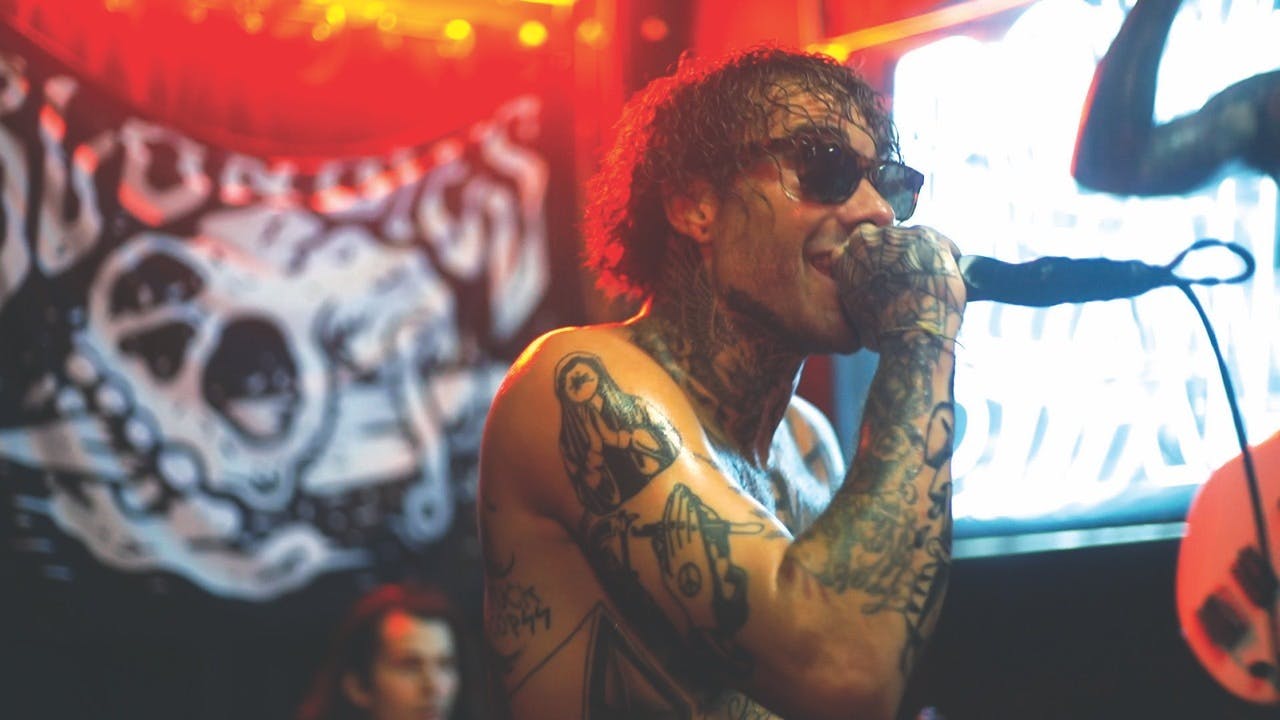 Just when you thought it was safe to enter the K! Pit, FEVER 333 come along and go absolutely batshit. The hip-hop/punk/metal genre-benders brought the chaos to Blondies in London for a special show, exclusive to Kerrang! readers. Can you imagine seeing Jason Aalon Butler and co. in a bar barely big enough for 50 people? Well imagine no more – you can watch the carnage as it happened!

We caught up with Jason after the show to talk about his onstage intensity and the fire that takes over whenever he picks up a mic.

“There’s only one way I know how to do it,” he tells Kerrang!. “I’ve been speaking to a therapist to find out why I have this reckless abandon onstage, because it’s concerning sometimes to people who care about me.”

Not that he ever thinks about it.

“And I think that’s an issue, to put it lightly,” he elaborates. “I’m trying to figure out what it is and why, and understand not how I can quell that thing, but figure out how I can utilise it in just as exciting a way, but without putting myself at risk.

So does that mean Jason doesn’t want the main takeaways from the show to be, say, the image of him performing in a motorcycle helmet during the K! Pit?

“One hundred per cent,” he says. “As I get older, I get a true sense of the artist I’d like to be. I’ve always wanted to be someone who speaks to the people, and while my representation, physically, is certainly a component of my message, I don’t want it to overshadow the message. I want it to be an integral part, or equal parts, but a sense of empowerment is what people should take away. Mental and emotional empowerment are more effective as tools for people than me abandoning all ideas of my self-care.”

Make sure you're checking Kerrang!'s Facebook today for the full demonstration from FEVER 333.