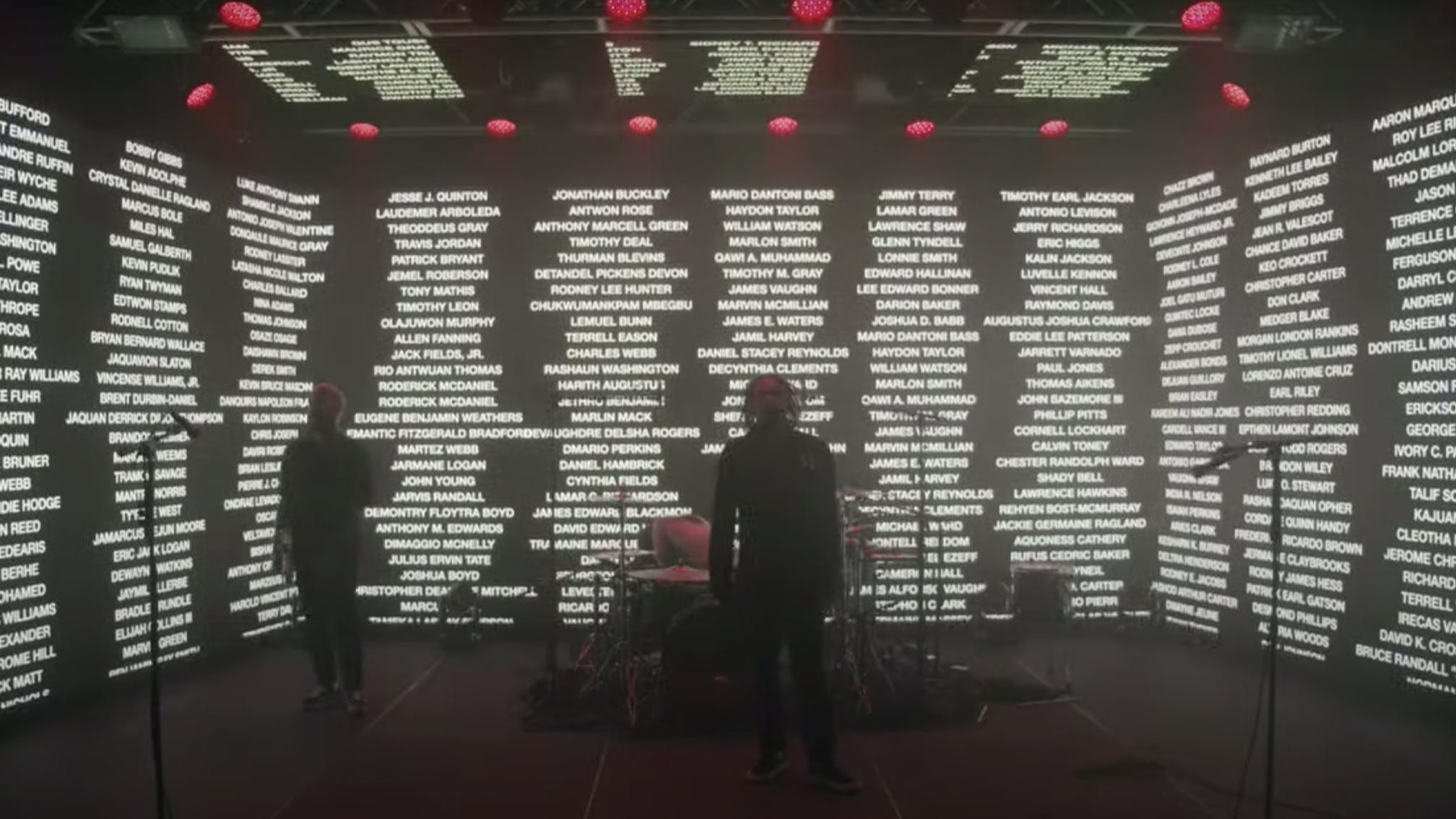 On June 3, FEVER 333 unveiled Long Live The Innocent – a full-production livestream with proceeds and donations going towards the Minnesota Freedom Fund and Black Lives Matter.

And not only did the eight-song set feature some of the trio's most fiery material (One Of Us, We're Coming In, Burn It), frontman Jason Aalon Butler made several impassioned comments and speeches throughout the video, calling out the music industry for not supporting black people properly, and challenging viewers to have serious conversations about race struggles in America.

After a typically timely rendition of The Innocent ('No more excuses / We must refuse this / Silence is useless / Long live the innocent'), Jason paused to speak directly to viewers, explaining the band's ideals and opening up about systems that "do not care about us – not the way it cares about itself".

Read his incredibly moving speech in full below, which began around 33 minutes into the livestream:

"For years we've been fighting, due to ideals, constructs known as 'race', and the fear of each other. Right now in America, there is a fire that is being stoked, flames that are being fanned by people in power. The people are relinquishing their power – the very power that we possess, simply by existing, as a people, as a nation, as a constituency. We are giving up our power to someone, and to people, and to a system, that does not care about us – not the way it cares about itself.

"I don't care where you sit on this spectrum: if you're able to watch the atrocities that are happening every single day – much like our brother George Floyd being slain on the streets in front of a camera – and you don't think that there's a problem, then you are that fucking problem.

"Like I said, this is a safe space, and we can have that conversation all day. But do not retreat when I tell you what the fuck it is that you are. These are facts laid out on paper. These are policies written out, systems in place. You can find this out for your very self. This is not bias. I promise you: if you seek this out, you will find it, and it will be verified by our system – the one I mentioned earlier.

Before this, the band paused to remember all those who have been lost over the past few years, with Jason also then calling out a music industry that benefits from black people – but doesn't do enough for them.

It's a sentiment that echoes a conversation that Kerrang! had with Jason earlier in the week, in which he explained how rock music "never shows up for black people".

Check out the setlist:

1. Made An America
2. Only One (Prey For Me second part titled 3)
3. One Of Us (followed by a pause to remember all the victims passed in the last few years)
4. The Innocent (followed by Jason speech)
5. Inglewood
6. We're Coming In
7. Supremacy (live premiere)
8. Burn It