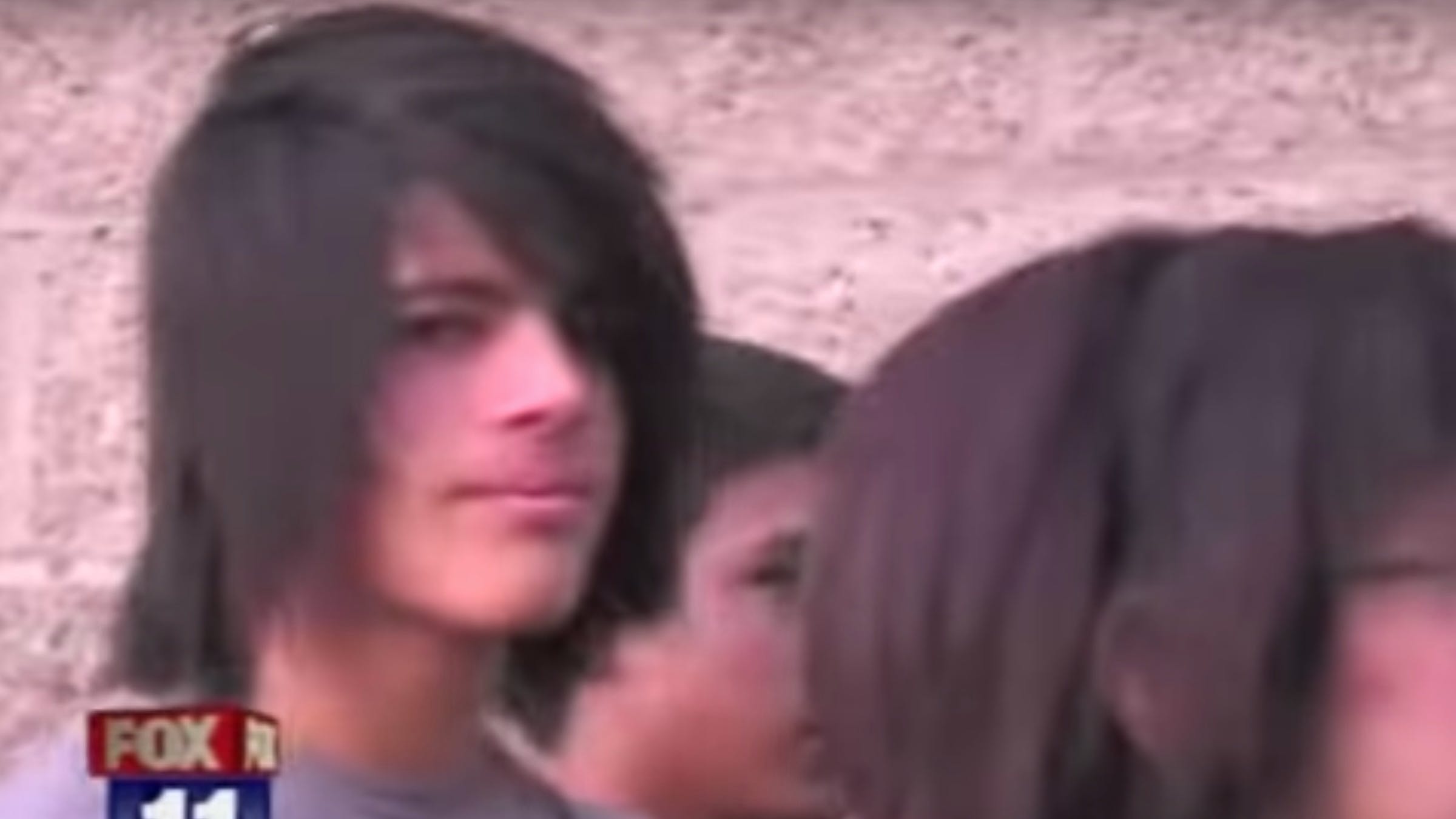 It's become predictable at this point: no matter how far society progresses, parents will always be freaked out about the aggressive rock'n'roll music listened to by their kids. No matter how many generations of rock fans turn into parents themselves, they will be horrified, mystified, or outraged by whatever mutation of rock music their children adopt. If you want a perfect example of this phenomena, you only have to watch Fox News' insane 2006 report on "emo scene kids."

To the modern viewer, this "undercover report" is perhaps the most ridiculous thing ever created. This is in part because of the terrific shots of the most gaudy, scened-out emo kids the cameraman can find, which will make most viewers both laugh and blush as they remember their snakebite piercing phase. But what's even more unbelievable is the insane fear-mongering tone of announcer Leelila Strogov as she discusses concepts like dudes wearing eyeliner as though they were signs of the endtimes.

The worst, though, is when, after vilifying emo kids for three minutes, Fox News also takes a moment to discuss how horrible punks and hardcore kids are for beating up emo kids. It's tangible proof that the end of the day, all this report really wants to do is terrify parents. Are your kids wearing skinny jeans? They might be self-harming. Do they rock Mohawks? They might be attacking the self-harmers. The entire thing is a tragic reminder, even while it's comedy gold.

Educate yourself on the national scourge that is emo below:

READ THIS: How 10 of rock's most beloved subgenres have evolved

It's worth noting that while reports like this are hilarious, they aren't harmless. These sorts of exposés give ignorant, violent people new targets in their campaigns against anyone they deem different enough to be a freak. This was made all too real with the 2007 death of Sophie Lancaster, who was murdered alongside her boyfriend for dressing like a goth. So while we watch these time capsule reports for their nostalgia and entertainment value, we should always remember: fuck the people who profit off of making us afraid of each other.