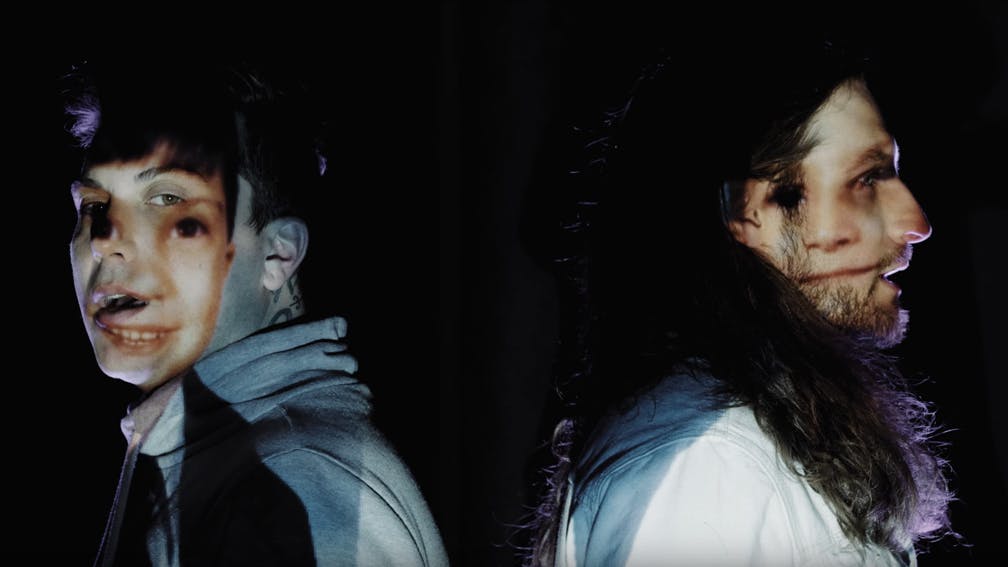 Frank Iero And The Future Violents have just dropped a brilliantly trippy new video for their single Young And Doomed.

The track is taken from Frank's third solo album, Barriers, which is due out on May 31 via UNFD (pre-order it here). Of the record's creation, the frontman says: “I never expected to do one solo record in my lifetime, let alone three. Every time I start a new record, I say to myself ‘This is it. This is the end. This is the last one.’ It got me thinking about how we set up these obstacles around ourselves. Sometimes they’re for protection and sometimes they’re to keep people out, and sometimes we even set them up so that we fail and we find solace in that failure. But whenever I find something that scares the shit out of me, that’s when I know I have to do it! And so these songs are about experiences that were either walls I wanted to break down or walls that I’d built up around myself in order to protect myself. But these songs were also things that I’d never attempted before but had always wanted to try.”

“This is who I am," he continues "I create in order to survive. And every chance I get I’m going to evolve and change. The ambition is to be for these songs to be perceived without any kind of past notion of what the project is supposed to sound like, to break down any and all boundaries and barriers that we’ve set up or that other people have set up for us. We really did go in and create something brand new for ourselves and that’s been such a challenge and fun undertaking.”

Check out the video for Young And Doomed below:

Following the release of Barriers, you can catch Frank Iero And The Future Violents live at 2000trees in the summer.

"A band with the potential to go deep and far": Our original 2004 review of Three Cheers For Sweet Revenge

“We thrive on conflict, opposition… everything”: The story of MCR’s Three Cheers For Sweet Revenge

The story of Three Cheers For Sweet Revenge: the album that changed My Chemical Romance's lives and the face of modern music forever…

My Chemical Romance's Frank Iero and Mikey Way have shared a fan's idea for a Welcome To The Black Parade LEGO set.