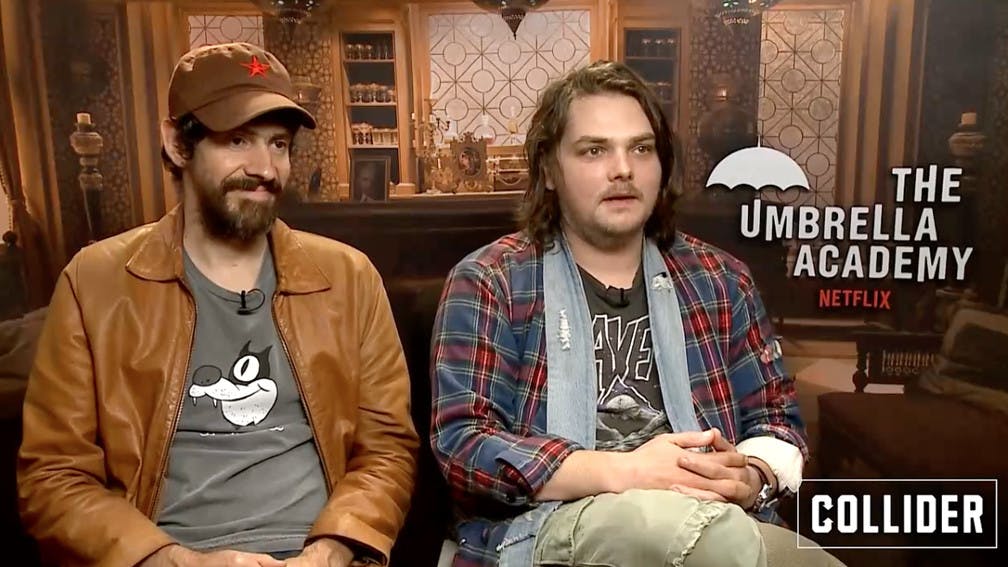 In a new chat with Collider, Gerard Way and illustrator Gabriel Bá discuss one of the most highly-anticipated shows of the year: the adaptation of The Umbrella Academy.

In a five-minute chat filmed in Brazil, Gerard and Gabriel chat about the process of turning their work into a TV series, as well as their plans for the future, and if The Umbrella Academy contains any surprises cameos from the pair…

“What I did for Steve Blackman [the showrunner] and the writers in that first writers room was to create an 18-page document that laid everything out – even of the graphic novels that haven’t come out yet, which should equal eight when we’re all done," Gerard explains when asked if he had to present a "five-year plan" to Netflix at first. "So I gave them the blueprint for what happens, because you do want to seed certain things in there for future series, and the hope is that it’s a success so that you do a lot more of these. Everybody is always very curious what Gabriel and I are doing next. We always send them the new comics. They really want to know what’s happening.”

The musician also praises Netflix for keeping "the weird ideas" in the show, and reveals that he sadly doesn't make any appearances in the show, adding that he's "become a little camera shy over the years".

We're so, so stoked for The Umbrella Academy's arrival next month. Check out the interview below.

In case you've been living under a rock, watch the awesome trailer below:

In music-related Gerard news, this year should hopefully bring the release of a "kind of heavy" witch-related track, titled I Am The Hag.